‘There Will Be No Miracles Here’ by Casey Gerald

‘There Will Be No Miracles Here’ by Casey Gerald 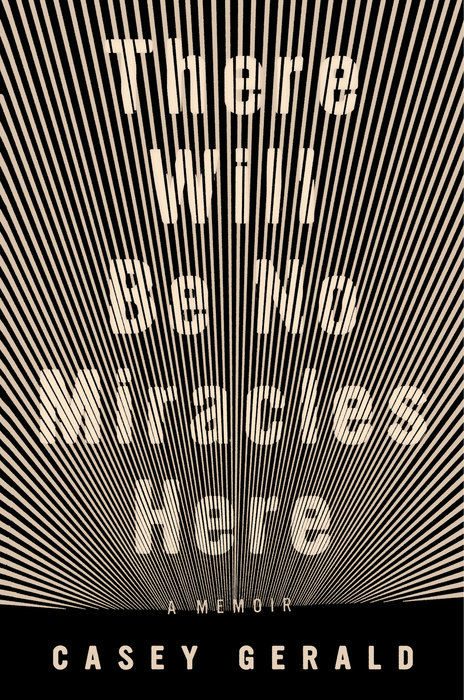 Casey Gerald’s excellent memoir There Will Be No Miracles Here, warns you in the title. He is right: there are no miracles in this book. And yet pouring through the pages, one can still hope, still believe, still have faith, that miracles will happen. But I am here to tell you, there are none.

Though there are no miracles, there is magic. Casey Gerald conjures lines so beautiful and heartbreaking, that you can’t look away, even if you want to. He is the rare writer that incites an almost visceral response from the reader. The memoir opens up in his Midwestern black gay boyhood. The son of a football star and the hometown beauty, one imagines such ingredients would lend itself to a fairy-tale childhood. But it does not. This is the cruel thread the narrative weaves again and again and again. The reader is constantly set up, expectations are teased, only to have the rug pulled out from under them. And this is how Gerald communicates the stakes. A black gay boyhood can shift from fairy tale to nightmare as quickly as a tiny foot can slide into a mother’s high heel shoe.

Following Gerald from Ohio to Texas where his family unravels, on the surface you feel like you’ve seen this all before. Black boy escapes the inner city and makes it to the Ivy League. And this particular black boy is nearly a Rhodes Scholar to boot. The good news is, Gerald resists this simple formulation, which is due to his effectiveness as a writer. He forces the reader to not merely passively observe his circumstances. He compels the reader to be an active witness. One feels at times almost complicit: “What am I reading here?” At times he even switches to second-person narration to drive the point home.

The strength of the memoir is Gerald’s beautiful clear sentences. He communicates the humanity of the people in his life, particularly his family, denying the reader the comfort of reducing them to villains or monsters. There are no miracles in this memoir, in part because there are no clear moral lines, and certainly no heroes, not even Gerald himself. At twelve, his mother’s deteriorating mental health condition, along with his father’s drug problem, shatters and devastates the family. Each is transformed, and nothing is the same again. Eventually his mother leaves him, leaves the family, disappears. Years later she turns up, and Gerald, his sister Tashia, and grandmother, go on a long road trip to retrieve her. They find her, their mother, or where she is staying, but the meeting does not go as they hoped. This is one of the most stunning parts of the book, and there are many. It takes a special kind of gift to be able to tell this story and inspire empathy for all involved.

As the memoir advances, and Gerald becomes more self-aware, from Dallas, to Yale, then Harvard, meeting Presidents and so on, he seems to disappear behind the curtains. This is most pronounced as he talks about his experiences with other black gay men, from early romances to even those, later on, that he fears will out him. At times they feel like types, and he relates to them based on how they function in his life, and I wonder if he could have gone further and taken more risks in how he shared these parts of himself with the reader.

I almost wish Gerald had broken up his memoir into a series of books, kind of like Edmund White’s autobiographical novels, because so many parts of this one book could have stood alone. There are many books in Casey Gerald, and I think he tried to squeeze them all into one.

One of the most remarkable feats of this memoir is that Gerald repurposes the “coming out” narrative to capture the complexities and nuances of being a black gay man. The closet is not the central theme of the book and his ability to overcome it. Rather, it becomes an antagonist among many other antagonists, a form of structural violence much like the rest. Identity isn’t something you come out to, but rather an inward discovery.

Charles Stephens is an Atlanta-based writer and activist. He was the co-editor of the anthology Black Gay Genius: Answering Joseph Beam’s Call.