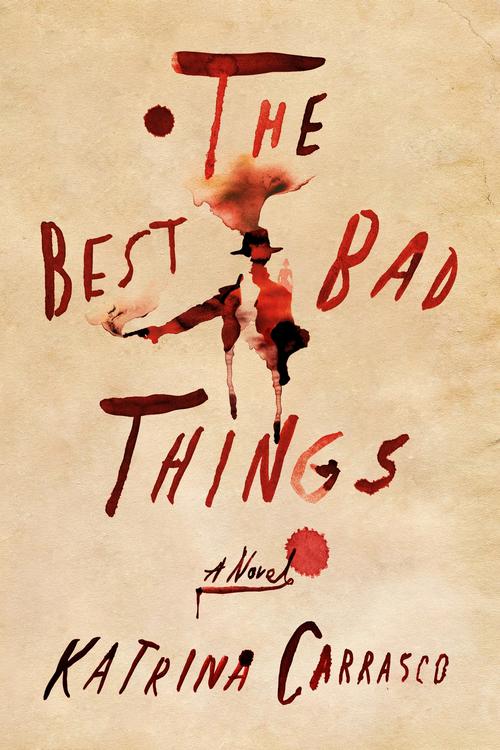 Katrina Carrasco’s debut thriller reminds me that crime fiction can produce flexible, dynamic characters and plotlines. In a genre that often relies on stock characters like the hard-boiled detective, the femme fatale, the tough gangster, and the angelic ingénue, a reader will feel refreshed to see that Carrasco challenges those types of characters without turning against them. Carrasco exposes these characters’ artifices without denying that they have the power to compel and to entertain.

Set in the Washington Territory during 1887, Carrasco’s main character, Alma Rosales, is a detective trained by the now-defunct women’s arm of the Pinkerton Detective agency. Rosales works for the alluring Delphine Beaumond, the leader of a thriving smuggling ring. Delphine, a past lover of Alma’s, charges her with discovering and stopping a leak in her lucrative opium pipeline. Alma disguises herself as Jack Camp (a hard, wily, and savage dockworker) so that she can get close to the handsome Scotsman Nathaniel Wheeler and his complex network of thugs and criminals. Through the course of the story, Alma shifts her disguises and manipulates a number of foolish tough guys. Alma also encounters sly and seductive women as she attempts to plug the leak, avoid discovery, please Delphine, and satisfy her sexual appetite.

The reader understands that Alma Rosales’ disguise, the persona of Jack Camp, suits her; in fact, her disguise may bring out her inner truth. After all, Camp has more agency than Alma in the rugged and unforgiving landscape of the 19th century West Coast. Camp evokes respect for his athleticism and his ability to take action. In juxtaposition, women find social respect through their static beauty or sexual availability. Carrasco repeatedly reminds readers that Alma binds her chest, and this act is an essential part of her disguise. However, this detail of Rosales’ physicality irritates her. As Jack Camp, Rosale throws herself headlong into the wild west coastal town of Port Townsend and its gritty underworld. Carrasco demonstrates her extensive research, vivid imagination, and energetic prose style by depicting the depth of Camp’s sensations. Jack feels a busted lip, the heat of arousal, or a snowflake burning on his cheek in gorgeously detailed imagery.

As much as Alma’s character gripped me, I wanted to understand her better. I hoped to know how she came to be, to see her reflect on her persona as Jack and what that masculine identity means to her. Perhaps I am missing the point; after all, Rosales is not a character of reflection or self-analysis. Alma depicts immediacy, action, and sensory experience. We don’t fully understand her. While some readers may argue that Alma doesn’t fully understand herself, she doesn’t seem to care to. This character is a force to be reckoned with–not to mention, she is a blast to read.