Jos Charles on Poetry, Alternate Timelines, and the Entertainment Industry

Jos Charles on Poetry, Alternate Timelines, and the Entertainment Industry 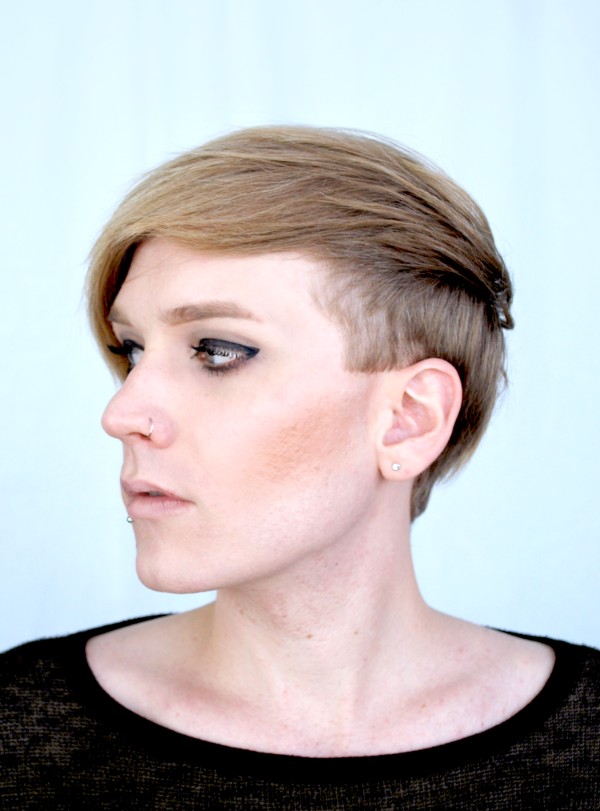 Jos Charles and I met about five years ago through a mutual friend. At the time I was studying at NYU and drudgingly making flights home to Los Angeles. For many years Los Angeles was the place of my isolation, where I hardly knew any writers or queer and trans people. For decades, LA was not somewhere I could write or imagine other writers living. Jos Charles felt like hope to me because she made me feel like it was possible to be a trans poet, editor, and activist in a location that once felt so lonely. We began to have coffee and lunch dates when I would visit my family in the outskirts of Los Angeles. We would sit on the beach with my childhood friends and gossip about what poetry we were reading.

Jos has created community for trans poets in Southern California and nationally as the editor of THEM, a journal that Jos co-founded in 2013. Jos has also written the poetry books Safe Space (Ahsahta Press) and most recently feeld (Milkweed Editions), which was long-listed for the National Book Award in poetry in 2018. In 2016 she received the Ruth Lilly & Dorothy Sargent Rosenberg Fellowship from the Poetry Foundation. Jos Charles has an MFA from the University of Arizona. She is a PhD student at UC Irvine and currently resides in Long Beach, CA. In this interview Jos and I will discuss her most recent book of poems, feeld.

This conversation will also talk about Los Angeles, trans cultural production, and the possibilities of existing in alternate timelines.

I’ve been thinking lately about how much the literary landscape has shifted over the decades in Los Angeles and what it means for more poets to now be calling Los Angeles home. One of the poetry  movements often affiliated with Los Angeles was the hyper-masculine and white literary movement of Charles Bukowski and the Meat School in the 1970s and 1980s. Do you still feel the hangover from that legacy while writing in Southern California?

This is all general and speculative, but I strongly feel that, more than the Meat School, there is a ghost of, or a wish for, a new New York School as a norm for the “writing scene” in Los Angeles. There is a post-slam sincerity, vulnerable “I,” declarative curtness, embrace of entertainment conceits, frequent refrains and anaphora, and so on. None of that is exceptional to Los Angeles or without precedent, but it’s certainly different than what the Los Angeles “scene” was even 5 years ago. Bukowski and a kind of Beat sensibility—that most uncool coolness—was there, but also remnants of Berkeley or Bay pastoralism (Jeffers, Hass, Spicer), a tinge of Ashbery. The scene here feels, at this time, a weird one, a penultimate one; it is hard to foresee what will come of it.

I also wonder how the pull of Hollywood and screenplay writing impacts poets in Southern California. Do you ever feel a pull towards writing for film or interacting with Hollywood? I know some poets from the area are very interested in both of these crafts.

I do not like that kind of large, entertainment production system because its magnitude is all in service of the rich, creepy people who are fronting the bill. I think of the film, Andrei Rublev. During the last scene in the film there is this bell that ‘belongs’ to this prince, who, wandering back and forth on his horse, is creeping on girls and threatening death. And, according to market logic, we the audience are led to that simple, old socialist truth: the work belongs to the people that made it.

That is exemplary of the bell in this film, collectively made over weeks for this brief ringing in front of the Grand Prince who fronted the bill. Yet, ideally, one wouldn’t afford the ownership of the artwork or content to their funding, nor fault the artists who are taking that money in order to live. I can’t imagine myself being able to stomach it though. I can hardly handle the anxiety of being responsible to the few thousand dollars it takes to circulate a book of poems, let alone the millions or hundreds of millions for a Hollywood production.

Pertaining to your new 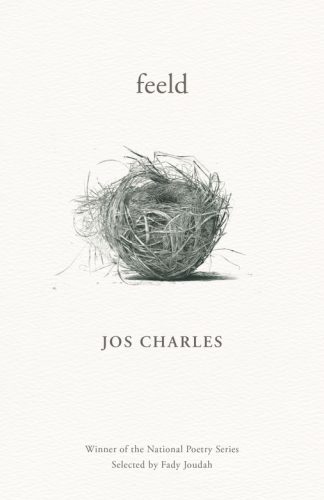 book, Stephanie Burt compares your writing to poets of the past, such as Spenser and Joyce. Fady Joudah writes of your book that it is “Chaucerian English into the digital twenty-first century.” How did you come to create this voice?

I think the voice of feeld so far has been characterized by its alternate spellings. The references of these alternate spellings are, among other things an expression of Spenserian orthography, internet and text speak, online trans discourse, phenomenology, and post-theory. The Middle English aspect is there, but, ideally, it’s not determinative. My intention was more of a kind of detritus of modernity—all these discourses mashed up in ways I found useful to put forth—in the hopes of facilitating an alternative, parallel speak adjacent to, or underneath, ‘ours.’ I was thinking of it as a speculative project, a poetic version of speculative fiction—an alternate timeline.

Can you elaborate more on your idea about creating an alternate timeline and why you felt it an important project? I think that’s so interesting.

feeld interacts with genre, or I hope it does, in trying to put spellings, words, and concepts, into constructive, new orders. Thus the spelling of gender as ‘gendre’ across the work. The utopia of liberal identity politics often has similarities with genre-thinking. Netflix categories and tumblr descriptions begin to overlap. One could imagine the category ‘films featuring strong, kink-positive, comic-loving, white, trans women leads.’ This isn’t bad—it’s just metadata. But, there is a risk in thinking that the goal ought to be inclusion in a genre. But that’s not it at all! Genre, as metadata, is mere representation, based on interests, in order to make sorting, finding, or avoiding certain products easier—not exhaustive of what some content in that genre is, whether it’s any good, let alone what we ought to do.

I wanted feeld’s use of ‘gendre’ then to operate in both these ways: imagining both a knotty, opaque kind of transness, and genre as well. I wanted a book that would’ve made a twelve year old Jos, Tolkien book in-hand, like poetry.

Your acknowledgements celebrate Paul Celan. Can you speak to his influence on your work?

Celan writes a kind of hope that’s an antidote to what we are now saturated in: liberal, bad faith hope. It’s a poetry brimming with possibility—connections to one’s history, past, memory, but also what is to be done. His late poems especially are such precise, descriptive objects—and astoundingly, after 1945, after the death camps, and in German. His work is and has an afterlife—like turning, leaning in, and whispering a word as the world ends. His lines, for me, are very useful, and beautiful.

I keep thinking about your book the phonetics of your book. It reminds me of when my mother (an immigrant from El Salvador) was attending night school and would ask me for help with her essays in English. I would feel stumped trying to explain the English language. I feel like your book points to all the nonsensical rules in English and every intentionally misspelled word feels like a slant rhyme to me. For example, “tragyck” “aire” “crowne” “dayes” “sirfase” “everythynge.” Can you talk about your relation to phonetics and grammar in producing this book?

Words are difficult. Coming to read and speak is difficult. It involves not only a host of motor and ‘personal’ skills but, and not unrelatedly, national, gendered, racial, cultural, and other ‘social skills’ as well. For some there is an apparent ease of putting together the color of the table, the shape of the table, the feel of the table, the sound of the pen writing on the table, the concept of it, and the word “table,” into some kind of unity. It comes harder for others and is impossible for some. While I embrace an, admittedly, idiosyncratic version of ‘coming to read and speak’ with feeld, I do think poetry can, as one of its many capacities, rework that presumed unity of the word into more useful and productive configurations. There are other ways to order the world than what the rules of a language may allow.

The poem “XLVII” is one of my favorites in the collection, where the narrator lamentingly says “i became the byrd / soot / they sent me / inn.” The desire for connection with other people in this poem is placed within a landscape of disownment by “the byrds” or cis people. To (or of) cis people, the narrator writes “how manie / holes wulde blede / befor / u believe / imma grl.” When speaking of trans dating, the narrator writes “grls / lik us / such lite / dont get boye frends.” Can you speak more to this feeling of wanting to connect with others while concurrently holding the interpersonal micro-agressions and overt-harassment that trans people experience daily? I think this intimacy is so important to the book, who it is written towards and why?

It’s difficult, still, to say, but I mean these things, as pertains to structure, literally. Family leaves trans women, men fuck but never love trans women, there’s little hope beyond accessorizing with cis women, and the trans women closest to us keep dying. I mean this tendentially, not necessarily; there are exceptions, sure, but they are precisely that, exceptions.

It is typical, here, or in this kind of work, to state such fact only in service of liberal optimism or reform. I wanted feeld to never lead us to that kind of ‘progress’ because I truly don’t think it is inevitable—things could, and often do, get worse or remain static. But I also wanted to account for the reader, to invite them into that space, that clearing or deforestation of, possibly, their own making, and to speak in a way that disclosed how things could be other than they are. That, hopefully, more productive kind of hope.

I keep thinking about the title feeld and “sum 1 inn the feeld / sprede lik the flatend hil” from poem “LIII.” In this book, the “feeld” feels like a place to be strived towards. Can you speak more about the “feeld” as a place?

The feeld is a shape, a clearing—what anticipates some structure. Maybe we ought to sustain that, the anticipation of what is possible after immense, sustained loss, or maybe we ought to build something that works for those who, desperately, need it, or maybe the project ought to, mid-construction, a pit in the earth, be abandoned. It all depends on whose anticipation, what structure, what place, whose land—and who is cultivating, why, and under what violence—we are talking about. My hope is that shape, the feeld as a tool for thought, is useable beyond the specificity of me, the work, or transness.

What are threads you want to be read between your first and second books? What are you working on now?

I’m working on a series of small, precise, fugal, winding things. In distinction to feeld, where estrangement happens even at the level of the letter, every word in this new work is more or less familiar, direct. I think I’m moving away from characterization, self-reflection, irony—which Safe Space primarily was—and into one of description, earnestness, landscape.