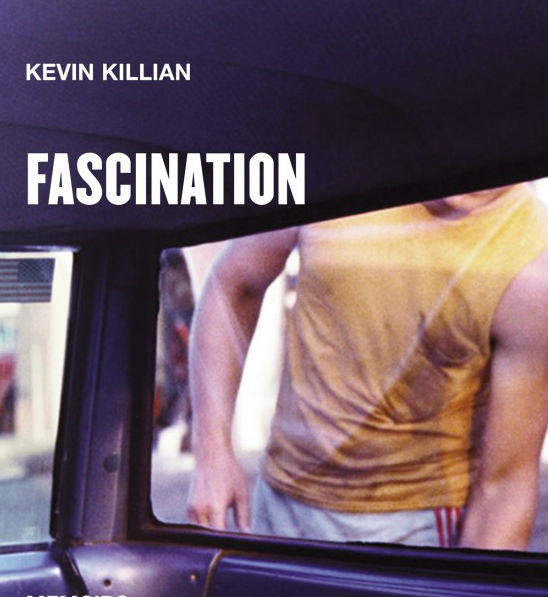 Fascination by Kevin Killian is an engaging and challenging collection of memoirs. The book has already inspired some engaging and challenging commentaries, namely the introduction by poet and novelist Andrew Durbin and a review in the Los Angeles Review of Books by Corley Miller. Both commentaries place Fascination in the New Narrative Movement. Durbin explains that “New Narrative, with its emphasis on critical theory and identity politics” has “offered a fiction and poetry that took itself apart in order to make its inner and outer workings—and worker—transparent; a writing about the writer who’s doing the writing.” Corley Miller begins his review by saying, “For those unfamiliar, New Narrative [is] originally a group of mostly queer mostly poets experimenting with mostly prose in the back of San Francisco’s Small Press Traffic bookstore around the Carter-Reagan transition.”

Another way to appreciate this rich artifact of LGBTQ history is to consider Fascination as addiction literature. “I wish I still drank,” Killian admits. “As I’m writing this … I wish I still drank.” But Fascination isn’t somber or overly earnest. It’s not clinical, nor does it indulge in self-help. Neither is it linear, going from “I drank” to “I got help” to “I stopped drinking.” Quite the contrary, Fascination is racy and often hilarious. Killian’s book is full of graphic queer sex, and it moves back and forth in time and place. It resists easy closure.

Fascination begins on Long Island in the 1950s and 60s, where Killian grew up doing a lot of drugs and having a lot of sex—much of it intergenerational—up until his middle years during the 1970s in New York City. “When I was 14,” Killian tells us, “I began to go to New York on a regular basis … looking for a jungly eroticism that I suppose Long Island with its manicured lawns and its country club airs, couldn’t afford me.” The book also chronicles Killian’s time in San Francisco from 1980 forward. New York and San Francisco were, needless to say, just as boozy and full of drug culture as Long Island. Using the “experimental” techniques of New Narrative, Killian brilliantly captures the sometimes-hallucinogenic quality of these locales. He also depicts the surreality of the AIDS crisis. “My consciousness has always been impaired,” Killian admits, “but also magnified I suppose.”

Readers observe how addiction, whether to drugs/alcohol or to sexual behavior, influences Killian. Many LGBTQ folks growing up in a straight society feel compelled to rebel. Killian explains, “I remember thinking that to lie and deceive, to lead a secret sexual life, was to me the greatest of all pleasures and for me the most natural.” He discusses life in the 1970s as “the culmination of a sex revolution long in coming, so one was always trying to make up for lost time.” Sexual abuse comes into play, too. Killian describes his experiences at a Franciscan high school where he is pursued by and pursues the Franciscan brothers on the faculty. As Killian suppresses secrets about his life, he experiences greater anxiety, and he self-medicates. “Marijuana leads to heroin, they used to say. I don’t know about that,” Killian writes, “but after a while friars just don’t cut it, you want something stronger, something that’ll really take you there. You want a priest.”

Fascination depicts moral ambiguity and complexity. Note how Killian specifies that to lie was “for me” the greatest of all pleasures. The memoir is an honest personal and social assessment. “I had a ruthless streak,” Killian confesses. He explains, “I could be horrifyingly manipulative …. But I always believed in myself, and told myself I was a misunderstood genius who’d been forced by circumstance, lack of dough, and general homophobia to walk a crooked path in life.” Any writer, much less a gay man, might find it difficult to portray their life with such vulnerability. Killian recalls how he felt “obliged” during his career to make all his gay characters positive ones.  He avoids this obligation. Killian’s multifaceted gay characters enhance the strength of his text.

This commentary and Killian’s own self-reproach may lead readers to assume that Fascination is self-centered. However, Fascination brims with cultural references and is filled with portraits of other notable queer figures. “I am essentially a cineaste not a man of letters,” Killian observes, though I think in saying this he underestimates his considerable erudition and literary powers. Killian balances his cultural and personal influences by referencing literary icons like Proust and Milton alongside The Exorcist and I Love Lucy. Among the queer figures featured in Killian’s book are West Coast writers Kathy Acker, Sam D’Allesandro and Steve Abbott. Allen Ginsberg also appears, though not in a very flattering light, and so does Arthur Russell, a recording artist who died of AIDS in 1992 and whose popularity and notoriety has grown ever since.