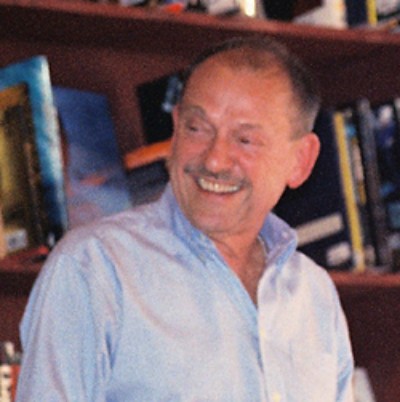 Trailblazing author Victor J. Banis, 82, has died. He died on February 22nd from liver cancer. Banis was considered one the stewards of the 1960s gay pulp fiction market.

Born in 1937, in Huntingdon County, Pennsylvania, Banis’ childhood was steeped in severe poverty. After brief forays in Alabama and Ohio, working mostly sales jobs, Banis settled in Los Angeles in 1960, where he began his writing career. The author first came to notoriety upon the publication of his debut novel The Affairs of Gloria (Brandon House 1964), a sex-filled romp that contained explicit lesbian themes. Because of the controversial nature of the novel, he was indicted by a federal grand jury in Iowa for obscenity. Banis was acquitted, but angered by strident government censorship, he dedicated himself to producing more risque gay content.

In 1966, Banis wrote The Why Not, a novel that mapped the comings and goings in a seedy LA gay bar. Published by the notorious publisher Greenleaf Classics, the novel provided a rare glimpse into the 1960s gay bar scene. The success of the novel led Banis to write a string of pulp novels (often under various pseudonyms). His early novels, while outrageous, contained genuine snapshots of the moods and mores of the late 60s gay community and deftly encapsulated the modern gay experience.

In a 2013 profile on Banis for Out, writer Andrew Belonsky noted:

The Why Not was an instant hit. Of course there was the erotic element inherent in all pulp paperbacks. “Obediently, mechanically, my sex hardened, reaching out for him,” reads one passage from the book’s first chapter. But as titillating and novel as that soft-core action was, the book’s appeal was just as rooted in its intimate, honest look at the queer experience. As an example, here’s a narration that may ring familiar to many contemporary gay men: “This present arrangement had been Walt’s idea. It had been his suggestion, when their relationship as lover ended, that they remain friends instead, roommates.” Or maybe this: “‘Why can’t I be hung?’ he thinks, instinctively clasping his inadequate genitals in hand.… Nice fanny [though], something to be thankful for.”

Banis eventually grew tired of the narrative constraints of the pulp genre. Writing cross-genre, his later work encompassed science fiction, mystery, historical fiction, horror, and mystery. Throughout his career he published over 50 novels.

Noted for being humble but forthright, Banis was unwavering in his commitment to self-expression. In a 2008 interview with writer Michelle Devon, he stated:

I don’t think there is a much of interest to tell about myself beyond what can be found on Wikipedia or on my website, I grew up in a very large family (11 children) and in dire poverty, but surrounded by intelligence and a sense of joy in living that has served me well all these years. As children, we were encouraged always to give whatever it might be our best shot, and discouraged from any defeatism. We were not, are not, quitters or whiners. I am a graduate of the school of hard knocks, and have lived a life that seems to me nothing short of miraculous, coming from where I did. I start each morning giving thanks for another day. I continue to be, as I have been for many decades, drunk on the magic of writing, and I think it is my writing that best defines me, for good or ill. Only the mediocre artist is always at his best. I’m happy to say I’ve written an awful lot, and a lot of it was awful – but, some of it, like some of me, is very good. As for the rest–well, if everything here were perfect, there wouldn’t be much point in Heaven, would there?

LGBTQ Pulitzer Winners, 'Under the Gaydar' YA Novels, Tennessee Williams, and more LGBTQ News
Learning to Poem: The Lifespan of a Literary Crush
'It Starts with Trouble: William Goyen and the Life of Writing' by Clark Davis