‘If I Loved You Less’ by Tamsen Parker

‘If I Loved You Less’ by Tamsen Parker 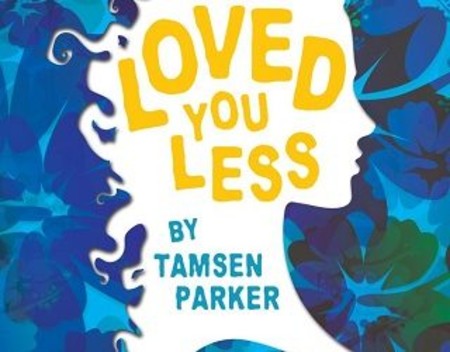 Theodosia Sullivan has the perfect life. She has a great relationship with her dad, she runs their surf shop in Hanalei Bay, has plenty of close friends in town, and gets all the no-strings sex she wants from tourists who are thrilled to be in Hawaii and away from their homes on the mainland. Best of all is Kini, her closest friend and confidante who also happens to be the best damn baker going, and owner of Queen’s Sweet Shop.

Theo isn’t interested in “the one” or anything resembling a long-term relationship, but she loves it when other people fall in love, so she’s appointed herself the local matchmaker. Her latest match has gone so well, with her former nanny Charlotte recently marrying the art gallery owner Jim, that she’s convinced it’s her calling. So, when Laurel Kim shows up at her store looking for a job, Theo treats the sweet, naive young woman as her own personal mission. She knows she can help Laurel find the perfect man, so long as Theo can steer her clear of Kini’s shop helper, Bobby, who clearly has zero prospects and isn’t even that good looking.

Laurel becomes almost a full-time job for Theo, since she has to also teach her how to surf, show her the ropes of working in the shop, and find all the best food in Hanalei Bay (including Queen’s, naturally). And Theo’s own life gets a little more complicated than usual when Jim’s son shows up and she starts to question whether she’s actually the 6 on the Kinsey scale that she always believed herself to be.

As much as Theo thinks she has a handle on everything, she soon learns that interfering in other people’s lives can have consequences. The gravest might be for Theo’s heart, when she understands how deeply she loves Kini just after unknowingly pushing her friend towards someone else.

If I Loved You Less is a contemporary reinterpretation of the classic Emma by Jane Austen. The village of highbury has been replaced by the sights, sounds, and tastes of the out-of-the-way Hanalei Bay (and be warned about those tastes—hearing about Kini’s baking will make you crave pastries). Theo is an excellent take on Emma Woodhouse, equal parts well-meaning and meddlesome, with the former not always managing to outweigh the latter. Kini is also a perfect gender-flipped Mr. Knightley, since she’s stoic, wise, warmer than might be expected at first sight, and significantly older than Theo.

Because the reinterpretation is so faithful to the original, you’ll enjoy this best if you’re a fan of Emma, because much like Miss Woodhouse, Theo can be a lot to take. She’s impulsive, often judgy to the point of being shallow, occasionally manipulative, and prone to blurting her thoughts without consideration of the emotional wake she leaves behind her. Theo’s so much more than that, though, because she’s also warm, genuinely wants the best for others, and has a deep affinity for the people she’s closest to, like Kini, her father, and Charlotte. Because she’s so messy and real, Theo is a character that people will either love or hate, and if you love her, a lot of that affection and appreciation will come from watching her blossom into the kind of woman Kini’s known she could be all along.

Readers who have been on the lookout for f/f chicklit will also rejoice about If I Loved You Less. While it has a romance that’s lovely and satisfying, it’s secondary to the story, which is truly about Theo’s life and a period in which she goes through tremendous growth. Despite occasionally awkward or difficult scenes, the overall tone is light and Parker’s writing style is fun and engaging, making the book a great piece of escapism. Those who prefer or need audiobooks are also in for a treat, since Jill Smith does a spectacular job bringing Theo, Kini, and all the happenings of Hanalei Bay to life with her narration.

Anyone looking for a break for a few hours should consider If I Loved You Less, especially as we head into the long winter months. Just make sure you have snacks ready for your little virtual island getaway, because you’re definitely going to need them.

'From Up River and for One Night Only' by Brett Josef Grubisic
'Fierce Overture' by Gun Brooke
'The End of the Homosexual?' by Dennis Altman