‘A Wish Upon a Star’ by Jeannie Levig

‘A Wish Upon a Star’ by Jeannie Levig 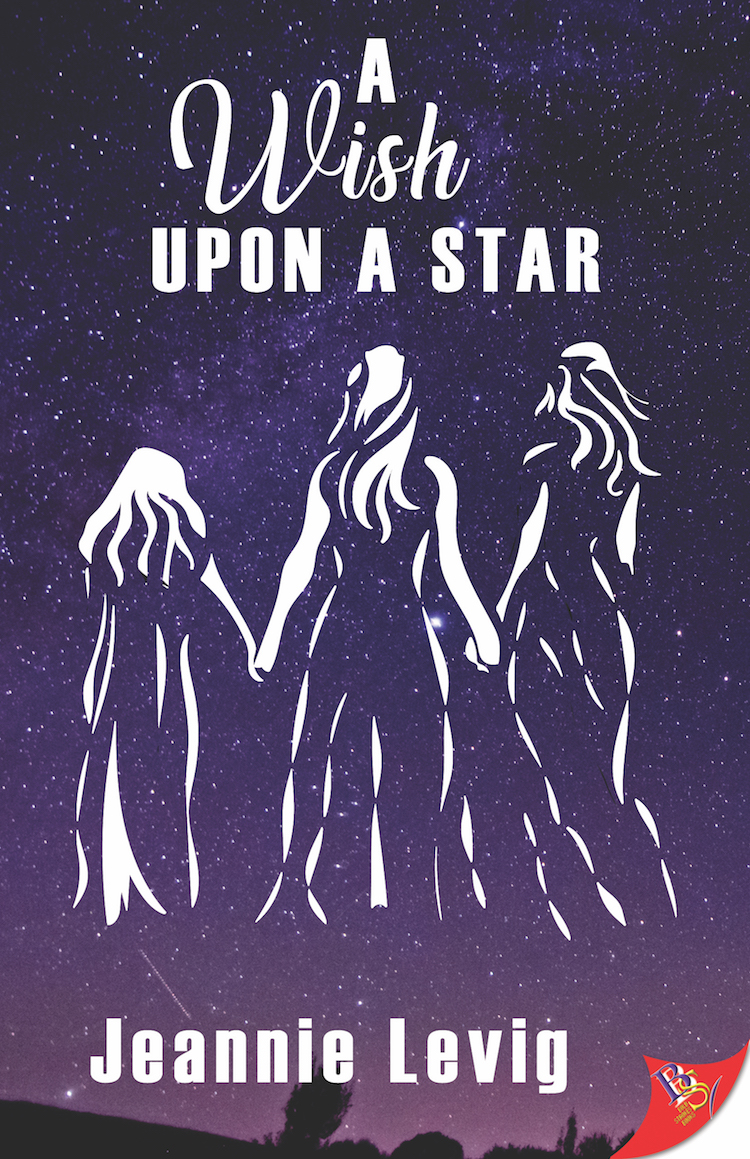 Leslie Raymond is getting a fresh start in a familiar place, trying to put her past in Florida behind her. A couple of years after life as she knew it was obliterated, Leslie is moving back into the home her parents left her in Burbank now that she’s finally ready to move on and build something new. She has a few rules, however: no dating straight women, no dating mothers, and definitely no getting into anything serious.

While moving in, Leslie’s surprised by a little girl who’s more forthright and literal than other kids she’s met. The girl’s mother, Erica, explains that Siena is on the autism spectrum, and Erica’s delighted by how quickly Siena takes to Leslie and the stray dog she picked up on the way to California. As much as Leslie knows she needs to guard her heart against the family next door, she’s taken in by the warmth and kindness they show to not only her, but Gus, the dog who appears to have adopted her as much as she’s adopted him.

As a single mom, Erica is used to handling everything herself. She quickly learned with her ex that not everyone is equipped or interested in dealing with a kid who has autism, so she goes it alone and doesn’t think much about dating. A friend with benefits may have been enough for the last few years, but Erica can’t deny her interest in the beautiful woman who’s moved in next door, especially when she sees the bond growing between Leslie and Siena.

Leslie is determined to hold Erica at arm’s length and Erica doesn’t want anything from Leslie except friendship. But life, Siena, and Gus all have other ideas as the women build a friendship that grows into much more.

Jeannie Levig has been putting out lesbian romances for a few years and is going from strength to strength with each book. Her characters are always real, frequently dealing with circumstances that range from difficult to gut-wrenching, depending on the scene, and Erica and Leslie are no exception. Both women are in their 50s—quite the rarity in romance, regardless of the characters’ gender—with the accompanying life experience that makes them self-aware enough to know what they should do, even as their chemistry tells them otherwise. Leslie brings tremendous baggage into all of her interactions with Erica and Siena, thanks to the train wreck that was her last relationship and a desire to never feel that kind of pain again. Erica, on the other hand, is immediately attracted to Leslie, but that attraction rubs against her fierce independence and self sufficiency that ensures she takes care of everything for Siena. Each woman goes through tremendous growth so she can make space for the other in her life, making their love as hard won as it is satisfying.

With Siena, Levig delivers a fully formed and engaging character. The little girl isn’t there to simply push the plot along (a common pitfall of including children in romance novels), and she’s much more than her diagnosis. The author took great care to bring Siena to life in a way that’s realistic and as a vital part of the story, while helping us understand Erica’s joys and challenges as she works to effectively parent Siena in a way that helps her thrive.

“Did you have a good time with Rosi this afternoon?” [Erica] asked Siena.

Seated at the kitchen table, Siena swapped the blue crayon she’d been using to color in the sky in her picture for a red one. “No,” she said without looking up. “I don’t like Rosi.”

“You seemed to be sharing your puzzle with her nicely.” Erica closed the oven door.

“That’s because you said I had to. I don’t like it when Rosi touches my puzzle pieces.”

“I see.” Erica still sometimes mistook Siena’s compliance for the possibility that she was enjoying something. Wishful thinking, most likely. When Siena truly enjoyed something, though, there was never any doubt. Erica thought of the pure happiness on Siena’s face when she’d been watering the grass earlier that morning. She smiled.

A Wish Upon a Star is a perfect book if you’re looking for something a little different from the usual romance fare. While there’s plenty of chemistry between Leslie and Erica, there are no meet-cutes or perfect people to be found in it. Instead, Levig takes us on a journey of finding love that’s familial as well as romantic. If you haven’t read her before this would be an excellent place to start and fans of this author are sure to be pleased too.