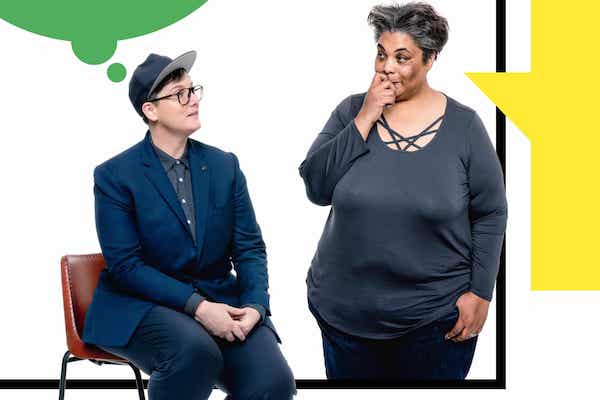 Hannah Gadsby and Roxane Gay recently met for the first time in Los Angeles, where they are both living at the moment, and sat down for a conversation for The Guardian. They talked about their shared history of “trauma, body image and fan encounters,” among other things, like the comfort of TV crime procedurals. 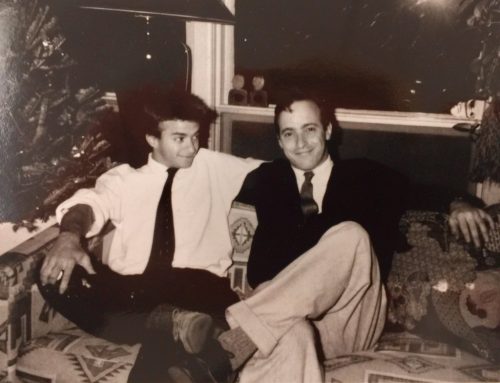 David Sedaris’s archive has been purchased by the Beinecke Rare Book & Manuscript Library at Yale University. But the bulk of the material won’t be available immediately, as Jennifer Schuessler reported in The New York Times:

The more than 150 volumes of Mr. Sedaris’s complete diaries will be off limits during his lifetime. (A second volume of excerpts is in the works.) But the archive contains some three dozen other handmade books from his prefame years that hint at their visual and tactile richness.

Award-winning musicians Tegan and Sara are working on a memoir. According to Randall Colburn at The AV Club, the book, to be titled High School, “will find the pair alternating chapters to provide their distinct points of view on topics such as music, drugs, love, and friendship.” High School is slated for publication by MCD x FSG in September 2019.

Over at Literary Hub, Stacey D’Erasmo penned an essay about her experience writing anonymously as the Magpie for Catapult, and the freedom it brought her:

There, I’ve said it. I was happy. By which I mean, I remembered that I just wanted to walk around this world and write about it. I wanted to string words together about being alive. I didn’t remember this after hours of staring in existential despair at the blank page. I remembered it instantly.

After being ambushed by an antagonistic, homophobic fellow panelist at the annual National Council of Teachers of English convention, author Bill Konigsberg used his appearance days later at the Assembly on Literature for Adolescents of the NCTE workshop to address what happened. His inspiring speech, which you can read here or view here, has already prompted an anonymous donor to establish a new ALAN award in his name. The Bill Konigsberg Award for Acts and Activism for Equity and Inclusion through Young Adult Literature will honor “selfless advocacy of marginalized youth through the creation, teaching, funding or other form of promotion of young adult literature.” 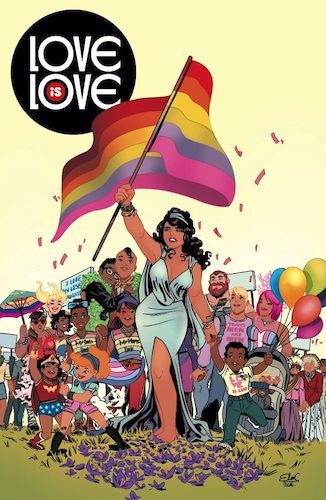 In The New York Times, George Gene Gustines reported that Love Is Love, the 2016 comic created by Marc Andreyko to aid those affected by the Pulse shooting in Orlando, “has become a force in charitable giving.” After raising $165,000 for the OneOrlando Fund, the proceeds will now benefit a different LGBTQ advocacy organization each year. The Trevor Project will receive the 2018 proceeds, which total $51,000.

The Golden Crown Literary Society has announced that author Cindy Rizzo will be the special speaker for their 15th annual conference. You can find more info on the conference, which will be held in Pittsburgh in July 2019, on their site.

At Literary Hub, Tammy Lynne Stoner recommends some “queer, southern writing through the decades that has both shaped and been shaped by The South, told by LGBTQ writers.” As she explains, the list was harder to come up with than she’d expected.

For the Los Angeles Review of Books, Tara Ison spoke with poet Eloise Klein Healy about her new book, Another Phase, written, as Ison explains, after she was able to “rewire the language networks in her brain” after encephalitis “affected her ability to process language and to understand or express speech.”

In a new column at The Paris Review, Frankie Thomas is taking “a second look at the books that defined a generation.” The first installment? “Harry Potter and the Secret Gay Love Story.”

If you’re in need of a new book to close out the year, check out Casey Stepaniuk’s list of the best queer books of 2018 at Book Riot, or The Advocate’s list of the best LGBTQ graphic novels. Or head over to The Millions, where Jordy Rosenberg wrote about his year in reading.

Photo of Hannah Gadsby and Roxane Gay by Barry J. Holmes via The Guardian