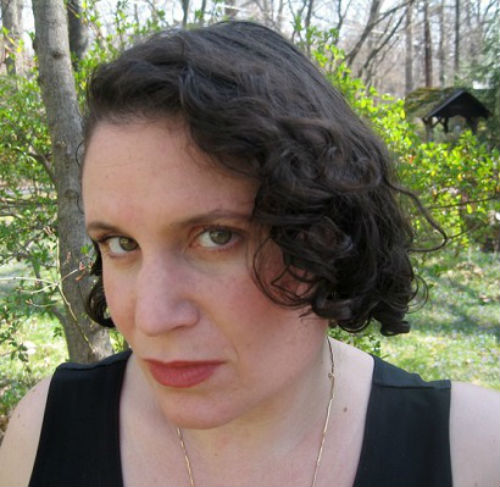 Grace Lee Boggs said that “progress does not take place like a shot out of a pistol. It takes the labor and suffering of the negative. How to use the negative as a way to advance the positive is our challenge.” Enter the novel Bhopal Dance, the fifth novel by award winning author Jennifer Natalya Fink, which focuses on disaster, activism, white savior complex, and queer world making. The book is an astounding sun-posed magnifying glass on our radical failures and desires. Told in a nonlinear style with poetic turns and dire humor, the Bhopal Dance exemplifies how experimental fiction can be a method to reconfigure our political imagination.

The novel reads like a cautionary tale of the present and of the future, focusing around the Bhopal disaster, the largest industrial disaster in world history that has since been absorbed by our country’s collective amnesia. Are we trapped in a political eternal recurrence, or is there a way out? Fink is a mentor for this political moment and has written a book that looks at three characters who, in their attempt to transform the world, forget to transform themselves.

Bhopal Dance is told from the point of view of an incarcerated activist in a jail cell and it weaves in and out of her present and past. What’s your relationship to nonlinear narrative as a storyteller and activist? What potential do you see in nonlinear narrative, or narrative in general, as a form of reimagination and resistance? 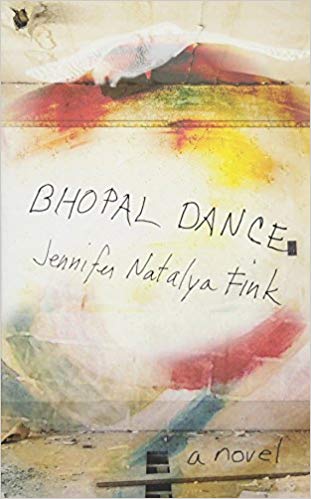 There’s your dead brother’s face on a stranger as you get on the subway and whoosh it’s 20 years ago. The structure of life is inherently recursive; the past intrudes at the strangest moments. We are always in medias res, in the middle of things. If you’re still alive, then the story hasn’t ended. So the “‘beginning, middle, end, rising action, resolution” narrative model is a fake. Inauthentic. A lie designed to flatter the oppressors. Trauma stalls time in particular ways, as do moments of transformation. Cordelia, my protagonist, is in purgatory, in hell, in prison. Yet past, present, and even future swirl through her. Through you. I want the reader to consider the potential for the undead nature of past moments of resistance, as Cordelia does. To let them shatter the present. Reimagine it. Here/there. The then of now.

The novel circles around the Bhopal disaster, particularly focusing on the way that such a major event has been forgotten in the mainstream public consciousness. I think of Sarah Schulman and her writing about how the present and history of AIDS has been subject to revisionist history in Gentrification of the Mind. What were the circumstances that  lead you to this work?

The Bhopal disaster, the worst industrial disaster in world history, remains buried in North America’s collective unconscious because to remember it is to confront the true depths of our corporate mendacity. Similarly to what Schulman argues about the AIDS crisis, the Bhopal disaster’s history is suppressed and rewritten, naturalized as a disaster with no cause, rather than being authentically incorporated into our consciousness as a direct consequence of US corporate malfeasance.

Cliff Notes on Bhopal: Union Carbide produced a pesticide so dangerous to manufacture that it could only be done in Bhopal, an underdeveloped part of India. Inevitably, the factory that produced it leaked poisonous gas, killing thousands and contaminating the entire area. The perpetrators were never held accountable; Union Carbide sold itself to Dow. No world court, no nation, proved more powerful than almighty Dow. I am performing a radical disinterment of the disaster and its consequences. I expose what this unnatural disaster tells us: corporations, not states, are now the primary geopolitical actors. But instead of treating it with this sort of TV–newscaster faux respect that co-opts its true horror, I saturate it with sex. Queer its fucked-up chaos. I reanimate the disaster’s corpse, expose its true obscenity.

Some straight/normative readers are offended by this collision of a sort of detailed, intimate cataloging of  bourgeois queer ‘western’ desire with the epic ‘third-world’ disaster. But that is precisely the point! In Bhopal Dance, desire and disaster collide in a grotesque/beautiful waltz. I’m interested in how these things are happening at the same time, on the same planet, and are obscenely imbricated and implicated in one another. Gentrification depends on an abjection of that which can’t be gentrified: Bhopal, generations of children with cell mutations traceable to the disaster, and the US corporate shenanigans that led to the disaster in the first place, are excised from the  version of Hindu nationalist, high techified and thoroughly Starbucksed yoga-tourist India we see purveyed by the global media. Bhopal is both a metaphor for and a literal artifact of our current disaster.

Is there a political moment that has had a major affect on your writing?

All of them!But Reagan’s re-election, coupled with the Bhopal disaster, undid me–much in the way Trump’s election has undone us all. When I woke up on December 2nd, 1984 and read about the Bhopal disaster, read how Union Carbide, this American company, had manufactured dangerous chemicals in India only to have them blow up in literally thousands of postcolonial faces, I remember thinking “We just have to blow up Union Carbide. Or blow ourselves up.”

I grew up thinking about the Buddhist nuns who immolated themselves to protest the Vietnam War and wondered if such acts were the only viable ones, the only way out of complicity. I still wonder. I tried to resurrect these moments of desperation, anger, and frustration as I wrote. I think the current moment–our outrage and despair, our failure to find a way out of false witness, tacit complicity–touches that moment. Embraces its horror.

“The past: a planet I keep looking for” you write in Bhopal Dance. The novel grounds us in a sense of history while also reading like it is taking place in real time. Particularly the way you explore white activist spaces and the white savior complex. Since Trump’s election we are in a more mainstream shift toward disappointment and unrest. What role do previous elections of Reagan and Bush Senior and their public reaction play into your thinking with this book? Did you expect the moment we are currently living in, where more people are becoming (a little more) radicalized for the first time?

I conceived of Bhopal Dance as occupying a double time: the early ’80s, and a proximal future, about 20 years’ hence, that would be a bit more cryptofascist than the moment in which I was writing. Whoa Nelly, but that proximal future turned into the present before the ink was dry! So now the book feels like an endless present bleeding back into the past, tidally washing that past into the present. I wish I could say I had anticipated this moment in which we’re on the brink of either a fascist dictatorship or a socialist revolution! “Oh to be that getaway girl,” as Cordelia says. To be the vehicle of our escape from this present moment of insanity. But I would instead argue that my book anticipates it. Its world has its own insights, separate from me and my intentions.

Bhopal Dance critiques white savior complex–as well as the patriarchal and heteronormative structures of the left that still dog us–while embracing the radical impulses of the left. “We were right,” reads one of the last chapter headings. And we were! But this is no simple witnessing of a lost lefty past. Testimonial theater, poetry of witnesses, and so on are in vogue right now.

However, witnessing the pain and oppression of others inherently involves complicity: to observe is to partake. Too often, this results in a glorification of a supposedly (but never actually) neutral/heroic observer. But witness we must, particularly when we have access to the tools of representation and the victims of our witnessing do not. Cordelia is grappling with this paradox. She comes to no easy answers, but re-stages the problem in a way that implicates the reader, imprisoned in her own complicity.

“No matter how hard you try or what you learn, there will be more death, more continuance. And if I were set free, if these bars were melted down into pools of themselves, well, then what?” This moment of narration captures the endless feeling of this country: endless wars, endless sexual violence, endless corruption.

What’s your relationship to this kind of endlessness, especially in a form like fiction that can often impose a beginning, middle, and end?

I’m so glad you noticed how both the form and content try to envelope the reader in this sensation of endlessness. And yes, it’s tricky to do in a book, in fiction, a narrative form so beholden to linear temporality! One thing that Fanny Howe said about my work is that it’s structured more like poetry, in terms of the flow of time and language and subjectivity, but insists on consequence. Hence temporality: cause and effect. That’s where the linearity of the novel might actually offer a moral template for how to stage this endlessness without eternalizing it, without eliding consequence. Without witnessing. Instead of simply bearing lyric witness to the fascist state, Cordelia writes the story of her complicity with it–and its consequences: to her, trapped in prison, and to the larger world, trapped in endless cycles of fascist heteropatriarchy, ecodestruction, and racist corporate colonization. And yet times moves, and moves them.

Queer world-making–in all its joyous, grandiose, and petty particularities, is absolutely key to what drove me to write Bhopal Dance. This question–can we make new queer worlds out of the broken shards of our fallen one, when we ourselves are so warped by this horrible patriarchal world–is really the question I’m asking. The question that is both glue, solvent, and solution to the troika between Cordelia, Caren, and Ian. For centuries, queers have been imagining a new kind of desire beyond gender binaries, marriage plots, and family romances. And we’ve been exploring the radical potential–and limits–of such new formations for global revolution. Its erotics. Yet so often we’re trapped in our own unconscious repetition of patriarchal, heteronormative tropes. And the sexy, queer energy that activism produces often degenerates into petty jealousies and power struggles.

I hope that Bhopal Dance does more than simply reiterate this narrative: instead of making the decline and fall of the activists inevitable, it keeps restating the possibilities opened up by their desire. So at the end of the book, the joy of queer possibility erupts once more. Cordelia turns to the rhetoric of the pet to question this: “Could we develop the wrist facility, the opposable thumbs, the understanding of our situation to open our cages. Open, and leave. Strolling out into____?” That blank space, that open question. Can the reader fill it?

Though I don’t come to any definitive answers (though my characters certainly come a lot), Bhopal Dance offers multiple possibilities for liberation and its limitations, our desires and our failures, our queer joy. Our impossible dance.