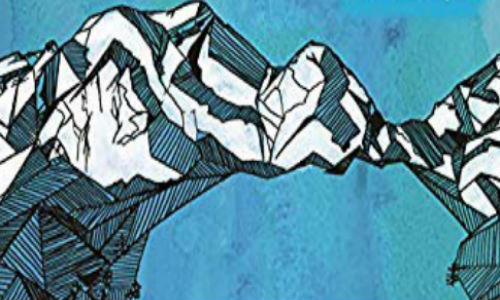 Jeanne Winer’s second novel, Her Kind of Case, is an authoritative, grounded, and deeply human legal thriller. Crime fiction in part stems from the 19th century social novel, so it’s always a treat to read a contemporary novel that sheds light on a contemporary social issue: in this case, the complicated origins of homophobic violence and how our legal system handles teenagers involvement in such violence.

Winer’s Lee Isaacs is a 59-year-old criminal defense lawyer in Boulder, Colorado. She’s seasoned, savvy, and winding down a stellar career. She’s also a loner, still grieving the death of her husband. A difficult case falls in her lap: a sixteen-year-old skinhead, Jeremy, has confessed to participating in the horrible beating death, a “boot party,” of a young gay man. His earnest aunt believes that he’s innocent, that he was incapable of such violence, but nearly all the evidence, most of all the confession, point to a different conclusion. Furthermore, Jeremy seems uninterested in defending himself. An enthusiastic practitioner of Tae Kwon Do, Isaacs thrives on competition, always pushing herself physically and mentally. She’s intrigued by the case, because it seems impossible to win. Once she meets Jeremy, though, she senses there’s more to him than the evidence suggests; ultimately she defends him because she wants to understand him.

An attorney with thirty-five years of experience in criminal defense,Winer portrays lawyers and the machinery of the court system in precise detail, but never bogs down the momentum of the story with unnecessary exposition. She has a good instinct for when to dramatize courtroom scenes and when to offer summary, a key skill for legal thriller writers. She creates tension by fleshing out all the complex personalities of all the primary players, from to Jeremy to Carla Romano, the lead investigator, to Mark and Bobby, a gay couple and her best friends, who object to her defending a violent homophobe, to Dan Andrews, the DA, her legal opponent. Her relationship with Dan, in particular, is a blend of mutual respect and sparring, an echo of her Tao Kwon Do matches. As result, it’s one of the most compelling relationships in the book.

In a less compelling version of this story, Winer would’ve made Lee a young, hot twenty-something lawyer with something to prove, the DA would’ve been cocky and despicable, the defendant a pawn, and the plot run-of-the-mill. Writing Lee as a seasoned professional woman was a refreshing and dynamic choice. She’s equal parts wise, passionate, intense, and compassionate. (Please, writers and publishers, more characters like this, please!) Her relationship with Jeremy in particular is touching, not purely because she connects with him, but because he plays a role in her healing from the lost of her husband. In the most unlikeliest of ways, they need each other. As I was reading, I was reminded that the legal profession and justice system, however imperfect, is about people.