Spotlight on New Queer Literature: A Conversation with GlitterShip

Spotlight on New Queer Literature: A Conversation with GlitterShip 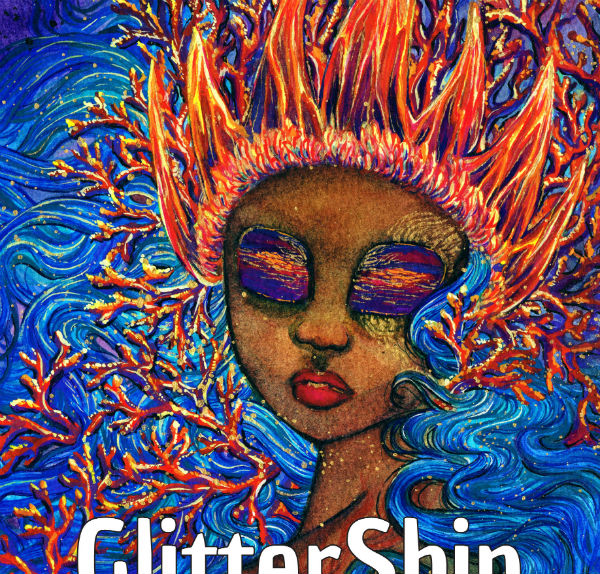 “The mission was to create a science fiction and fantasy magazine where everything published was queer in some way.”

This month, Lambda spoke with Keffy R. M. Kehrli, creator and editor of GlitterShip, about speculative fiction and publishing work that represents a wide range of queer experiences.

Tell us a little bit about GlitterShip and its mission. 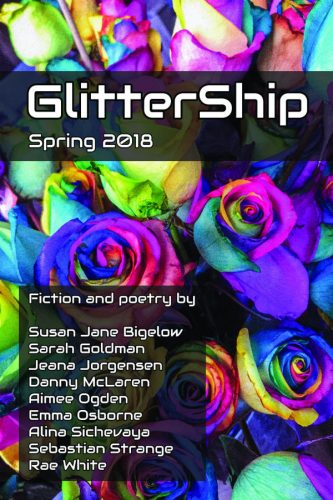 How long has GlitterShip been around? How has it developed or changed since it began?

GlitterShip has been around since early 2015. The biggest changes are the addition of original fiction, which started in 2016, and poetry, which was added in 2017. Other than that, GlitterShip hasn’t changed much since 2015—but that’s not very long ago. In terms of development, I’ve added e-book issues and print yearly anthologies. This is primarily for people who want to have their own copies of GlitterShip to keep.

The short version is that everything GlitterShip publishes is some kind of queer and some kind of speculative fiction, but the edges of those categories are fuzzy. I’ve published everything from stories about superheroes going to a protest to nonbinary people in the future investigating the remnants of the past. I do think that one benefit of focusing entirely on queer fiction is that I don’t feel pressured to make sure that everything I publish is cheerful. I think this allows more room for the stories I publish to explore the range of queer experiences.

How would you describe GlitterShip’s aesthetic?

Oh, gosh. This is always a hard question because I try to stretch myself in terms of the type and style of pieces that I publish. As an editor, my soft spot is in lyrical prose with really well-defined characters. I prefer stories in which I get a sense of how the characters feel and why they feel that way. I also enjoy stories with characters who engage with their own queerness and the way that it impacts how they move through the world. That said, I do also publish some stories that have the more transparent prose usually associated with genre fiction, and in which characters may be queer, but it’s less important to the story than whatever adventure they’re on.

Can you highlight some of the work GlitterShip publishes? 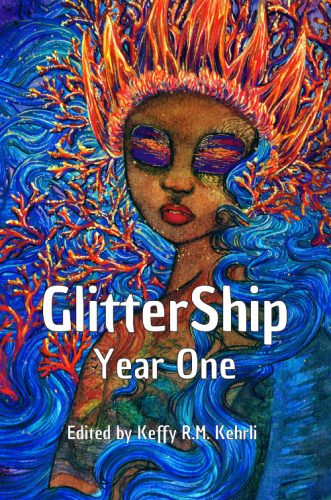 “You Inside Me” by Tori Curtis hits me right in my unashamed vampire love. The story follows Sabelle, a young trans woman who was turned into a vampire as a child while she looks for a vampire liver donor. I loved this story when I found it in my submissions pile for its description of a vampire-specific dating app (“Suckr”), which I thought was fun. The story also uses vampirism as a metaphor for the ways in which transgender people sometimes find that our doctors don’t know as much about our medical needs as they should.

“The Slow Ones” by JY Yang is a quiet story about a bisexual woman who works in a coffee shop during a silent, inexplicable alien invasion. Aliens have filled the skies and are causing a worldwide drought and, as this is a world very similar to our own, there may be nothing that humanity can do about it. For me, the heart of this story is in how all the characters deal with this slow-moving apocalypse in their own ways, whether that’s taking comfort in the companionship of others or nihilistic resignation.

“How to Remember to Forget to Remember the Old War” by Rose Lemberg is actually a reprint that was originally published in Lightspeed Magazine. The story is about a nonbinary veteran of a distant war that takes place somewhere outside of our solar system. They are dealing with their own trauma, but also bond with another person who reminds them of someone they’ve lost.

“Lessons from a Clockwork Queen” by Megan Arkenberg is another reprint story that was originally published in Fantasy Magazine. This is a charming story about a fairy tale kingdom ruled by a clockwork queen. I chose the story because even though I frequently like deep stories about serious issues, sometimes it’s nice to have a lighter story about clockwork queens and the women who love them.

I put this in our guidelines as well, but: don’t self-reject. Yes, GlitterShip is LGBTQIA SF&F, but I feel that there’s a wide range within both those categories. I’m up for the most queer imagining of the future that writers can show me, but I’m also interested in normalizing works that simply show LGBTQIA+ characters living interesting lives regardless of their gender or sexuality. In the same vein, I have a “big tent” view toward the speculative fiction genre. How speculative does a story have to be? Look, if I really like the story, I’m willing to take it even if I have to squint a little bit to see the science fiction and fantasy. Finally, authors who submit to GlitterShip do not have to be queer. I don’t like the idea that authors may feel pressured to come out before they’re ready just to send a submission.

A Poem by Kay Gabriel
Andrew Durbin: On His New Book ‘Mature Themes,’ the Power and Uselessness of Love, and the Joys of t...
'#girlgaze: How Girls See the World' by Amanda de Cadenet