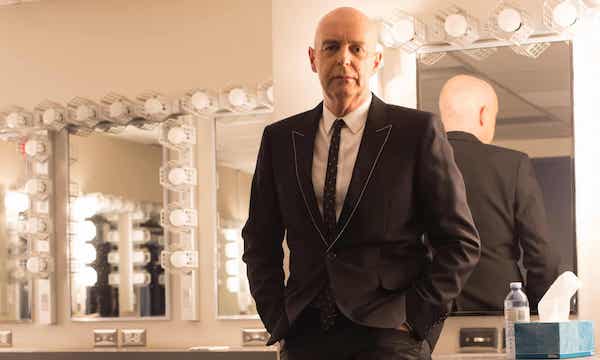 At The Guardian, Alex Needham interviewed Neil Tennant, whose collection of Pet Shop Boys lyrics, One Hundred Lyrics and a Poem, will be released next month by Faber & Faber. Tennant talked about the inspiration behind many of the Pet Shop Boys’ hits; as Needham notes, “some of [their] most moving songs were Tennant’s response to the AIDS crisis”:

“When I decided I was gay was pretty much when AIDS came in, so you were paranoid,” [Tennant] says. Then, “this friend of mine from Newcastle, my closest friend in some ways, suddenly goes down with HIV. And that was when Suburbia was in the top 10.” Tennant spent a good deal of his imperial period in the AIDS ward of St Mary’s Hospital in London, “watching [my] friend waste away”. Christopher Dowell, who died in 1989, is commemorated in three songs including Being Boring, a devastatingly sad memorial to their friendship.

Nicola Griffith, author of So Lucky, wrote an op-ed about the problems with disability fiction for The New York Times, and compared it to the evolution of queer fiction:

We changed queer literature, and the world, with story. We can do it again. We can write those stories in our own voices, our strong, beautiful, ordinary, disabled voices.

Garth Greenwell has a new short story in The New Yorker. Check out “The Frog King” in the November 26 issue. You can also listen to him read it.

At Literary Hub, Rakesh Satyal wrote about his own experience with the ubiquitous piece of advice–“write the book that you would want to read”–and how “actually doing this can be much more complicated than a one-line directive would have you believe.”

Ben Shields interviewed Dan Callahan for The Paris Review. Among other things, they spoke about Callahan’s background in film, his love for Jessica Lange, and his debut novel, That Was Something, out last month from Squares & Rebels. 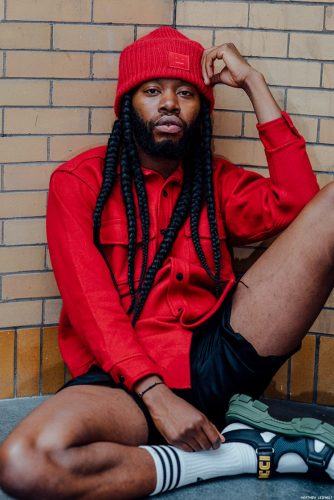 Jeremy O. Harris (photo by Matthew Leifhelt via Out)

“I don’t think about palatability as much as other people seem to,” he says. “For me, it’s akin to respectability politics, and I think there’s very little necessity for respectability politics, especially in a time that’s so deeply unrespectable. When I think about race and sexuality in America, palatability is the furthest thing from my concerns. I made a play that’s palatable to me but might not be palatable to my audience. I’ll see how they reckon with that.”

At The Poetry Foundation, Sally Connolly, Randall Mann, and Edmund White have penned personal tributes to Thom Gunn to coincide with the release of a new collection of his poems. Compiled by the late poet’s friend Clive Wilmer, New Selected Poems was published by Farrar, Straus, and Giroux earlier this month.

In other poetry news, the poet Kay Ulanday Barrett wrote an essay for VIDA about “poetry as offering” and shared their practice “to practice in poetry [and] live in the body-mind.”

Looking for a new podcast to add to your rotation? Take a look at QueerWOC: The Podcast. If you want a good place to jump in, check out episode 53, which does a deep dive into “a latinx lesbian zine you should know about” from the 90s. And if you’re looking for something to warm you up as  the weather turns cooler, check out Molly Priddy’s list of “five steamy lesbian reads for the holidays” over at Autostraddle.

Photo of Neil Tennant by Wolfgang Tillmans via The Guardian