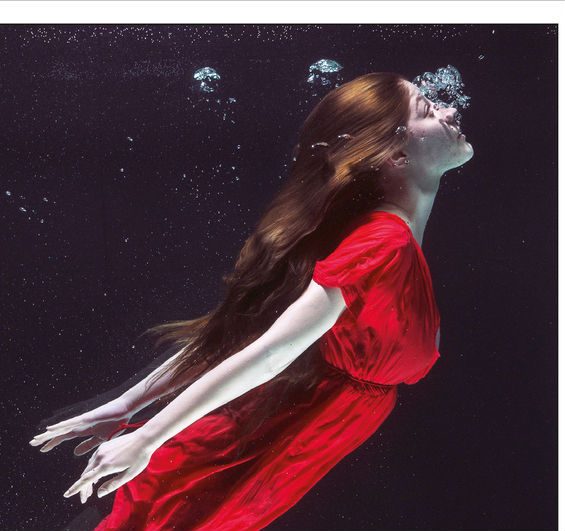 I’m writing from a room full of bookshelves bowing under the weight of coming out stories, some recent, some old, all necessary. I’m thinking of Benjamin Alire Saenz’ Aristotle and Dante Discover the Secrets of the Universe, of Chinelo Okperanta’s Under the Udala Trees, of Audre Lorde’s Zami. Even David Levithan’s Two Boys Kissing, which comments that some of its protagonists have never had to come out because they were always out, is a coming out story.

I’m trying to explain the outrage I feel, a week after National Coming Out day, when inevitably someone on my social media feed, someone from some alternate futurity where there is no Trump and no fuckery and it’s all cupcakes 24/7, tells me we have to move beyond coming out.

I admit to a bias towards these books. I admit to a bias towards books about first queer loves and coming out. To me, the appeal of the queer first love story is that it contains within it a narrative of becoming. Queer love in this world is not just about loving or who you love. It’s about who you are: a discovery of a world, beyond the veil of the dominant paradigm, that you always suspected existed, but were too afraid to trust.

It’s Harry Potter: the owl shows up at your window and says guess what, you’re not going to Muggle School, you’re going to Hogwarts, and although there is all the suffering in the world ahead, we get to do things differently there. We get to redefine desire, time, and family. It’s Narnia: if you just get through this closet, I promise you’ll find a world of possibility. At least it’s Xena and we get to band together.

I need queer first love narratives. Maybe you do too: we read and write and cling to these books so hard because of what we can’t do with them: we can’t throw them into a time portal at our younger selves at a time when we most needed them, maybe with a little note attached saying, “you’ll get through this. It gets better for some but not for everyone. Look out for one another. Remember to floss.”

We read write them for others and for our younger selves, these books that we needed, that could have changed our lives. We read and write them as guidebooks for the poor lost selves we were: What is queerness? How do I do queer love? What time do I show up? What are the steps, where do I put my feet? We read them for joy and we read it for healing, for the if only and for the yes please, both to revisit those first loves and to live through characters who are either braver than we were or had more room to navigate their desires.

I love queer first love and coming out books with the wonder and passion and bitter fury of Molly Grue when she sees her first unicorn: where were you when I needed you? I need them in the world and I don’t think we’re done with them and if you’re writing one right now and need a pep talk, come find me—I’ll tell you how much your work matters.

I’m opening with this because I’d like to flag my tendencies, as a reader reviewing a novel of first queer love that usurps my notions of the coming out narrative. This novel troubled and stayed with me and I want to explore why.

Juno’s Swans by Tamsen Wolff is not a traditional queer “first love” novel. It’s not a story about becoming and it doesn’t contain bromides about the magic of new love. What it offers instead is a story about the limits of love: both the crash at the end of a first love, and the tunnel vision infatuation can give, the kind where everything outside that adoring gaze becomes flattened.

Juno’s Swans gives us Nina, a high school senior washed ashore from a summer in Cape Cod in which she went to an acting residency, fell madly in love with Sarah, and had her heart broken. It gives us the moment of falling in love and the knowledge that it must end. It also gives us richly drawn characters and complex situations: her best friend Titch, who is awkward and difficult in all the best ways; an older English professor who enters into a sexual relationship with Nina, then a high school junior; a half-absent mother; another older male acting teacher who also enters into a relationship with his teenage female student (unequal power dynamics and predation are a frustratingly under-explored topic in the book—I counted four such relationships). The novel gives us a particular moment in space and time: early 1980s and the early HIV/AIDS years, New York. It gives us magnificent clear prose and dialogue. It gives us all of those things, but the novel’s preoccupation is unapologetically with Sarah and Nina’s love for her.

Juno’s Swans soars when it recognizes and illuminates the tunnel vision of love, the before and after, and the struggle of conveying it:

the worst of it is that this connection doesn’t come often, sometimes doesn’t come at all, and once it has, it colors everything. If you don’t know what I am talking about, I don’t know whether to say, I hope you never do, or Whatever you do, never settle for anything less.

Wolff’s prose is so engaging, it makes Nina engaging, despite her focus on Sarah, who is perhaps the least interesting character in the book.

Where it dips or maybe succeeds a little too well is where it gives us the limits of love: not only the end of Sarah’s love for our narrator Nina, which is sad, but Nina’s inability to see the world beyond. Outside their love affair, Nina’s grandmother is dying, Professor Pedophile is sending her increasingly desperate love letters, her best friend Titch is icing over. Outside, people in their circle are contracting what is then labeled Kaposi’s Sarcoma, and appearing at the novel’s margins with lesions and sunken eyes. There isn’t really a coming out because Nina doesn’t seem to notice the closet, or a world beyond.

Sometimes that love-myopia leaves me confused about the details and logistics: how do Nina and Sarah, high school-aged, live together as lovers over the course of the summer? How do they know how share a living space and make their lovers three course dinners? Nina’s single-minded focus on Sarah leaves big questions unexplored (in the absence of exploration, the subject of older men in power dating teenagers felt normalized—like Alan Bennett’s The History Boys, but without the puns). Nina’s bad case of loving Sarah renders HIV/AIDS–mentioned but not really digested—more like epoch scene setting, a walk-on subplot. I wanted the novel to take on those subjects. I wanted those cultural complexities and cruelties and limits of the world to be part of the adventure, part of the with of Nina’s becoming.

Without Nina’s ability to see what’s beyond her love, and without the novel’s willingness to explore that deficits of that spotlight, some of the novel’s metaphors go rogue—like the title, Juno’s Swans–a reference to Celia and Roselind’s closeness. Was that for Nina and her love Sarah? Was that for Nina and her dropped friendship with Titch? In the bounce of the reference, I couldn’t help but think of another mythological swan, Leda’s, in which an older male god abuses a power dynamic, like the professors in this story, and no one seems to mind.

And maybe that’s the heart of this novel: how infatuation can expand us so much in one direction, it limits us in others. It specializes us. It makes us miss the wildness of the world beyond. I want to find Nina in a year, or five, or ten, and say: now tell me the story of that summer. Now tell me who you’ve become. And what house you’ve been sorted into. And what it is to reach through a closet into a cold world that goes on forever and that we make together, and alone. How do we survive? Someday, I might need to know.

'The Heart’s Invisible Furies' by John Boyne
And the Winner is...
Captive Genders: Trans Embodiment and the Prison Industrial Complex