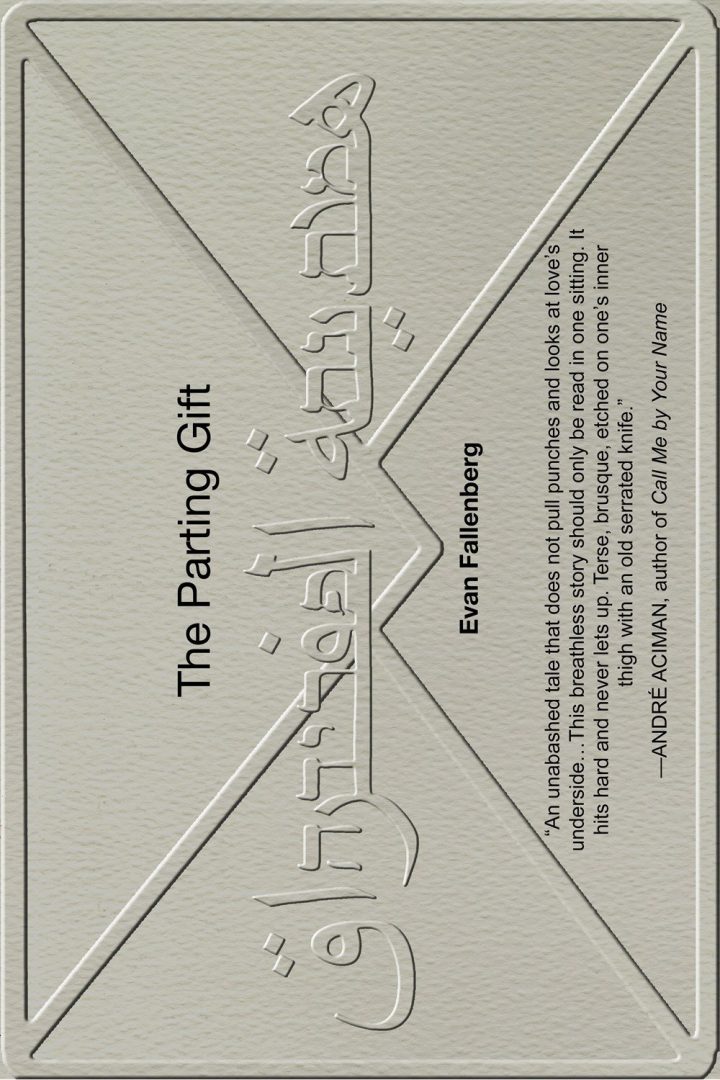 ‘The Parting Gift’ by Evan Fallenberg

‘The Parting Gift’ by Evan Fallenberg 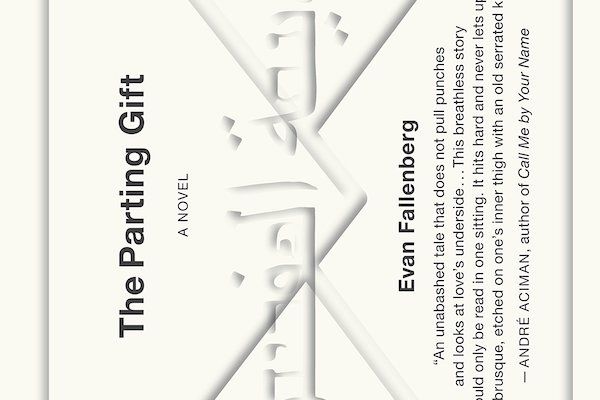 The Parting Gift by Evan Fallenberg is part love letter, part farewell epistle—a long goodbye to an unrequited lover. In it, an unnamed male narrator tells of his passionate affair with Uzi, a twice-married Israeli spice merchant. Frustrated with life in America, the narrator has come to Israel as an immigrant based on his Jewish heritage. He is not a religious man, however; he’s more concerned with earthly pleasures, especially the beauty of men. After an encounter with Uzi, he is left dumbstruck. He’s overwhelmed by the very sight of Uzi, and though he knows practically nothing about him, there is a sheer animal draw between them.

Thus ensues, if not a romantic, then an intensely sexual relationship. They make love with unbridled passion everywhere within Uzi’s farmhouse and its environs. The narrator, long the active partner in gay male sex, is given no choice with Uzi but the passive role, and he revels in it. Whenever Uzi isn’t tending to his business, they are making love. Fallenburg lushly describes the physical aspects of this passion in rich and supple language, making this a very sexy read for those on the outside looking in.

As the world around them encroaches, though, it turns into an untenable situation. A stone’s throw away live both of Uzi’s ex-wives and his children; one of his ex-wives even lives next door. But her closeness ends up being a benefit: after her initial shock subsides, she becomes a much-needed ally to the narrator, and he even sees his lover’s children become a part of his everyday life.

Relationships founded on unbridled sexual passion can naturally turn into something else. As the narrator works to make Uzi’s business into the financial success he knows that it can be, the passion begins to wane and become more quotidian. Soon, though, it turns to jealousy, with the narrator convinced that Uzi is being unfaithful with a young, Arab worker he has taken on.

The novel explores passion and physical attraction in all of their glory—as well as their dark underside. Fallenberg aptly describes the dying embers of this overwhelming physicality, and the desperate acts to which it can drive a man, things he might never have imagined himself doing. What lengths will a man go to hold on to another? What will he miss when the fire of passion dies down, as it transforms into real companionship and love?