Personal Advice from Missouri Vaun: Help! Should I Come Out to My Conservative Parents?

Personal Advice from Missouri Vaun: Help! Should I Come Out to My Conservative Parents? 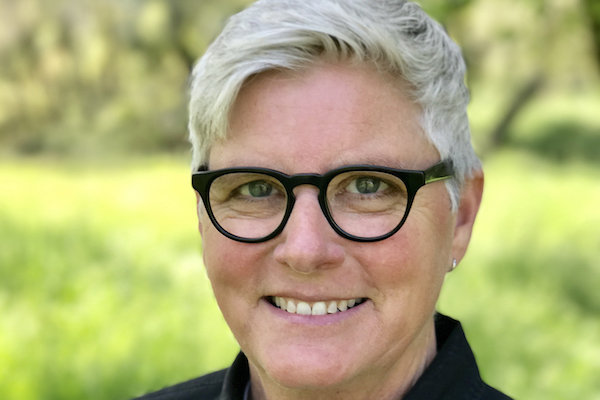 Do you have problems with your love life? Hate your job? Your social life lacking that certain zing? All questions can be answered through literature—or maybe at least by the people who create it. With that in mind, we here at The Lambda Literary Review have started our very own advice column called “Reader Meet Author.” Think of the column as sort of a “Dear Abby” for the LGBTQ literary set. You can send “Reader Meet Author” questions for publication to ReaderMeetAuthor@lambdaliterary.org.

This month’s column is overseen by novelist Missouri Vaun.

Missouri Vaun spent a large part of her childhood in southern Mississippi, before attending high school in North Carolina and college in Tennessee. Strong connections to her roots in the rural south have been a grounding force throughout her life. Vaun spent twelve years finding her voice working as a journalist in places as disparate as Chicago, Atlanta, and Jackson, Miss., all along filing away characters and their stories.

Her novels are heartfelt, earthy, and speak of loyalty and our responsibility to others.  Her books include Chasing Sunset, Spencer’s Cove, and Proxima Five. She and her wife currently live in northern California.

Do you think it is important to come out to your parents?

I have been out to myself for about five years. During this time, I have surrounded myself with a nice group of gay friends and I have come to feel comfortable in my own skin.

I have not come out to my parents and honestly, I don’t feel like it. They are in their 70s, slightly socially conservative, and while we love each other, we have not been that close for the last couple of years.

I have never talked about my sexuality (nothing pertaining to dating, gay or straight). I think that they already know, but they just don’t want to talk about it.

Some of my friends feel like I should tell them, that it might bring us closer. But a big part of me does not want to rock the boat and create any unnecessary drama.

This is a particularly tough question for most of us, especially if your parents are older. I can relate to your situation. I grew up in a conservative, Baptist family in the Deep South. I was close to my parents. Close enough to know that they wouldn’t be happy to find out they had a gay kid. I remember really struggling with whether to come out to my parents or not, and had decided I wasn’t ready to deal with the fallout. At the time I was in my twenties and hadn’t quite figured everything out for myself, so the last thing I wanted to deal with was other people’s drama. In the end, I didn’t get to decide. My mom looked through some stuff in my room and found a letter from my girlfriend. I had moved back home after graduating from college until I saved enough money to get my own place. My parents were old-school… you know, anything that happened under their roof was their business. We went through a few very tough years as my parents struggled with their feelings and I tried to be patient, but it definitely wasn’t easy. And in reality, I would say it took almost ten years for everything to be okay.

Reflecting back, I’m happy that we were honest with each other, even though it wasn’t the timing I’d have chosen. Having been open about my life for a couple of decades now, I’d never want to go back. But I was younger, and so were my parents.

My parents are in their seventies now so it would be a tough call to make about whether to come out to them at their current age. Although, there’s so much in the media now, so much positive gay content that wasn’t around in the 80s when I first came out. You’ve got that working in your favor.

I realize I’m sharing my story more than giving you advice. It’s such a personal decision that no one can make for anyone else. Only you know the situation intimately. I would say, trust your gut feeling about it. Don’t second guess yourself. Make the right decision that’s for you, not your parents. And whatever you decide, know that it’s okay. I hope that’s helpful.

I have a good friend who has ignored all other aspects of her life for the pursuit of love. Since I have known her, she been singularly obsessed with her romantic life. She does not have a career to speak of–she works part time doing catering gigs here and there, she sleeps on the couch in the spare room in her younger more established sister’s apartment, and she often asks me to borrow money to pay her phone bill.

Everything else in her life seems to fall by the wayside; it is all about her romantic entanglements. Since I have known her, her life has been a litany of relationships. She seemingly can’t be alone. Romantic love has always been the main focal point of her life: not finding a full time job, not finding a place of her own to live, and not saving money. For her it is always about finding and maintaining these relationships, that never seem to last. I understand that finding a lover can be hard and loneliness can be devastating, but do you have any guidance on how I could help her cultivate other aspects of her life?

A Friend in Need

Dear A Friend in Need,

Wow, that’s a tough one. The two suggestions that came to mind as I read your note were that your friend should find a hobby and get a dog.

I’ve always had this belief that if you focus solely on finding a relationship that you end up seeming desperate. If you put too much energy into dating, if that becomes your sole focus forsaking everything else, then what do you really bring to a relationship?

If your friend could find a job or a hobby that brings her joy, then she’d inevitably meet other people who shared that joy and she’d probably more easily end up dating someone with whom she had a real connection, a more lasting connection. Not only that, if she had a more viable career that would likely make her more appealing to a potential partner. Most of us are attracted to people who are self-sufficient or who are doing something that inspires them… or inspires us. This isn’t true in every case, obviously, but it’s been my experience that it’s mostly true.

As for getting a dog… I suggest that because having a dog is a rewarding relationship. A dog is a salve for loneliness. Not only that, dogs need to be walked. When you’re out with your dog, you always meet people. Dogs are great ambassadors. (Plus, women love dogs.)

I had a good friend who was single forever but wanted to be in a relationship badly. He always picked the wrong women in my opinion and eventually he came off just seeming a bit too desperate for love. I talked him into getting a dog. Having this dog sort of turned his life around and broke the cycle he’d been stuck in. He now had this creature who loved him. He had someone to come home to every day. They took long walks together and this dog eventually introduced him to his wife, who just happened to volunteer at animal rescues.

He was married within a year after getting the dog.

I’m not saying dogs are the answer to everything, but they’re pretty amazing.

I wish your friend luck. It’s not easy being where she is.