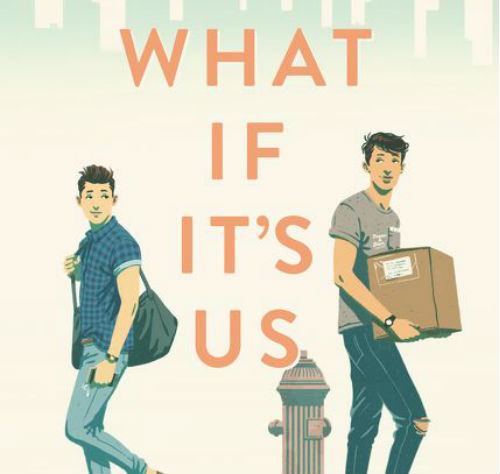 It’s October, and that means new LGBTQ books for your reading list!

This month marks the release of some highly anticipated books for YA readers. In What If It’s Us (HarperTeen), Adam Silvera and Becky Albertalli join forces on a story “about two very different boys who can’t decide if the universe is pushing them together—or pulling them apart.”

Someday, the sequel to David Levithan’s novel bestselling Every Day (which was adapted into a movie starring Angourie Rice), is also out this month from Knopf Books for Young Readers. Like its predecessor, the novel grapples with challenging philosophical questions: “What is a soul? And what makes us human?”

Tillie Walden has a new inspired YA, science fiction graphic novel out. On a Sunbeam will be published this month by First Second. Check out our review of it here. 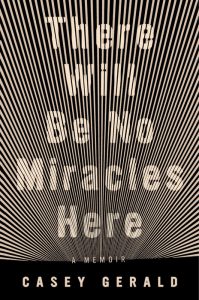 A memoir we’re looking forward to reading this month is Casey Gerald’s There Will Be No Miracles Here (Riverhead Books).

When Casey–following in the footsteps of his father, a gridiron legend who literally broke his back for the team–is recruited to play football at Yale, he enters a world he’s never dreamed of, the anteroom to secret societies and success on Wall Street, in Washington, and beyond. But even as he attains the inner sanctums of power, Casey sees how the world crushes those who live at its margins. He sees how the elite perpetuate the salvation stories that keep others from rising. And he sees, most painfully, how his own ascension is part of the scheme.

Also released this month is Transparent and I Love Dick creator Jill Soloway’s memoir, She Wants It: Desire, Power, and Toppling the Patriarchy (Crown Archetype):

She Wants It: Desire, Power, and Toppling the Patriarchy moves with urgent rhythms, wild candor, and razor-edged humor to chart Jill’s evolution from straight, married mother of two to identifying as queer and nonbinary. […] With unbridled insight that offers a rare front seat to the inner workings of the #metoo movement and its aftermath, Jill captures the zeitgeist of a generation with thoughtful and revolutionary ideas about gender, inclusion, desire, and consent.

In fiction news, Mattilda Bernstein Sycamore’s Sketchtasy is out this month from Arsenal Pulp Press:

Sketchtasy takes place in that late-night moment when everything comes together, and everything falls apart: it’s an urgent, glittering, devastating novel about the perils of queer world-making in the mid-’90s.

In the Halloween mood? You might want to take a look at the horror/paranormal anthology Devil Take Me (DSP Publications), with stories from Rhys Ford, Ginn Hale, C.S. Poe, and more.