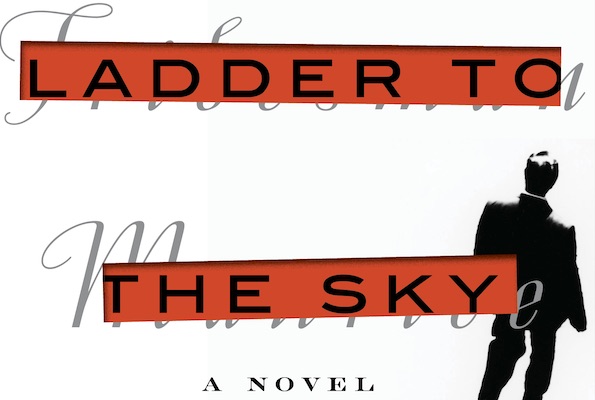 It’s November, Fall is in full swing, and if the cooler weather has you wanting to curl up with some new LGBTQ books, we’ve got you covered!

This month, we’re looking forward to Mark Dery’s biography of Edward Gorey, Born to Be Posthumous: The Eccentric Life and Mysterious Genius of Edward Gorey (Little, Brown). From the publisher: 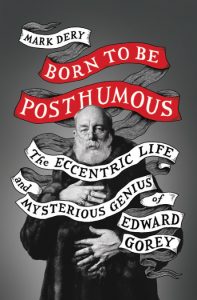 From The Gashlycrumb Tinies to The Doubtful Guest, Edward Gorey’s wickedly funny and deliciously sinister little books have influenced our culture in innumerable ways, from the works of Tim Burton and Neil Gaiman to Lemony Snicket. Some even call him the Grandfather of Goth.

But who was this man, who lived with over twenty thousand books and six cats, who roomed with Frank O’Hara at Harvard, and was known–in the late 1940s, no less–to traipse around in full-length fur coats, clanking bracelets, and an Edwardian beard? An eccentric, a gregarious recluse, an enigmatic auteur of whimsically morbid masterpieces, yes–but who was the real Edward Gorey behind the Oscar Wildean pose?

John Boyne, author of last year’s The Heart’s Invisible Furies, has a new novel out this month. A Ladder to the Sky (Hogarth) follows Maurice Swift, a would-be writer who makes up for his lack of talent with looks, cunning, and charisma, drawing comparisons to Patricia Highsmith’s Tom Ripley. From the publisher:

Working as a waiter in a West Berlin hotel in 1988, Maurice engineers the perfect opportunity: a chance encounter with celebrated novelist Erich Ackermann. He quickly ingratiates himself with the powerful – but desperately lonely – older man, teasing out of Erich a terrible, long-held secret about his activities during the war. Perfect material for Maurice’s first novel.

Once Maurice has had a taste of literary fame, he knows he can stop at nothing in pursuit of that high.

Also out this month is Alison Bechdel: Conversations, edited by Rachel R. Martin (University Press of Mississippi), which collects ten interviews between 1990 and 2017, “trac[ing] Bechdel’s career from her days with [Dykes to Watch Out For] to her popularity with Fun Home and Are You My Mother?”

In the mood for some speculative fiction? Check out Transcendent 3: The Year’s Best Transgender Speculative Fiction (Lethe Press), edited by Bogi Takács, which includes 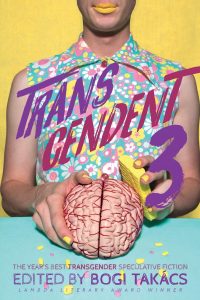 a wide range of non-cis experiences: from an intergalactic art heist to the everyday life of a trans woman through the lens of horror movies; non-binary parenting in the far future, to a unique method of traveling back to the past. Steampunk, ghosts, even deities, all can be found in these stories that show how transness can relate to and subvert so many themes at the heart of speculative fiction.