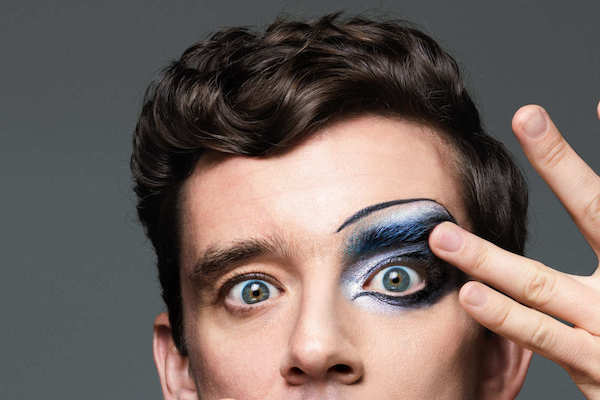 Torch Song Trilogy is back on Broadway, with Michael Urie in the starring role. Jackson McHenry at Vulture spoke with him about the revival, now in previews, and why he’s no longer worried about being typecasted into gay roles. Meanwhile, Ryan McPhee at Playbill got Harvey Fierstein’s take about passing the reins to Urie. 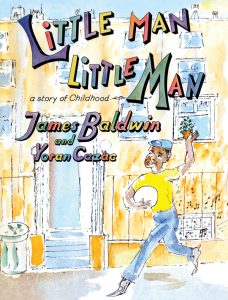 The Nomadic Archivists Project has a new column “dedicated to telling the stories of unique and interesting discoveries found in the archives.” Kicking it off is an interview with professor Nicholas T. Boggs about his discovery of James Baldwin’s long-lost children’s book, Little Man, Little Man. Boggs, along with fellow scholar Jennifer Devere Brody, have republished the book, and now, after forty years, it’s back in print from Duke University Press.

The MacArthur Foundation announced the 2018 ‘Genius’ Grants. Recipients from the LGBTQ literary community include writer John Keene, author of Counternarratives, and poet Natalie Diaz, whose work was included in Nepantla: An Anthology Dedicated to Queer Poets of Color, published earlier this year.

In other awards news, the National Book Foundation released the list of finalists for the 2018 National Book Awards. Poet Justin Philip Reed made the cut for his collection Indecency, as did Jeffrey C. Stewart for his biography The New Negro: The Life of Alain Locke, novelist Sigrid Nunez for The Friend, and Elizabeth Acevedo for her young adult novel-in-verse The Poet X.

Kundiman is celebrating fifteen years nurturing Asian American writers, and for the occasion, Tamiko Beyer at LitHub has pulled together a list of 15 Kundiman writers you should know.

In The New York Times Magazine’s recent culture issue, Angela Flournoy profiled Barry Jenkins as he works to bring James Baldwin’s If Beale Street Could Talk to the screen. Critic Wesley Morris also penned an essay arguing that “culture is being evaluated for its moral correctness more than for its quality,” stoking some controversy. 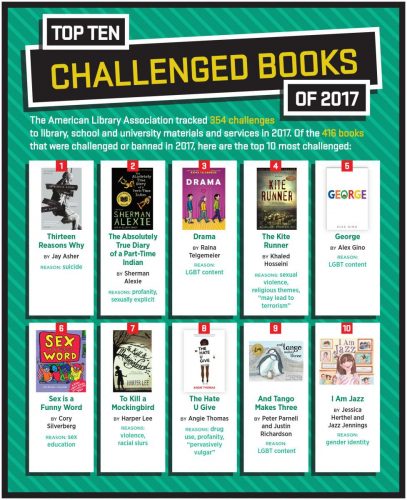 Banned Books Week was September 23-29, and Parrish Turner at Culture Trip took a look at how banning books reveals deeper truths about the evolving cultural concerns of the United States” and “American anxiety around the LGBTQ community.” According to the American Library Association, 4 of the 10 most challenged books in 2017 were because of LGBTQ content or gender identity.

Tara Isabel Zambrano spoke with Chaya Bhuvaneswar for Tin House about her debut short story collection, White Dancing Elephants, out this month from Dzanc Books, as well as the influence of politics and religion in her writing.

In her new film, Melissa McCarthy is playing “real-life writer Lee Israel, a queer biographer who, in the early 1990s, turned to forgery when her books stopped selling,” and R. Kurt Osenlund at Out thinks it’s her “most moving work to date.” Can You Ever Forgive Me? opens in theaters on October 19.

Are you eagerly awaiting the release of Jill Soloway’s new memoir? Head over to The New Yorker for an excerpt. She Wants It: Desire, Power, and Toppling the Patriarchy will be published on October 16 by Crown Archetype.

And now that we’re officially into October, if your reading list doesn’t feel quite spooky enough, you might want to check out Emily Temple’s list of Great Women Horror Writers to Freak You Out This October over at LitHub. Or, if you have some upcoming travel plans, let Peter Gadol over at CrimeReads tell you why crime fiction makes the best guide.

Photo of Michael Urie by Marco Grob via Vulture