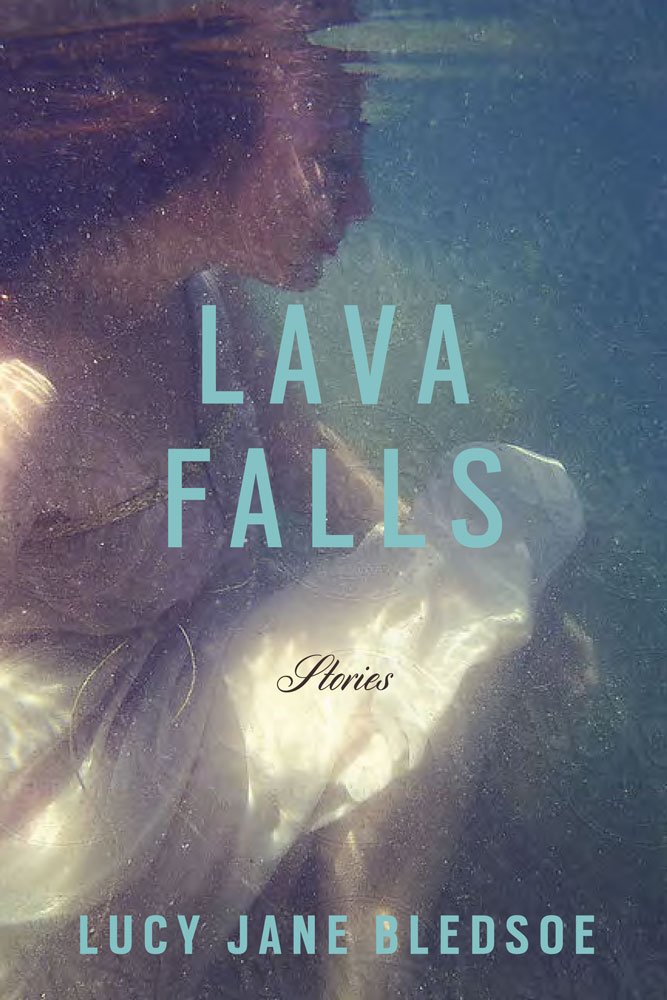 Lava Falls is a collection about solitude—both physical and emotional. Author Lucy Jane Bledsoe leads us through a vast series of settings, including Alaska, the Yukon, and the Grand Canyon. Each story draws on an expansive setting to show its narrator’s isolation and yearning. In one, six women embark on a dangerous rafting trip, stretching the limits of their friendship and comfort. In another, a young girl travels to California, where she hopes to become a famous singer.

All of the stories in Lava Falls show people who are “fish out of water,” struggling to adapt to new climates and deal with interpersonal issues. At times, the prose veers into melodrama, but is saved by a constant, consistent attention to atmospheric detail.

Bledsoe’s best work is in two of the shorter stories: “My Beautiful Awakening” and “Life Drawing.” “My Beautiful Awakening” follows a middle-aged woman who has just moved to central Alaska after a painful breakup. There, she meets Jurek, a man who has recently acquired a mail-order bride, Dong Mei, through an international marriage agency. The best part of the story is the tender relationship that develops between the narrator and Dong Mei as she tries to escape life with Jurek.

The characters here are all deeply flawed and mostly unlikeable. But at the same time, they’re layered, interesting, and unexpected. They are real: awkward, and painful to watch at times, which makes the reader root for them. The dialogue, too, is spot on; it moves the plot forward, all the while illuminating the characters’ faults and disjointedness:

“How do you know you love her?” he asked.

His eyes were shining as he lifted his gaze to hold mine. “How?”

So I pretended to think about it. Then, I said, “Because I can tell you every single one of her faults and I don’t care.”

“Life Drawing” uses many of the same techniques to make it a successful story. It follows Blair, a teenaged girl who has pledged her life to Christianity, as she navigates a burgeoning fascination and attraction to an older neighbor.

This story makes the reader deeply uncomfortable at times, which is part of its strength. The interactions between Blair and her neighbor, Charles, are never fully indecent, but are always hovering very close to the line. The story follows Blair’s questioning of her faith, and her intrigue in Charles, who eventually asks if he can draw her.

In his studio, alone, the reader follows their interactions closely. The tension in this scene is palpable. The reader wants to look away but can’t. The atmosphere gets especially tense in a scene where Blair ruminates on a naked drawing of Charles’s wife just before her death, her body ravaged by illness:

She’d bent to pick up the Bible, and as she straightened, she kept her back to him. The words contrast and juxtaposition occurred to her. His wife’s wasted body and her own plump, pink one. It might be the Christian thing to do. If it was in her power to ease the man’s suffering, then shouldn’t she?

After Charles requests to paint Blair nude, the story reaches the height of its tension. Blair obeys, and the reader watches her flower in her newfound confidence, while still fighting for attention from Charles, who seems solely focused on his art. She encourages him to touch her; he doesn’t. They talk about faith, and sin:

She said, “I thought maybe you were a fag. I mean, before you told me about your wife.”

Charles put down his charcoal, and a flash of anger crossed his face, like the time he’d sprayed the roses too hard. “Don’t use that word.”

It’s uncomfortable to watch their interactions, and that’s what puts this story at the head of all the rest. The discomfort keeps the story from becoming a cliché, and in that way, we are presented with characters and actions that feel real in their awkwardness.

Indeed, many of Bledsoe’s narrators seem desperate in a way that makes the reader want to look away. This is her strength as a writer. By highlighting uncomfortable moments between characters and showing their desperation, Bledsoe forces the reader to examine their own humanity. It gives the prose a realness that can be lacking elsewhere, and makes Bledsoe stand out in a way we will remember.

'Gideon the Ninth' by Tamsyn Muir
'States of Independence' by Michael Klein and 'The Pillow Book' by Jee Leong Koh
'The Conversation' by Judith Barrington and 'Love Will Burst Into a Thousand Shapes' by Jane Eaton H...