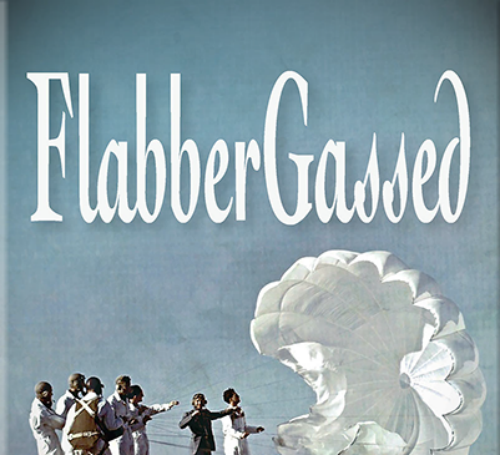 Author of fifteen novels, Michael Craft is best known for his Mark Manning mysteries about a gay investigative reporter who moves from Chicago to Dumont, Wisconsin, to become publisher of the local daily. His new novel, FlabberGassed: A Mister Puss Mystery, begins a new cozy series that features the clever and dashing gay architect, Brody Norris, as an amateur detective; a cast of diverse and eccentric locals; and the eponymous Mister Puss, a (sort of) talking cat. As a reader, I don’t usually reach for a cozy. My tastes run dark, usually procedurals, thrillers, and noir. That being said, I gave myself over to Craft’s delightful prose and warm wit, finding myself charmed by this quirky and insightful mystery.

At the opening, we find Brody and his husband Marson Miles, both architects, commissioned to design a chain of clinics for Dr. Francis Frumpkin’s “miracle” weight-loss treatment called FlabberGas—which sounds more like a whoopee cushion manufacturer than a dieting scheme. Where were the branding police when the doctor needed them?! The wealthy widow Mary Questman, a dear friend of Brody’s, has decided to invest in Frumpkin’s enterprise, but Brody is concerned for her mental health: apparently her beloved Abyssinian, Mister Puss, has been talking to her. Coaxed by the good doctor, Mary volunteers to demonstrate the restorative powers of the gas treatment for potential investors, but Mister Puss warns her not to go through with it. After she backs out, another volunteer takes her place and is gassed to death with nitrous oxide—it’s no laughing matter! Sheriff Simms, up for re-election with some serious competition, enlists the help of Brody to root out the murderer quickly. First, though, he must determine who was actually the intended victim.

The mystery is engrossing chiefly because of Craft’s sensitivity to character. None of these characters—no matter how boldly drawn—are merely caricatures. I’m a fan of quirkiness, but not at the expense of writing multi-dimensional characters. To varying degrees, Craft gives depth to his cast. He portrays Brody’s extramarital attraction to an alluring suspect honestly, offering insight into how gay men in committed relationships navigate feelings of loyalty and lust outside traditional heteronormative marital values. He also begins to develop Brody’s complex mother-son relationship with the colorful reporter, Gee Savage, which I hope he will continue flesh out in future installments. He even handles the chatty Mister Puss with care: Is the cat communicating telepathically or are the characters simply projecting their thoughts on to him? The conclusion, much darker than I was anticipating, might strike some readers as jarring, but for me, it indicated the serious themes running underneath the surface of Dumont and of this novel: toxic masculinity.

Toward the end of the book, Brody takes Sheriff Simms’s son to a Cub Scout meeting. As they are on their way, he visualizes the scouts’ “potbellied fathers tagging along in their quest for a second childhood, looking ridiculous in their stretched old uniforms, popping their buttons, strutting their stuff, redolent with the musk of heterosexuality.” This resonant thought exemplifies the cultural commentary winding its way through this novel, the first in a series that may have more on its mind than just talking cats and wacky widows.

'Death of a Dying Man' by J.M. Redmann
Michael Nava Adapts 'Lay Your Sleeping Head' into a Dynamic New Podcast Series
How to Make Self-Help Sexy: Risk and Writing in Augusten Burroughs' 'This is How'