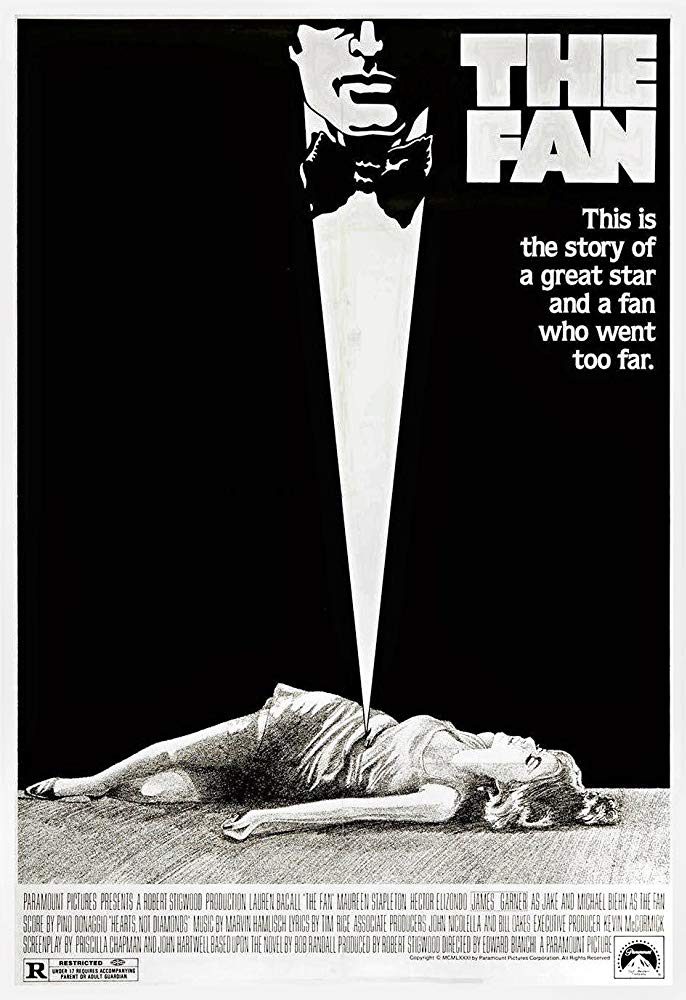 With the Halloween season in full swing, I was charged with scaring up a viewing guide of queer book to film horror adaptations. Easy, right?

Not so much, as it turns out.

Sure, I was able to find some great examples of LGBTQ horror films, some even created by LGBTQ talent—from slashers like Paul Etheredge-Ouzts’s Hellbent (2004) and Glenn Douglas Packard’s more recent Pitchfork (2016) to the explicit lesbian vampire themes of The Vampire Lovers (1970), Lust for a Vampire (1971), and Twins of Evil (1972) and pretty much everything produced under David DeCoteau’s Rapid Heart Pictures banner. And, honestly, do you really need another armchair critic to tell you how gay A Nightmare on Elm Street 2: Freddy’s Revenge is?

And, yes, I was able to identify LGBTQ-themed horror novels ripe for film adaptation—Paul Tremblay’s A Cabin at the End of the World, Christopher Rice’s The Heavens Rise and The Vines, Lee Thomas’s The Dust of Wonderland, Caitlín R. Kiernan’s The Drowning Girl, and Michael Rowe’s Enter, Night come easily to mind. And wouldn’t Jameson Currier’s The Wolf at the Door or the books from Gemma Files’ Hexslinger Trilogy be outstanding source material for a Netflix or Hulu series?

Alas, neither was my assignment and I was presented with the more daunting task of tracking down queer works of horror literature that have been adapted to film. I further challenged myself to refrain from listing the more obvious choices like Clive Barker’s Nightbreed or Shirley Jackson’s The Haunting of Hill House—the queer subtext of both having been covered ad nauseam elsewhere. I warn you: Some of the connections may be tenuous at first, but I promise an unconventional list of queer—and queer-adjacent—films from which to choose. 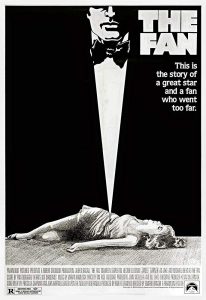 Based on the 1977 Edgar Award-nominated book by gay novelist and playwright Bob Randall, this 1981 film adaptation certainly had the gay audiences in mind—from the casting of the legendary Lauren Bacall to the behind-the-scenes backdrop of a fictional Broadway musical. Randall’s epistolary novel, consisting of various letters between many of the characters, was fleshed out by screenwriters Priscilla Chapman and John Hartwell to tell the story of an obsessed (questionably gay) fan and the object of his stalking—stage and screen star Sally Ross (Bacall). Ross is about to launch a comeback in a big-budget Broadway musical, Never Say Never—replete with a wonderfully campy Marvin Hamlish/Tim Rice original “Hearts, Not Diamonds” which earned the film its single award nomination: Golden Raspberry Award nominee for Worst Original Song. It lost.

The Fan marked the first leading role for an adorable twenty-something Michael Biehn who chews through almost as much scenery as the obsessed Douglas Breen as does Bacall’s Ross. There’s a decidedly creepy psychosexual vibe throughout—at alternate points in the film Douglas stalks and slashes Sally’s speedo-clad choreographer in a pool before cruising a gay bar and then killing the poor trick who follows him up to a rooftop during oral sex. Oh, and then sets his body on fire. Yeah—this was still the early ‘80s and the depiction of gay characters hadn’t moved past the self-loathing stage quite yet. The film aimed at being a highbrow slasher; it’s had to settle on becoming a midnight camp classic. Randall died of AIDS in 1995 at the age of 57. 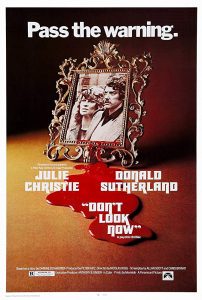 Long considered one of the most influential horror films ever made, Don’t Look Now is an adaptation of Daphne du Maurier’s short story of the same name from her 1971 collection Not After Midnight. Director Nicolas Roeg’s excellent adaptation explores the psychology of grief and its manifestations with Donald Sutherland and Julie Christie as married couple traveling through Venice—where John has accepted a commission to restore an old church—following the accidental drowning death of their daughter back in England. While dining one night, the couple encounters two sisters, one of whom a blind clairvoyant who ominously informs them that their dead daughter is trying to contact them from beyond the grave with a warning of impending danger. The film relies heavily on Hitchcockian misinterpretation and mistaken identity, with plenty of supernatural scares and one controversial sex scene that garnered the uncut version of the film an X rating from the British Board of Film Classification upon its initial release.

The queer angle here can be found in the source material’s authorship and possible inspiration. Following her death in 1989, it was revealed through various letters released by her family to biographer Margaret Forster that Daphne du Maurier was bisexual, an orientation she struggled with. In this correspondence, she would refer to her heterosexual encounters as “Cairo” and homosexual assignations as “Venice.” “Venetian” was therefore assumed to be her private code for lesbian, while “going to Venice” was a reference for having a lesbian sexual affair. Long before this story was written, Du Maurier herself traveled to Venice to grieve the death of her reported—and refuted—lover, the actress Gertrude Lawrence. It may have been on that visit that the amalgamation of feelings she experienced—denial, grief, fear, restlessness—were translated into this tale of supernatural longing and horror. 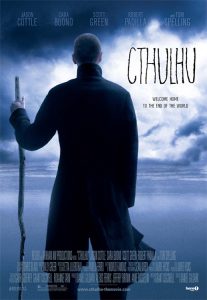 The vast catalog of famously bigoted H.P. Lovecraft may not be the first place one would think of looking for source material for a queer horror movie, but writer-director Dan Gildark and screenwriter Grant Cogswell did just that for their moody debut, Cthulhu. Lovecraft’s spooky classic 1936 novella The Shadow Over Innsmouth gets a terrifying and provocative reinvention here when a gay college professor returns to his small hometown on the Oregon coast to execute his late mother’s estate. When he reunites with his best friend from childhood, the two fall into a passionate, long-awaited tryst that’s complicated when he uncovers his father’s connections to a sinister New Age cult. Apocalyptic creepiness ensues.

Cthulhu has plenty of subtext about the horrors of small-town life that will resonate with any LGBTQ person who has experienced outsider status. Adding to the gay quotient, Tori Spelling inexplicably shows up playing against type here in a brief role. If you like your horror themes big, your gore quotient low, your plots purposefully discombobulated, your visuals sumptuous, your tone unapologetically chilling, and your endings grim, Cthulhu may just be your Halloween wet dream. 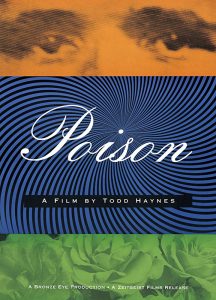 Written and directed by openly gay Todd Haynes, this arthouse blend of horror, science fiction, and drama took home the Grand Jury Prize at 1991’s Sundance Film Festival before causing quite the stir upon its release—drawing the ire of right-wing moralist figures of the day like Ralph Reed and minister Donald Wildmon. The film is comprised of a triptych of intercut stories partially based on the novels of Jean Genet, the French rebel, anarchist, and social outcast who later became a noted novelist, poet, and playwright. “Hero,” a parody of sensationalist TV documentaries, tells a bizarre story of suburban patricide at the hands of a murderous seven-year-old boy in an idyllic Long Island suburb; “Horror,” an allegory of the AIDS epidemic visualized in the style of those gloriously melodramatic black-and-white ’50s-era B-monster movies, is a gothic tale of a mad scientist who ingests an experimental sex serum that unleashes a disfiguring plague; while “Homo,” a composite of three Genet novels set in 1930s French prisons including The Miracle of the Rose (1946), Funeral Rites (1947), and The Thief’s Journal (1949 ), explores an obsessive sexual relationship between two reformatory boys later reunited as prison inmates.

Although the contrasting styles and absence of clear-cut links between the segments in Poison may prove challenging for the casual cinematic eye, they also make for remarkably provocative viewing because of the way their common themes—deviancy, disaffection, ostracism, oppression and repression, transgression and persecution—are so well integrated. Best to have some sweet Halloween candy on hand to balance the sour aftertaste this subversive little slice of avant-garde cinema might leave in your mouth. 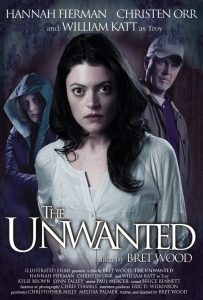 This Southern gothic-horror film is based on the novella Carmilla by Irish writer Sheridan Le Fanu, which was first serialized in the literary magazine The Dark Blue in late 1871 and early 1872 before being reprinted in its entirety in Le Fanu’s short story collection In a Glass Darkly. Le Fanu’s story is narrated by a young woman preyed upon by a female vampire named Carmilla—and although Le Fanu depicts his vampire’s sexuality with the subtlety that one would expect for the time period—it is evident that lesbian desirability is the driving erotic force between Carmilla and the narrator of the story. Carmilla is credited with both giving birth to the lesbian vampire archetype and having the distinction of being an influential precursor to Bram Stoker’s seminal Dracula.

Although Carmilla has been adapted quite a few times—notably in 1960’s Blood and Roses and 1972’s The Blood Splattered Bride—writer-director Bret Wood takes perhaps the most liberties with the source material in his The Unwanted. He transposes the original story’s Austrian setting to South Carolina where the audience is introduced to the titular character as she comes to town in search of a woman named Millarca and becomes sexually involved with the daughter of someone who may have known her. Blood fetishism and mistaken vampirism add some nifty twists and turns to this contemporary reimagining that emphasizes the character-driven tragedy over the traditional prey-predator formula. A slow burn for viewers who want something horror-rooted and dark without the traditional jump scares or gore.

Images of movie posters via IMDB.com

Vince Liaguno is an author and the Stoker Award-winning editor of UNSPEAKABLE HORROR: FROM THE SHADOWS OF THE CLOSET (Dark Scribe Press 2008), an anthology of queer horror fiction. He is a member of the Board of Trustees of the Horror Writers Association (HWA) and member of the National Book Critics Circle (NBCC). Author Website: www.VinceLiaguno.com