Queer Eye for the Chainsaw Guy: A Five-Part Love Letter to Horror

Queer Eye for the Chainsaw Guy: A Five-Part Love Letter to Horror 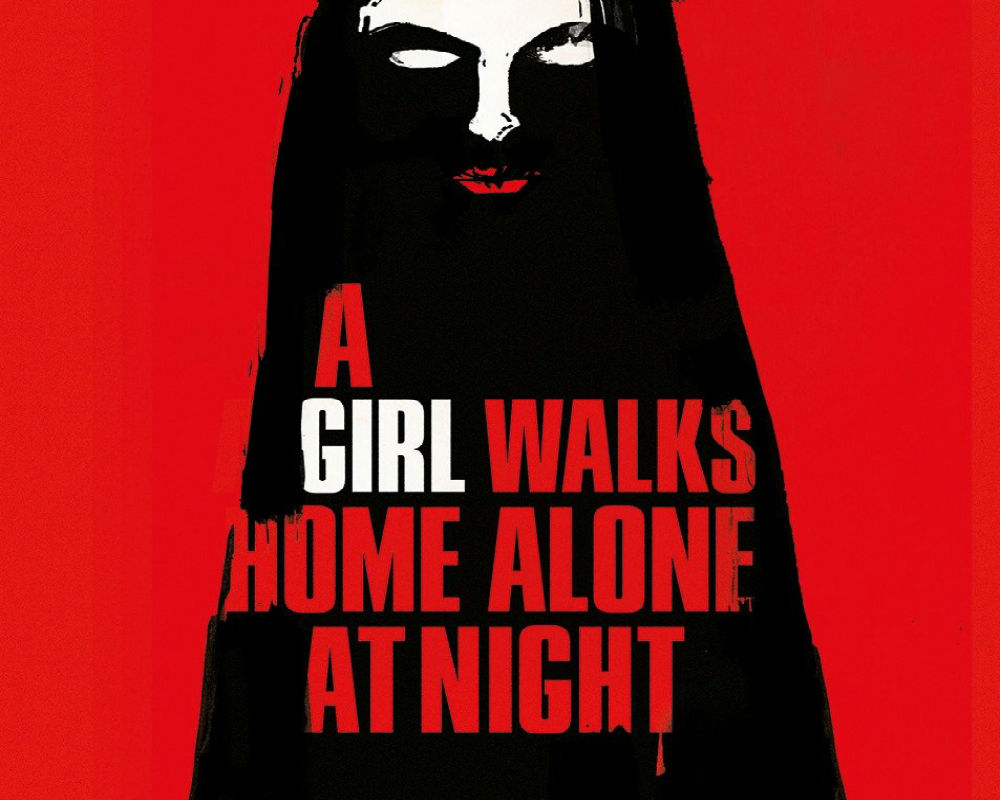 This is a bleeding nonmonogamous conditional love letter to the queer art that is horror in film, art, and literature—its aesthetic, its vibrancy, its opening of doors (no, but don’t open that door!), its making room, its perversion and subversion, its desire and delight.

There is somewhere a conversation about whether there is or is not a queer aesthetic, given that queerness is a non-monolithic identity that is entirely self-defined vs. the fact that so many of us working queer artists/readers/thinkers/lovers are working in a lineage we can’t always define but can always point to, can always recognize, can breathe easier by. This isn’t that conversation, although part of me will always be at that debate. The other part is here, revisiting the canon from A-Z, A Girl Walks Home Alone at Night to Zombieland, writing horror, and talking myself hoarse to film students and writers in my writing workshops, trying to explain why horror matters. Assuming you believe in the possibility of queer aesthetic(s), I’d like to share why horror is one of mine.

There is somewhere else a conversation about cruelty in art, about whether violent art makes us more violent, around, e.g., Maggie Nelson’s Art of Cruelty, about violence porn, about the power of violent images to acclimatize us to violence, and to reinforce the oppressive lines already drawn. I’m there too. As a femme-presenting person, I will never know what it feels like to walk down the street without being or feeling subtly or overtly threatened. When masculine-presenting people ask me how I can watch slasher movies, aren’t they sexist, I am tempted to answer: they would be, love, except some of us happen to live in one. And as a nonbinary woman-passing white person with all the privileges thereto attached, I commit to fighting for all the bodies more endangered than mine. Good horror should take this into account, but doesn’t always, which is why this love letter is both bleeding and conditional. Then again, one nice thing about horror is that it doesn’t label itself “nice.” Compare I Will Spit on Your Grave with Gucci ads: at least the first isn’t trying to sell handbags along with the rape depiction; compare teen magazine culture with The Silence of the Lambs: horror doesn’t pretend to be your friend while telling you there’s something wrong with your thighs. Hannibal Lecter tells you your thighs look delectable. At least then you know where you stand.

What is horror? Why is it important? I would say that like queerness, horror should be a self-defined identity. If you say something is horror, it is. Pseudopod’s Alasdair Stuart writes that horror “is what you see coming.” There’s agency there. Stephen King writes in Danse Macabre that horror is “things we make up to cope with the real horror”–but I love to turn to Wendy Wagner’s introduction to Queers Destroy Horror 2017:

…horror stories reframe the terrible things of the world. They place wickedness and evil in a context that helps us see their limits and comforts us with the notion that darkness can be labeled, lit, and even survived. The work of the horror story is to define and demarcate the uncanny and the dark.

And there is no doubt that horror as a genre is a) a place for deep themes, and b) becoming accepted as a genre (consider Get Out, and its subsequent box office wins).

In that light, here are five ways I have defined a queer aesthetic in horror, complete with shout outs, love, and more. It’s not a complete list. I’m a rabid fan, not an expert. If (where) I forgot something essential, come find me. Let’s hold tentaclx and watch something scary.

1. The Horror Image Is Camp.

Exhibit A: the quintessential horror image: the elevator scene in The Shining, in which the doors of the lifts open and out pours so much blood, the camera lens is temporarily obscured. When I talk to artists about horror, the first thing I say is this: there will never be too much. Let it flow. Go there.

One unifying characteristic of the horror genre/image is too muchness, exaggeration, hyperbole. It never lets you forget the body. It doesn’t truck with restraint. There is never too much glitter. Before I had access to John Waters, I had Psycho and Pet Sematary (launching a lifetime of crushes on that particular Edward Furlong haircut).

Remember when Babadook became a queer icon and no one was surprised? What’s your favorite monster? When I ask my students what a monster is, the first thing they say is “not human.” The second thing they say is human, maybe? In every class, one or two students nod back at me, as if to say “I’ve been thinking about monsters my whole life,” the way that Kwame Dawes said, at a panel on the monster body at AWP 2014, “if you insist on making a monster of me, I will take that monster and replace it with a monster of my own making.”

We love monsters because, as Jeffrey Jerome Cohen writes in Monster Culture: Seven Theses, they represent our becoming, our transcendence, a futurity, like queerness, of what we are always striving towards, a transformation that may not have an arrival point. As Donna Haraway writes in Staying With the Trouble, embracing our and, our tentacles, our kinship with other creatures might be the only thing that can save us.

3. The Witch Is High Femme Fierceness.

“What has not been recognized is that the witch-hunt was one of the most important events in the development of capitalist society … the unleashing of a campaign of terror against women…weakened the resistance.” – Silvia Federici, Caliban and The Witch.

We have maybe, finally, arrived at the Season of the Witch. The Witch, Autopsy of Jane Doe, American Horror Story: Coven, even The Conjuring. The witch might or might not have a womb, but they are definitely not having your baby on your production schedule. The witch is the monstrous femme who isn’t going to let things slide anymore. The witch is #MeToo, Stormy Daniels, Brujas Against Trump. The witch has their Tarot deck in their back pocket, but is really here to read you. Look for the witch in horror movies, at femme2femme meetups, in the cackle emanating from next door.

4. The Haunted House Is Our House Party.

Host at The Haunted Mansion was the first job I ever wanted, first because ghosts, second because costumes. We talk about found family, found homes, found communities. Back in the era of Craigslist, we made entire homes out of personal ads: Wanted: Daddy; Wanted: Mommy; Wanted: Home.

The Haunted House in horror is that place we used to live with that ex and were happy, the place we haunt now, the lover we can’t wait to move in with despite the haunting of the ex. It’s the dream of a spare room, and the dream of being remembered. It’s walking around IKEA on the third date and thinking: we could do this, over and over, until we run into ourselves. Every haunted house story is a story about wanting to create a home despite what’s come before. It’s the home we recognize instantly, even if we’ve never been here before, the gay bar in the new city across the world where you might not know anyone, but you know that before the night is through, you’ll be talking to a firefighter or a volleyball coach, do not go in there and that they will surely break your heart.

5. The Ghost Is Everything.

Ghosts are the queerest horror figures. A ghost remembers, a ghost walks through walls, a ghost’s gender is always ghost. A ghost embodies the or of potential. Too many of us carry ghosts: lost family, lost friends, lost uncles or brothers. A ghost is the resilience of a spirit that is unquiet, uninvisible, and insists on being remembered.

We carry them, we are them, we remember and haunt and then we possess one another. We keep on, like the creepy twins in The Shining, forever and ever and…