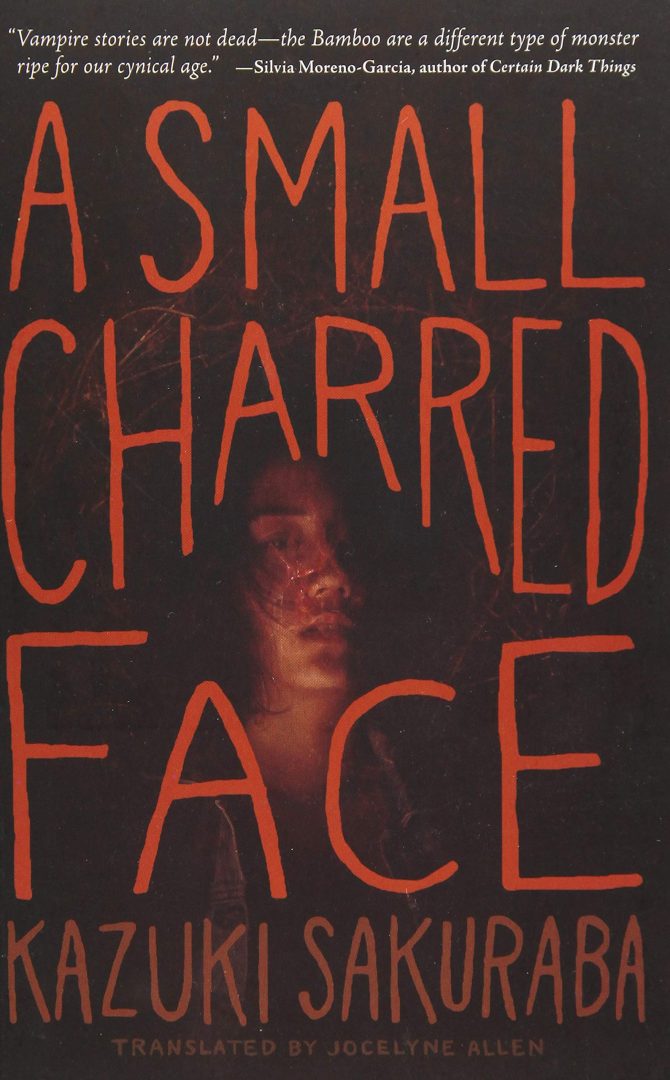 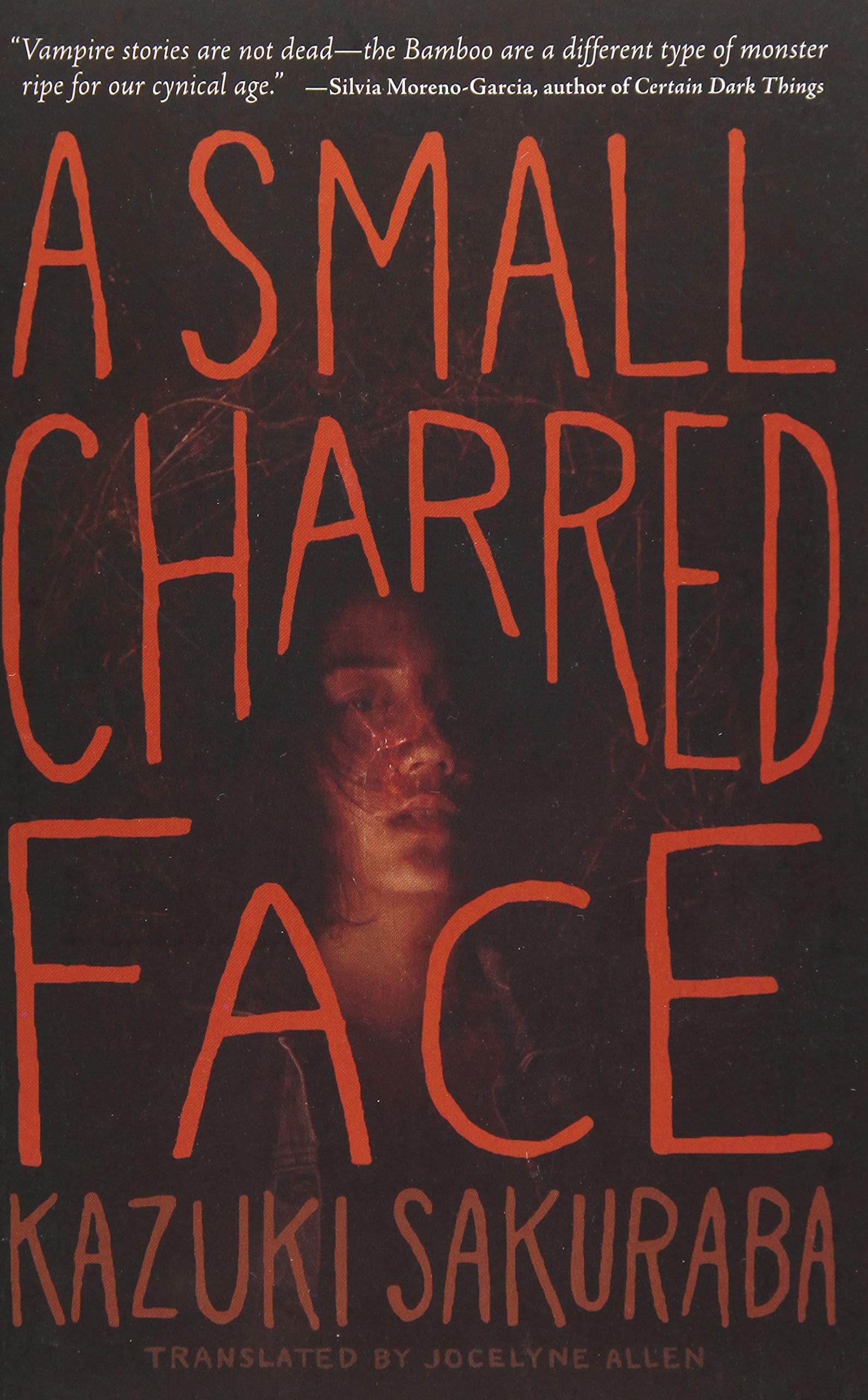 As it is October, and the thrill of Halloween makes the growing night seem all the more auspicious of tricks and treats, I find myself lingering by my bookshelves. I own a great many novels and anthologies of queer speculative fiction, especially LGBTQ horror tales. I want to tap you on the shoulder—I dare not frighten—and whisper in your ear some ideas on what book you bring to bed. I thought it best to recommend not only some classics but new stories you may be unaware of. Of course, not everyone likes being scared, so I have ranked my eleven suggestions in order of escalating frights.

I think you’ll find this short story more strange than scary. After fifteen years spent on the moon, all children are given exams. Those that fail are exiled permanently to Earth, which pretty much means all the moonkids are traumatized. This story will trigger memories of frustration and indignation at being seen as ungainly, stupid, or worthless. The many yearnings of the poor moonkids is heart-wrenching. Otis has a remarkable talent for addressing heartbreaking real-world issues through the wonders of the fantastical and otherworldly (my favorite story from her debut collection, Alien Virus Love Disaster, is titled “I’m Sorry Your Daughter Got Eaten by a Cougar”).

10. The House With a Clock in Its Walls by John Bellairs 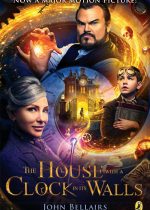 For many of us, our first scares, some of our favorite scares, came from books discovered on the shelves of the local library. Before Goosebumps, John Bellairs wrote eerie children’s thrillers (perfectly illustrated by one of the great macabre artists of the 20th century, Edward Gorey). The House With a Clock in Its Walls, the first and, arguably, best of the lot, has several elements that appear quite queer: the protagonist, Lewis, is ungainly and comes to live at the home of his quirky, bachelor uncle, who has a deep non-romantic friendship with the woman next door; Lewis’s motivation at the start of the book is trying to befriend and impress a more popular, athletic boy; the other sympathetic child is Rose, a tomboy; and the villains of the book are heterosexuals with the doomsday yearnings reminiscent of fundamentalists. (I’ve yet to watch the new film adaptation, but I’ve been told the queer sub-text is all the more apparent on the big screen.)

9. “The Halfway House” by Cliff James, from Speak My Language, and Other Stories, edited by Torsten Højer 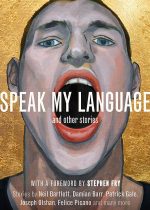 A lonely man who is existing rather than living in a decrepit house finds himself smitten with an angel, who may or may not be little better than an incubus. This is one of the best stories in the anthology Speak My Language, and Other Stories, which first appeared from a British press. Author Cliff James perfectly conveys the pain of feeling abandoned by the world, hoping that love will rescue us from a horrible life. (James has also written a modern gothic novel, Of Bodies Changed.) 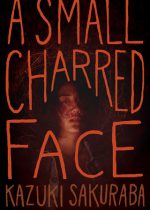 Not all vampires sleep in coffins. Some smell like tall grass. The Bamboo are Chinese vampires that, after a hundred years of looking youthful, explode in a spray of white blossoms (the writing is as lush as you might imagine!). The Bamboo depend on secrecy to ensure their existence, which means trouble for a pair of gay Bamboo who rescue and adopt a young boy orphaned by mobsters. More dark fantasy than horror, Sakuraba’s story is a charming take on what it means to be human.

7. One For Sorrow by Christopher Barzak 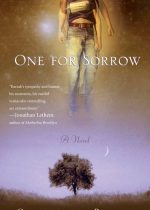 Boy meets ghost in this young adult novel. Boy actually undresses and crawls into a grave. Bisexual characters often get overlooked—a problematic bias on behalf of readers and reviewers. This book definitely deserves more attention for how it portrays Adam McCormick, who befriends the spirit of Jamie Marks, a murdered boy, yet tries to maintain a connection with the living, his girlfriend Gracie. While a film adaptation was made a few years ago (I think it was a mistake for the producers to retitle the film to the unappealing Jamie Marks is Dead), the exquisite homoerotic elements of the book are lost amid all the angst on-screen. 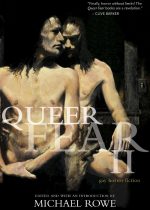 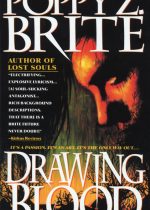 Billy Martin, formerly the author known as Poppy Z Brite, is one of the quintessential authors of queer horror (and some excellent gay thrillers set in New Orleans). I think Drawing Blood is the better start for queer readers new to Martin’s work than, say Lost Souls (vampires!) or Exquisite Corpse (serial killers and cannibals!). A young artist has been haunted with the knowledge that his father murdered the rest of the family many years ago. And I truly mean haunted, as the house where the horrible crimes happened still stands and contains a malevolent influence. The book was published twenty-five years ago, so the bits involving the love interest, a hacker, have not aged as well as the rest. 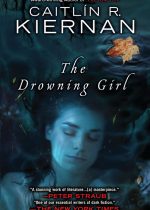 Kiernan is one of the more-lauded authors working in the field of dark and fantastical fiction, and this novel may be her finest. India Morgan Phelps finds herself tempted by a mysterious hitchhiker, who resembles a woman in a 19th century painting. Phelps is an unreliable narrator, who questions her sanity as well as her memories and dreams. This novel was the finalist for several major awards in the spec fic field, and, with its thoughtful portrayal of gender (and transwomen), won the James Tiptree Jr. Memorial Award. 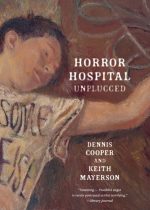 It would be remiss to compile a list of Halloween queer reads and not include mention of Dennis Cooper, who, I am sure, would not consider himself a genre writer of horror stories; but there is little doubt he has penned some of the more disquieting tales featuring gay characters. Cooper’s stories are the nightmares of every twink, a series of trigger warnings that are as compelling as they are disturbing. No one denies the literary merits of graphic novels these days, so my inclusion of this title is less transgressive than when the book came out in 1997 (first published by Juno Books, it has been reissued by HarperCollins). Horror Hospital Unplugged offers readers love, sex, and rock and roll, the frisson every artists must face when choosing art or fame, and even an appearance of River Phoenix’s ghost, an incubus of the highest order to anyone who has ever watched Gus Van Sant’s My Own Private Idaho. Mayerson’s surrealistic black and white drawings perfectly complement Cooper’s words.

2. A Human Stain by Kelly Robson 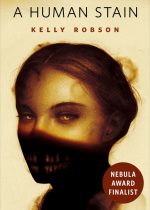 One of the most chilling novelettes I have ever read, the Nebula Award-winning A Human Stain is the story of Helen, a rakish Englishwoman whose fortunes have turned and who now finds herself forced to abandon Paris to work as a private tutor to a friend’s nephew in a remote Bavarian schloss. Of course, she has an appreciation for other women and soon lusts after the boy’s nursemaid. Robson’s style is a blend of Henry James with a bit of H.P. Lovecraft. The last line of the story haunts me still.

1. Let Me In by John Ajvide Lindquvist, translated By Ebba Segerberg 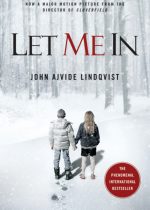 If you are only familiar with Lindquvist because of one or both of the cinematic adaptions of Lindquvist’s Låt den rätte komma in, you have been denied the harrowing frisson of reading an impressive horror story. A bullied young boy befriends the strange kid next door, Eli, who happens to be a forlorn vampire (accompanied by a human toady so vile he makes Renfield look positively wholesome by comparison). In the 2008 Swedish film, the reveal about Eli’s gender is so subtle that it is easily missed—and the American version offensively and shamelessly guts the story’s queerest elements. Be warned: the novel does not shy away from cruelties and aberrant acts.

Jewelle Gomez on Creating Our Own Myths
Phyllis Nagy: On Writing the Script for 'Carol' and Creating a Different Kind of Love Story
In Conversation: Mark Wunderlich & Alex Dimitrov

Steve Berman has been writing dark fiction for many years; he has sold over a hundred articles, essays, and short stories. His young adult novel, Vintage: A Ghost Story, was a finalist for the Andre Norton Award. Berman also won a Lambda Literary Award for editing the anthology His Seed. He resides in Western Massachusetts.