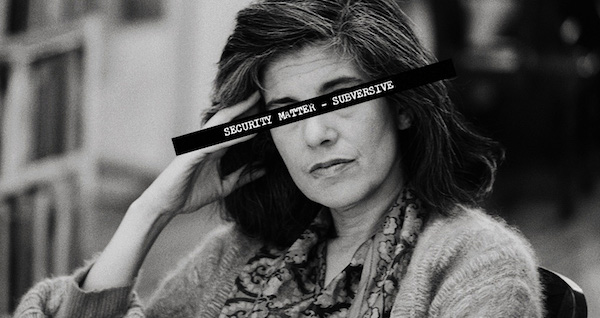 “Classification: Subversive.” Literary Hub has excerpts of Susan Sontag’s FBI file, including intelligence about her “visit [to] Hanoi at the invitation of the North Vietnamese government–a violation of her passport’s restriction on visiting communist countries.” The visit, of course, would form the basis of her book, Trip to Hanoi. The excerpt comes from Writers Under Surveillance: The FBI Files, edited by  JPat Brown, B.C.D. Lipton, and Michael Morisy, published this month by MIT Press. The book also includes information about the files of James Baldwin and Allen Ginsburg, among others. 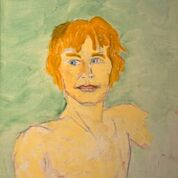 [Williams] also made hundreds of paintings that give us an intimate, unfiltered look at how he struggled with his sexuality and loneliness and reconciled himself to his place in the world. […] Like his plays, these works map social taboos that still haunt America.

Check out the article for more, and for photos of nine of Williams’s paintings, which are on display at Florida International University in Miami through October 7.

BuzzFeed News has an excerpt of Imani Perry’s new book, Looking for Lorraine: The Radiant and Radical Life of Lorraine Hansberry, which was released this month by Beacon Press. The excerpt focuses on her relationship with James Baldwin: a “deep, years-long intellectual partnership [that] went beyond their shared identity as queer black writers.”

So, are Bert and Ernie a couple? Well, it depends on who you ask. In an interview with Queerty’s David Reddish, former Sesame Street writer Mark Saltzman said that “without a huge agenda, when I was writing [them], they were.” But, as Rose Dommu reported for Out, shortly after the Saltzman interview, Sesame Workshop insisted they’re just “best friends.” 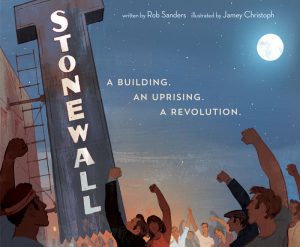 Rob Sanders has written a picture book about Stonewall for kids, from the perspective of the Stonewall Inn itself. As Curtis M. Wong reports in HuffPost, Stonewall: A Building. An Uprising. A Revolution features full-color illustrations by Jamey Christoph, and will be published in April by Random House Books for Young Readers.

As to the book’s message for its readers, [Sanders said,] “I want readers — children, teenagers and others — to take away the understanding that each of us has to stand up for ourselves and our rights, and that our efforts are stronger when we combine our energy and passion.”

A Little Life has been adapted for the stage in Amsterdam. The New York Times’s Nina Siegal reports that the play, which is directed by Ivo van Hove, premiered on September 23.

Speaking of stage adaptations, there is one of All About Eve in the works, and PJ Harvey is scoring it. According to Daniel Kreps at Rolling Stone, the adaptation will star Gillian Anderson and Lily James, and will open in February at the Noel Coward Theater in London.

Lisa Allardice spoke with Sarah Waters for The Guardian on the occasion of the release of the film adaptation of her novel, The Little Stranger. They talked about the film, how some of her readers balked at the lack of lesbian content in the novel, and her new project, among other things.

In need of a new read? Head over to Vulture for their list of “the 100 most important books of the 2000s … so far,” including such LGBTQ writers as Alan Hollinghurst, Sarah Schulman, and more. Or check out Dianca Potts’s list of 12 books celebrating contemporary queer writers of color over at Signature. Or Beth O’Brien’s list at BookRiot of “four books about bisexuality that made [her] feel seen.”

'Good Night, Beloved Comrade: The Letters of Denton Welch to Eric Oliver' edited by Daniel J. Murtau...
Will We Survive the 1980s? A Snapshot of a Gay Cultural Milieu
'Frankissstein' by Jeanette Winterson