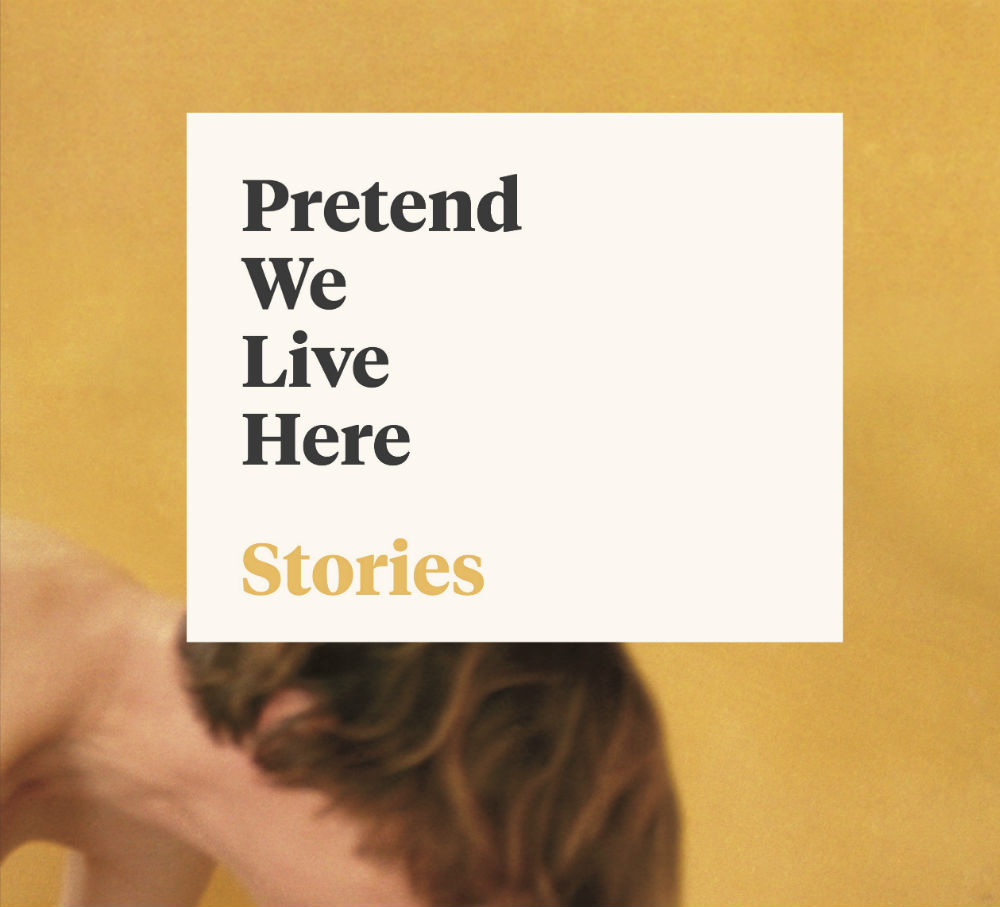 Genevieve Hudson’s debut short story collection, Pretend We Live Here, is the kind of book that makes you see yourself and the world a bit more clearly.
I’ve been following Hudson’s writing since first I came upon one of these stories–“Too Much Is Never Enough”–in Joyland, and subsequently read her essay in Catapult about queer body image, “Hunger Inside My Queer Body”. In Pretend We Live Here, she further explores the theme of the body and the search for ways to be at home in the lives we’ve been flung into. In “Bad Dangerous,” a genderqueer lesbian reflects on how pregnancy might change her relationship with her body; the protagonist in “Adorno” tries a fruitarian diet in an attempt to impress a group of radical vegans, who are themselves using biomaterial–human teeth, menstrual blood–in their animal rights protests.

Identity and belonging are shown to be slippery, elusive things–prone to shift beneath our feet. But there’s something truly joyful in the casual diversity of the book’s universe, the way it unfolds a world of boundless possibility–from the riot grrrl child of two fathers in “Boy Box” contemplating her gender identity, to a passing stranger being complimented on her mustache looking good with her afro. One love interest is referred to only as “the possum,” while another named Ted turns out to be a married straight woman. Through these deft touches, we are constantly wrong-footed and made to contemplate a richer, more nuanced version of the world.

Hudson’s writing is taut yet evocative, with an utterly convincing sense of place–whether it be Amsterdam, Alabama or the futuristic settings of those stories that don’t take place in the here and now. It is generous, but pulls no punches in exposing people’s dishonesty and self-delusion, crackling with a wry humor throughout.

It’s not just the diverse cast of characters that makes this collection feel timely and makes its readers feel seen–it’s also the way current concerns are interwoven into the stories. In the powerful opening story, “God Hospital,” a young girl from the Deep South faces the frightening prospect of having an infected tooth pulled by a faith healer. Sparse and unsentimental, the story is also a scathing indictment of the healthcare system.

Some of the most resonant social criticism is found in the stories that incorporate science-fiction elements. In “Transplant,” the grieving ‘vulture-culture’ protagonist biohacks her own body by having her dead lover’s eyes inserted into the back of her skull. “Another blob lumbers behind me, in and out of my vision. My implanted eyes say look. […] I can’t tell what it is […] child or mass shooter.” Here, the strangest element of the story ends up being the most humanizing one, drawing attention to an anxiety that accompanies all of us.

Pretend We Live Here is a confident collection, its fifteen stories encompassing an impressive breadth of voices and themes. Some fun recurring motifs emerge, such as the fact that several characters have an extensive knowledge of crystals. The book’s worldview seems best summed up by that old OKCupid dating profile line: “spiritual, but laughing about it.” When the two characters dancing around each other in “Possum,” “decide […] that meditating would be an important part of our spiritual journeys,” you can’t help but chuckle at how earnest they are, yet how out of touch with their true feelings.

At the same time, their fumbling towards meaning is exactly what makes the characters so endearing. In “Transplant,” the central character recounts to a date how, driving with her boyfriend, “a white wolf ran into the middle of the road. A sign. Straight from nowhere.” “A sign of what?” her date asks. “I haven’t really thought that far into it,” she replies. “All I know is it was a sign.” That moment seems to exemplify the book’s skillful balance: leaving room for doubt, room for doom, room for epiphany. Pretend We Live Here is collection rare and precious as sighting a white wolf–a must read.

'There Will Be No Miracles Here' by Casey Gerald
A Poem by Terry Wolverton
The Perfume Thief: A Story of Queer Bravery in Occupied Paris