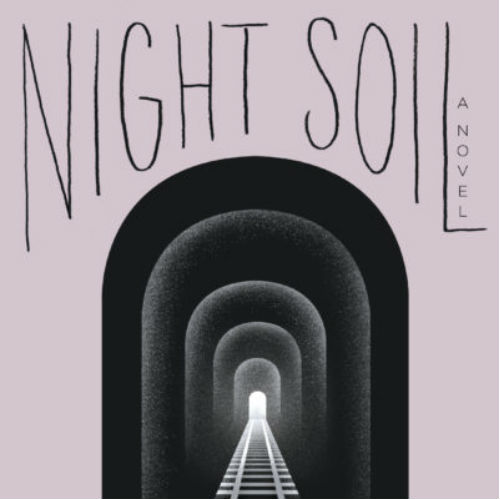 Judas, the teenaged narrator of Dale Peck’s latest novel, Night Soil, is the only child of legendary potter Dixie Stammers, famous for creating identical spherical pieces from clay without the use of a wheel or tools. Judas struggles with a birthmark that covers half his body, and as a young boy undergoes a long series of operations and procedures causing him much discomfort and pain.

Through his mother, Judas is heir to a fortune which includes a renowned boarding school for underprivileged black youth founded by his great grandfather five times removed, Marcus Stammers. Stammers, an Eighteenth century coal baron, founded the school out of guilt for his family’s history of racism and an explosion in his mines that killed three hundred black workers. The school dominates their small town, and Judas is its only white student.

The story follows Judas (left to his own devices by Dixie, a periodically controlling but largely self-absorbed mother) as he delves into the legacy of his grandfather and explores his nascent sexuality. The history he discovers is one fraught with racism and the exploitation of nature by Stammers, who controlled the surrounding countryside as well as the black men who were first his slaves, then his employees, and finally the beneficiaries of his charity. Through Stammers’s history, Peck also invokes the broader story of our country’s troubled achievements and failures.

Judas’s exploration of his sexuality is no less complicated, and rife with compulsion. Early in his adolescence he masturbates prolifically in isolation, but then discovers a nearby, derelict rest stop where gay men meet for anonymous encounters in a bathroom so filthy, it repels any practical use of its facilities. Some men suggest repeated encounters, but Judas rebuffs them. His disfigurement, as well as his temperament, isolates him. He longs for a connection, sexual or otherwise, with a fellow student at the academy, but is too insecure to pursue one and must wait until someone pursues him. This insecurity runs deep: Judas is a young man haunted by his family’s past, his grandfather’s sins, and the disappearances of both his father and his uncle. All of this abandonment, not to mention Dixie’s erratic parenting, keep him isolated from any meaningful human connection.

Night Soil is a remarkably layered and nuanced novel that explores many themes simultaneously—the relationship between a single mother and her son, the repercussions of slavery and racism in America, the abuse of our natural environment, the search for a paternal role model—all through the life of a singularly unique gay character. These seemingly disparate themes solidify into a striking portrait of America’s uneasy history. Creating such a multifaceted narrative is a difficult task to pull off convincingly, but Peck has done it with nuance and authenticity.

Novelist and Poet Michael Rumaker, 87, has Died
The Man Who Saw Everything by Deborah Levy
H. Melt and Victor Yates Named Winners of Lambda Literary's Judith A. Markowitz Award for Emerging L...