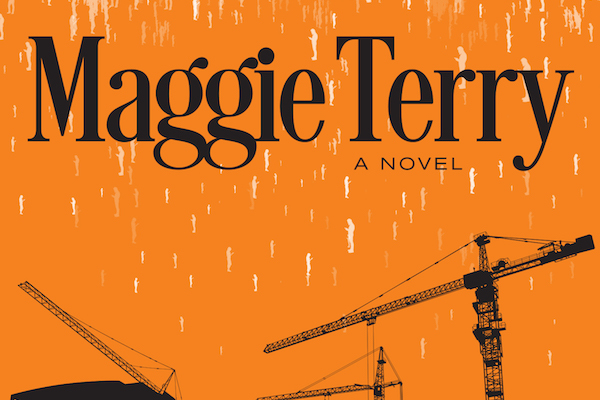 After 34 years writing everything from fiction, to nonfiction, to plays, Sarah Schulman is revisiting her debut genre: crime fiction. Both Maggie Terry and her 1984 pulp novel The Sophie Horowitz Story are set in New York City and feature lesbian sleuths, but a lot has changed politically and socially. While The Sophie Horowitz Story was set during the conservative Reagan era amid the escalation of the AIDS crisis, Maggie Terry is concerned with hyper-contemporary issues such as the Trump presidency and movements such as Black Lives Matter. This melding of classic form with contemporary concerns indicates not only a revitalization but a reconstruction of the lesbian crime genre.

The lesbian crime fiction genre boomed in the ‘80s, with Barbara Wilson’s Murder in the Collective, Katherine V. Forrest’s Amateur City and, of course, Schulman’s work. In these novels the lesbian, a disempowered outsider, inhabits the role of the policeman, a figure who upholds the societal moral code. It makes sense why this genre was so popular: the setup is rife for tension and drama. However, these themes carry a different weight in contemporary culture, a phenomenon Schulman is very much aware of. Terry, a white, upper class, cisgender woman, does not face stigmatization throughout the book. Terry’s struggles are not based on homophobia perpetrated against her, but are the result of alcohol and narcotic addiction and abuse. Before suffering from addiction, Terry had a wife and child. Similarly, the role of the police character has changed, as the real-life NYPD has been publicly criticized for untold instances of police brutality in the last few years alone. Thus the initial premise of the genre collapses, and in its place Schulman constructs a different kind of story, one in which victimhood is reversed and the protagonist must become accountable for her actions and privilege.

Schulman tackles the topic of NYPD police brutality head-on. Terry, a former police officer turned private investigator, expresses guilt throughout the book about her abuse of power on the job. When her police partner Julio’s son Eddie shot an unarmed black man and was suspended, Julio and Terry planned to go to the house of the one witness to see if they can intimidate him into changing his story. To make matters worse, Terry was drinking and on drugs when they made the plan. Terry is not the outsider, but the person who has “squandered all her opportunities and talents”; she is someone who does not have to work to prove her worth in light of a socially frowned upon sexuality, but someone who must work to prove her worth in light of her own actions of drinking at work, of child neglect. In this way Schulman is retiring a narrative that carried a genre, a genre she herself helped define.

Schulman goes to great lengths to emphasize that Terry is antithetical to “the outsider,” the classic gay character who must either hide for risk of bigotry or “come out” and admit difference. In fact, if there were a Venn diagram for privilege, Terry would be at the center. She represents the force of oppressive power. She is a WASP from the “rotting privileged class.” She is infused with “privilege, arrogance, and superiority.” To top it all off Terry is notably blonde, attractive, white, and normative looking. Schulman lays it on pretty thick, and doesn’t hold back her contempt for the ignorance and entitlement stereotypically associated with the upper class.

Terry is not fighting against social ostracization or a system that rejects her, she is fighting against herself and her addiction. A throughline is Terry going to AA, Terry battling cravings and urges to relapse, Terry’s stifling loneliness and guilt, her missing her daughter. In addition to acting as a biting social commentary, Maggie Terry is a narrative of self versus self, of isolation, of trying to get back on track no matter what it takes, even if it means drinking lukewarm mint tea and choking down mealy apples.

Many of these themes echo Schulman’s recent non-fiction work, notably The Gentrification of the Mind and Conflict is Not Abuse. When Terry goes to Brooklyn to stalk her ex-wife and child, Schulman notes that Terry’s whiteness poses a threat, “of eviction, raised rents, irrelevant businesses, and disappearance. She carried the plague.” Unlike the hero cops of classic crime fiction, Terry is not coming in to remedy a flawed system. Her race, social class, and profession represent the flawed system, and she must work to separate herself from her role as cop in order to actually help the people around her. Terry is certainly not the picture of the good guy. But she is trying to be. Schulman is empathetic towards her protagonist and her struggles with isolation and detachment from her daughter, but she also pulls no punches with regards to her status. Similarly, Schulman fluctuates between criticizing the capitalism and consumerism that drives New York City, calling it an “elaborate city…surrounded by emptiness,” while reveling in vestiges of “old New York”: the bodegas, the people meeting and holding forth on the street.

Traversing the personal to the sociopolitical, Shulman’s latest offers a strikingly rich portrait of lesbian identity, as well as a smart treatise on how an once righteous “outsider” can end up at odds with the vital ideals of justice and equity for those who need it most.