‘The Lurid Sea’ by Tom Cardamone

‘The Lurid Sea’ by Tom Cardamone 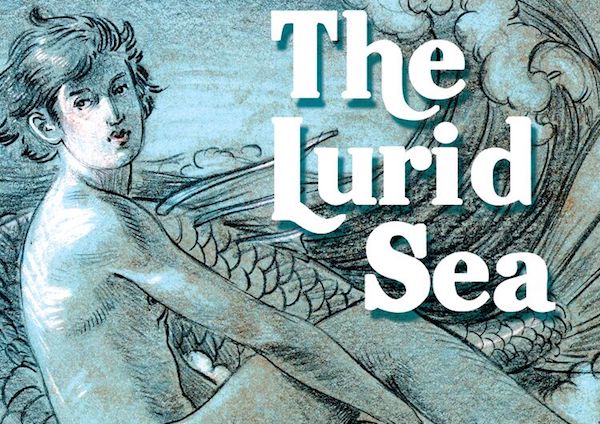 Nerites is not your typical Roman youth. First of all, he is a demigod (begotten by Neptune upon a mortal Roman matron); secondly, he really enjoys oral sex (despite being a freeborn Roman citizen). Eager to satisfy his appetite for fellatio, he frequents the Baths of Caracalla, and there it is that he meets his own father, who, upon discovering his son acting in such an unmanly fashion (upon Neptune himself, no less—awkward!), curses Nerites to spend eternity upon his knees, forever servicing men in order to survive. Thus begins Nerites’ haphazard journey back and forth through time, appearing and reappearing in these havens for men like him, from the Continental Baths of disco-era Manhattan, to bathhouses in feudal (and also present-day) Japan, and the baths of the Roman Empire.

Nerites’ complicated relationship with Obsidio weaves throughout the novel, his joyous, life-affirming sexuality contrasting to Obsidio’s brutal carnality and deadly kiss. Only Nerites can withstand the lethal power of Obsidio’s semen (Nerites’ own semen can drive mortals mad—he doesn’t know how it would affect another immortal), so he services Obsidio in part to spare the mortals who would die if they attempted to do so, while recognizing that he truly does so for the sheer pleasure of it, rather than any sense of duty to mere mortals. And apparently it is only the presence of Obsidio that can halt Nerites’ saturnalia, and potentially lift the “curse” he lives under—much as the specter of AIDS halted the bacchanalia that was the 1970s, and closed many bathhouses.

Cardamone’s novel is a pleasurable romp through space and time, and Nerites makes an entertaining guide. Still, hidden among the unending conflict between eros and thantos, Cardamone leaves small pearls of wisdom: keen philosophical insights into history, as well as the nature of lust, love, and desire, not unlike the pearls that Nerites laps up endlessly.

The Death of Vivek Oji is a Mosaic of Love, Pain, Community, and Beauty
The Club of Angels: Luis Fernando Verissimo, translated by Margaret Jull Costa
‘The Paying Guests’ by Sarah Waters