‘bury it’ by Sam Sax

‘bury it’ by Sam Sax 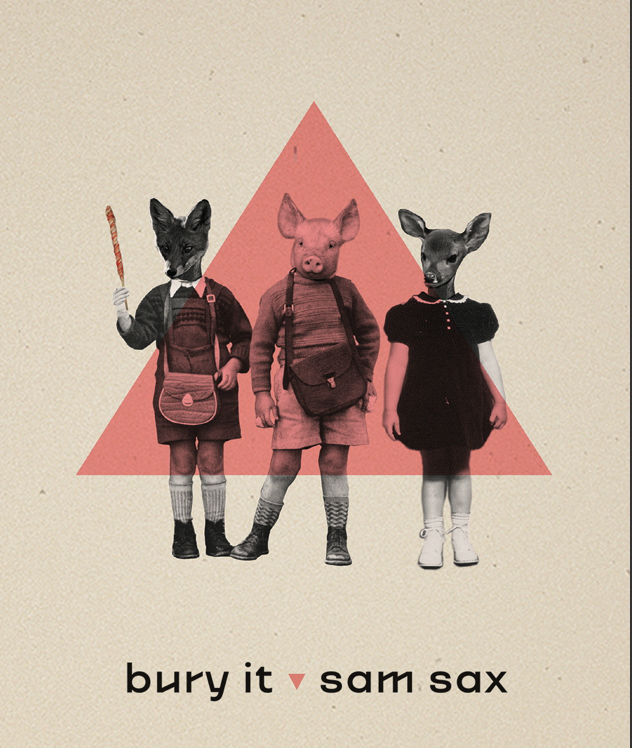 Sam Sax, author of Madness, winner of The National Poetry Series, continues to prove that he is one of the most important voices in contemporary American poetry with his second full-length collection, bury it, which won the James Laughlin Award from the Academy of American Poets. Drawing on his queer and Jewish identities, Sax offers a hard look at navigating society as a gay man. The collection functions as an act of mourning, a eulogy not just to the body but also to what it might have been.

Sax opens the collection with “Bildungsroman,” which refers to a novel centered on the maturation of a character from youth to adulthood. In the poem, the speaker laments, “i never wanted to grow up to be anything horrible as a man […] i prayed for a different kind of puberty […]” Sax continues to challenge gender constructs in the following two poems. First, in “Ultrasound,” he writes:

it’s not that we’re all born
genderless, though we are.
rather, once were all small
women inside our mothers.

[…] seeing mother
cry i found myself
into manlier fabrics…

Next, in “New God of an Antique War,” the speaker proclaims, “o to be so fluid you can hold/another’s shape/& stay the same thing.” These three poems, which open the first section of the book, exemplify Sax’s use of art as social commentary. More than that, these poems offer an alternative to traditional perspectives on gender, suggesting that identity itself is not always a fixed point on the spectrum.

The first section closes with a series of poems that introduce one of the most prevalent themes: mourning. Sax addresses mourning from various angles, exploring everything from emotional breakdown to death rituals. This sets the stage for the second section, which opens with “Missing Persons,” where the speaker argues that,

it’s silly
missing anyone
who lives

or maybe
the opposite

you can only
miss the living […]

These lines echo the end of “Essay on Crying in Public,” in which the speaker explains, “maybe i can’t see you now without also seeing you dead.” While most associate mourning with the months after death, Sax goes further by considering the months between learning that a lover has terminal illness and death itself.

The poem “Impermanence,” which appears in a later section, distinguishes between the acceptance of death on a literal level and the mind’s desire to keep a lover alive:

[…] of course, my rational brain knows he is dead & will always be dead, but still there is the question, language being a technology like everything else. i have to wonder what happens if instead i read his story backwards, if it begins with a flag at half mast making the noise a flag makes without wind & then continues with his casket rising out of the ground. if it ends how all stories end — an infant climbing into its mother, animals throwing themselves back in the ocean

Here, as in “Politics of Elegy,” Sax leans on etymology and linguistic nuance to process grief. The speaker rejects the notion of death as permanent in the same way that, earlier in the collection, fixed gender is rejected. This parallel acknowledges how nuanced death is and what it means to bury not just the body but all the versions of oneself that are suppressed.

Throughout the collection, Sax displays the remarkable command of language which has earned him fellowships from the National Endowment for the Arts, Lambda Literary, and the MacDowell Colony, as well as the Gulf Coast Prize, The Iowa Review Award, and the American Literary Award. In “Poem About Water,” for instance, Sax exhibits a keen ability for meta-analysis:

i could go on for days with facts about the ocean and it will always sound like i’m talking about love. i could say: no man has ever seen its deepest trenches, we know less about its floor than the stars, if you. go deep enough all your softest organs will be forced out of your mouth, you can be swallowed alive and no one will hear a sound.

Turning the lens inward, the speaker explores the implications inherent in comparing water to emotion, exploring not just the potential depth of a feeling but also the physical ramifications of these metaphors. Sax uses water as a symbol frequently in the collection, making this poem all the more poignant and contextualizing the seemingly dichotomous ways in which water manifests itself throughout the book. As the speaker notes, the images are not actually at odds because water, like love, is an expansive and multifaceted thing.

Readers familiar with Sax’s work will recognize several of the poems in bury it from previous collections. Rather than appearing redundant, these poems become fuller and more complete within the context of the book as a whole. There is a sense that many of the stories included in this collection have tried, sometimes for years, to find their place in a larger conversation. Sax shows his growth as a writer and an activist, perfectly blending several well-known poems into a manuscript that feels fresh and immediate. The result is an eloquent and cathartic conversation about some of the most pervasive social issues affecting readers today.

Ronnie K. Stephens is a full-time educator and father of five, with a strong interest in poetry, fiction, and activism. While pursuing his MFA in Fiction at Wilkes University, he was awarded two scholarships and won the Etruscan Press Prize. His second full-length poetry collection, 'They Rewrote Themselves Legendary, was awarded 2018 Best in Show at the New England Book Show for outstanding book design. His first novel, The 'Kaleidoscope Sisters', will be released this August.