‘As Burning Leaves’ by Gabriel Jesiolowski

‘As Burning Leaves’ by Gabriel Jesiolowski 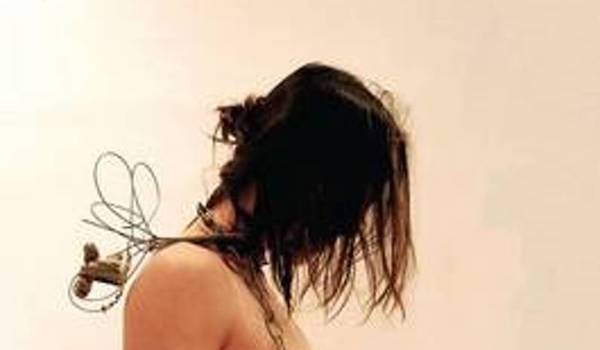 Every day a poem appears in my inbox. Often, just before I read the poem or immediately after, I think of Williams: “It is difficult/ to get the news from poems/ yet men die miserably every day/ for lack/ of what is found there.” I think how, these days, poems are the only news I wish to read—how most days, they are the only news I can.

On June 22, 2018, the poem of the day at the Academy of American Poets was “entry for not an island” by Gabriel Jesiolowski. Right away, the title syntax intrigued me, that unlikely pairing of “for” and “not,” linguistic tug-of-war between affirmation and refutation. Then, I’m reading the poem, and I come upon these lines, which I pause to write down, though I won’t soon forget them: “where in grief, even our own stories feel vacant—where you hear yourself telling the story & at the same time you think that’s not it, that’s really not it.” Now I hear the all for naught of grief conjured by the title, and John Donne also, his “No man is an island, entire of itself.” But grief makes us feel exactly that way—isolated, island-like, apart from the main rather than a part of it. Every word matters, down to its spacing and its syllabic count, yet communication is still impossibly fraught, even when undertaken with precision. (There’s that for and not again, blended, blurred—fraught.) The fact is, this instance of Jesiolowski naming the “not it,” the “really not it,” is the closest I have come to “it” in a long time, as a reader or a writer. Somehow the poet articulates the vacancy within the story of grief. I seek out their debut collection. I write this review.

In the porous and protean As Burning Leaves, I discover a whole series of entry-poems: “entry for the median strip,” “entry for a wren,” “entry for illusory space,” “entry for fasting,” “entry for ordinary sadness,” and “entry for the brutality of the letter on the washbasin.” I’m captivated by the concept in general—the way an entry can be constituted by a “moment,” a “point,” a “force.” There is the action of entering—sexual (a body), intellectual (a realm of consciousness), social (a sphere or scene)—which the word “entry” denotes and which these poems explore. Yet an entry is also a record made upon entering—the action and its accounting-for.

Consider “entry for illusory space,” thoughtfully placed near the fulcrum of the collection. While this poem stands alone, entire of itself, it also stretches back toward the poems that precede it, leans forward toward the poems that follow. In other words, it builds a bridge across the book. When I read this entry, I suddenly realize that every poem assembled here bears a wholly distinctive shape. (Flip back, flip forward—it’s true!) Not just lineated and prose poems. Not just left-aligned and free-form. In this palimpsestual landscape Jesiolowski has mapped, caesuras become caverns. Margins become waterfalls, cascading. Spaces widen and winnow. They spill out and over page-centers and peripheries alike. These singular poem-shapes call our attention to space—to the absence of clear boundaries, sharp edges. I turn back to an earlier poem in the book: “the outcast sky” (I see now—what hovers above us but also apart; each cloud an island unto itself); “a temporary landmark//my body” (I understand now—when someone goes back to find it, the same body will not be there; the touchstone cannot be touched twice). I turn back again, to an even earlier poem: “the female oak tree/ slit into with verse” (I remember now—carving our names into trees as children, as if those inscriptions could make us immortal; as if the bodies that carried our names would never change or disappear; as if the tree suffered nothing for the sake of our commemorations; as if the tree itself would never change or disappear).

And so, by accretion—amassing meaning, amassing space—the reader arrives near the middle at this “entry for illusory space”:

I try not to open my eyes through Ohio—I wear my mother’s scar with the tooth-like stitching—the ice formed around the branches guides us deep into loneliness—fruits all dark—I’ve started the injections—I wait for my upper lip to quiver less, to roll my shoulders back and feel their peaks touch—I try to act as if there was no where to go, no one to be—I have injured all my saints—the terracotta mouth, imaginary space charged with the dogged curve of memory—when a dark wave is coming—I can feel my breath in the hallways beneath the earth—she says never to injure the collarbone—as it holds you up:

The poem is dense to begin, prose-style, and like the speaker’s scarf, it is stitched, em dash after em dash, small panes of vivid detail. The motion of the poem is familiar from road trips. What can be seen of the landscape is limited to the space of a single window, the viewing lens from a car, bus, or train. We take in the world that way, frame by frame, as we travel. We might even make a smudge or catch a glimpse of ourselves in the glass. All windows are mirrors after all, in the right light.

Then, the poem collides with the colon—an obstacle in the road, brakes slammed, full stop. Then, there is a huge space on the page—denoting what? A skid, a crash, a snowy ditch, the silence of held breath, all of the above? Maybe this poem documents an accident, makes an entry for the accident report—illusory space, thought I had more room, didn’t see it coming. Maybe the accident is metaphorical. Does it matter? The reader feels the impact either way. We careen through space, empty, vacant, and then we land, in the only italics of the poem: “the antler of the body.”

What do we know about antlers? That they are hard bone; that they protrude from the skulls of adult—usually male—deer; that they are used to lure mates and fight rivals; that they are cast off and regrown every year. The last part seems most important. The adult, antlered deer is always becoming and unbecoming themself. The deer’s antler is another temporary landmark, a compass pointing toward perpetual change.

Now for twenty questions from/for a future reader of this book:

'The New Gay For Pay' by Julia Himberg
'Real Queer America: LGBT Stories from Red States' by Samantha Allen
'The Tower of the Antilles' by Achy Obejas