‘Boy Erased’ the Podcast, Confirmation of a Sequel for ‘Call Me By Your Name,’ and Other LGBTQ News

‘Boy Erased’ the Podcast, Confirmation of a Sequel for ‘Call Me By Your Name,’ and Other LGBTQ News 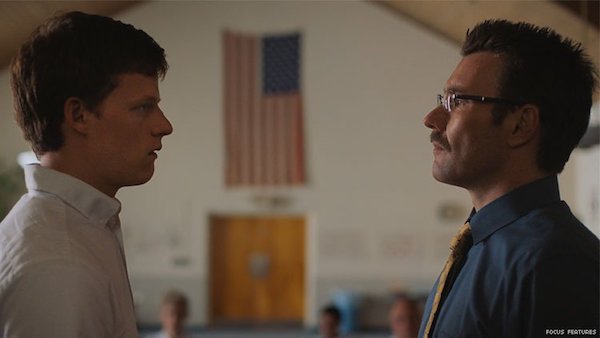 Daniel Reynolds at The Advocate reports that the filmmakers behind the adaptation of Garrard Conley’s memoir, Boy Erased, are teaming up with the creators of WNYC’s Radiolab on a 4-part podcast series on conversion therapy. The series, to be called UnErased, “will tell the history of the ‘pray away the gay’ movement in the United States and abroad through interviews with its creators, critics, and survivors,” and will be released on November 2 alongside the film.

Taylor Henderson at Pride reports that Armie Hammer has confirmed a Call Me By Your Name sequel is in the works. According to Henderson, author Andre Aciman “has previously expressed that a sequel would take place a few years after the original in the early 1990s in the midst of the AIDS crisis.”

In other podcast news, Michael Nava is adapting his Lammy award-winning Henry Rios mysteries into a podcast, with actors performing the novels “in classic radio drama form.” The first book in the series, Lay Your Sleeping Head, will comprise Season One. The release is planned for January, and the trailer is out now. 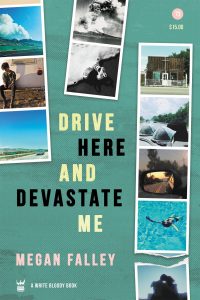 Over at Autostraddle, Vanessa spoke with Megan Falley about her new poetry collection, Drive Here and Devastate Me, which she describes as “a love letter to the queer community”:

Another LGBTQ book adaptation is on its way to theaters: Jane van Koeverden at CBC reports that a film version of Shyam Selvadurai’s novel, Funny Boy, is in development. Selvadurai is writing the screenplay and Deepa Mehta will direct, with production to begin in February.

Speaking of films, do you have a library card? (You should!) If you do, you may already have access to the free streaming site Kanopy. Al(aina) at Autostraddle has put together a list of 13 of Kanopy’s best queer film selections to get you started, including the documentaries Kate Bornstein is a Queer and Pleasant Danger, based on Bornstein’s memoir of the same name, and the Tribeca Film Festival award-winning Regarding Susan Sontag.

Make sure you take the time to read the fascinating oral history of the Counter Narrative Project. The project’s mission is to”build power among black gay men and stand in solidarity with other movements committed to social justice.”

The Lambda Literary Writers Retreat for Emerging LGBTQ Voices was held August 5-12 in Los Angeles. Playwriting Fellow Abraham Johnson reflected on his time there and how to support queer playwrights at HowlRound. 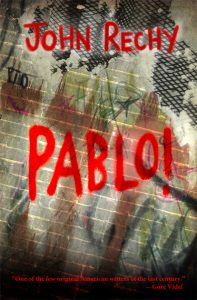 Over at LARB, Eric Newman spoke with John Rechy about his long-lost first novel, Pablo!, written when he was 18 years old–before City of Night–which is now in print from Arte Publico Press.

Looking for something new to read? How about a date with history? Brianne Alphonso at Electric Lit has compiled a reading list of queer romances in historical fiction, and Bee Oder has a list up over at BookRiot of LGBT retellings of classics. And on the subject of classics, if you’ve never read Virginia Woolf’s amazing Orlando, take a look at Jeanette Winterson’s piece at The Guardian about how the novel “became a trans triumph.” Or for some new poetry, check out Christina Orlando’s list of 15 Latinx poets breaking down borders at BookRiot.

Sadly, we lost two members of our literary community last month. Matt Jones, writer, operations manager and social media editor for WUSSY, died on August 29, after a three-year battle with Burkitt‘s Lymphoma. Amanda Kyle Williams, author of the Keye Street trilogy of lesbian crime novels, died on August 31, from cancer. She was 61. May they both rest in peace.

A Look at 'The New Engagement': A Dynamic New Literary Journal
A Poem by Diana Hamilton
In Remembrance: Justin Chin