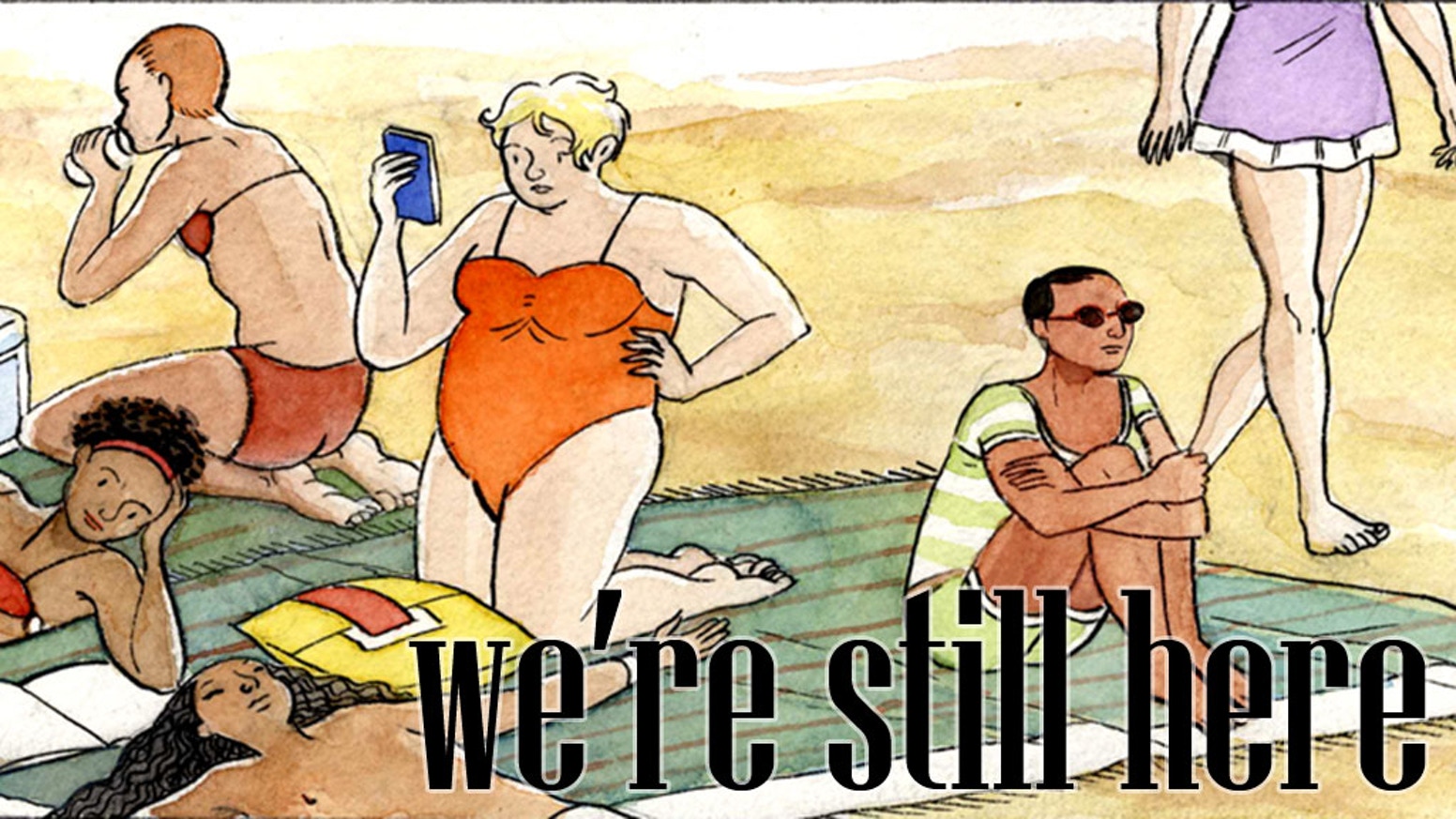 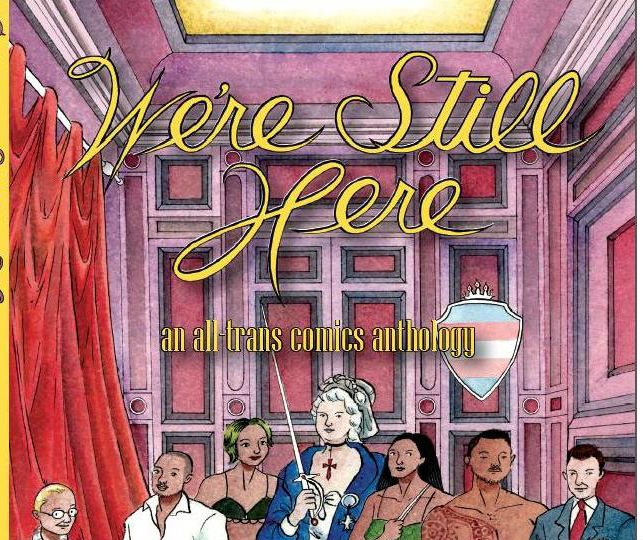 The title of this anthology says it all. As artist and writer Rachel Pollack (Doom Patrol) explains in her foreword to the book:

The title of this book fascinates me. We’re Still Here. It means, I suppose, that we’ve survived all the shit, the violence, the families, the doctors and lived not just to tell the tale, but to celebrate ourselves and each other, and to display the variety and wildness of trans people’s creative imaginations. But for me, at least, it also reminds us that we’ve always been here.

She goes on to point out, “At one point, people–society, doctors, bigots, even trans people themselves—believed we were some sort of modern invention.” But the truth, and one of the main affirmations of the book, is that trans people have always existed and that existence deserves to be celebrated.

Editors Tara Madison Avery and Jeanne Thornton note in their introduction that one of the goals of their unique compilation of 53 trans stories is “to make it impossible for anyone involved in the mainstream comics industry to claim that they can’t possibly hire trans creators to write trans characters because there just aren’t any trans creators.” They testify, “[this book] serves as a living reproach to that theory.”

With such a wealth of comics to choose from, readers will find lots of stories here that speak to them. Some creators use fantasy to illuminate the trans experience. Morgan Sea’s “Abominatrix” imagines a green goddess to channel all the Hulk-like feelings of anger and revenge brought on by bullying comments and poor medical support. Other cartoonists recount slice-of-life anecdotes, sharing a personal or realistic experience directly with readers. “For Real,” by Renny Triangle, captures with touching detail the exact moment when the protagonist realizes that, “All of this dressing up […] it’s for real.” Others, like Noah Grigni’s “Thots with Thoughts,” serve as readers’ guides, in this case, to sex, dating and being trans. They explain, “Sex can be stressful for us trans folx, because we aren’t included in the conventional definition of ‘sexy,’”

Some of the paranormal tales made me laugh out loud. Hal Schrieve’s “Ghosts I Have Known” riffs off a statement from a Christian spiritual website that homosexuals are possessed by ghosts of the opposite sex (“Joan Rivers possesses my art!” exclaims one character). In Kit Beukes “Deadname,” intrepid house purchasers bring in a spiritual exorcist, who discovers a ghost who can’t rest until her misgendered name is corrected on the corner stone plaque of the historic house. Margaret Trauth’s “Dracula Party” is an arty twist on an Interview with a Vampire, which warns, “When have we ever trusted a Dracula’s promise, darling?”

In many of these comics, it’s the art as well as the story that really hits home. Kyri Lorenz’s colorfully penciled “Chronic” portrays the frustration of having a body that doesn’t match one’s inner self. “My body is a shack with missing shingles and loose shutters, crumbling foundation.” The drawn letters crumble into cracked stonework, and teeter on broken window casings, the text’s message reverberating through the art.

Christianne Benedict’s “The Third Time’s the Charm” was a tale I especially appreciated, because it portrayed the pitfalls and intricacies of dating. In the story, a couple proceed cautiously with this exchange:

“You’re not a tranny chaser are you?”

As the conversation continues:

“So far so good. Janice tells me you’re a veterinarian.”

“I am. I mostly work with raptors.”

“Not that kind of raptor. I mostly work with owls and hawks.”

It takes them three dates, but this is a success story, the couple here doesn’t give up, doesn’t run away in fear. Their success is based on both individual’s willingness to discuss their needs and feelings. I included the part about raptors and dinosaurs because it made me laugh, but also because it’s an example of how this story is a realistic affirmation–there are cool people in the real world, who do cool things, who will, and who do love you.

That same thing might be said about this premier collection as a whole–it’s an affirmation for trans creators and readers, and for the world of comics, which desperately needs to include these voices.