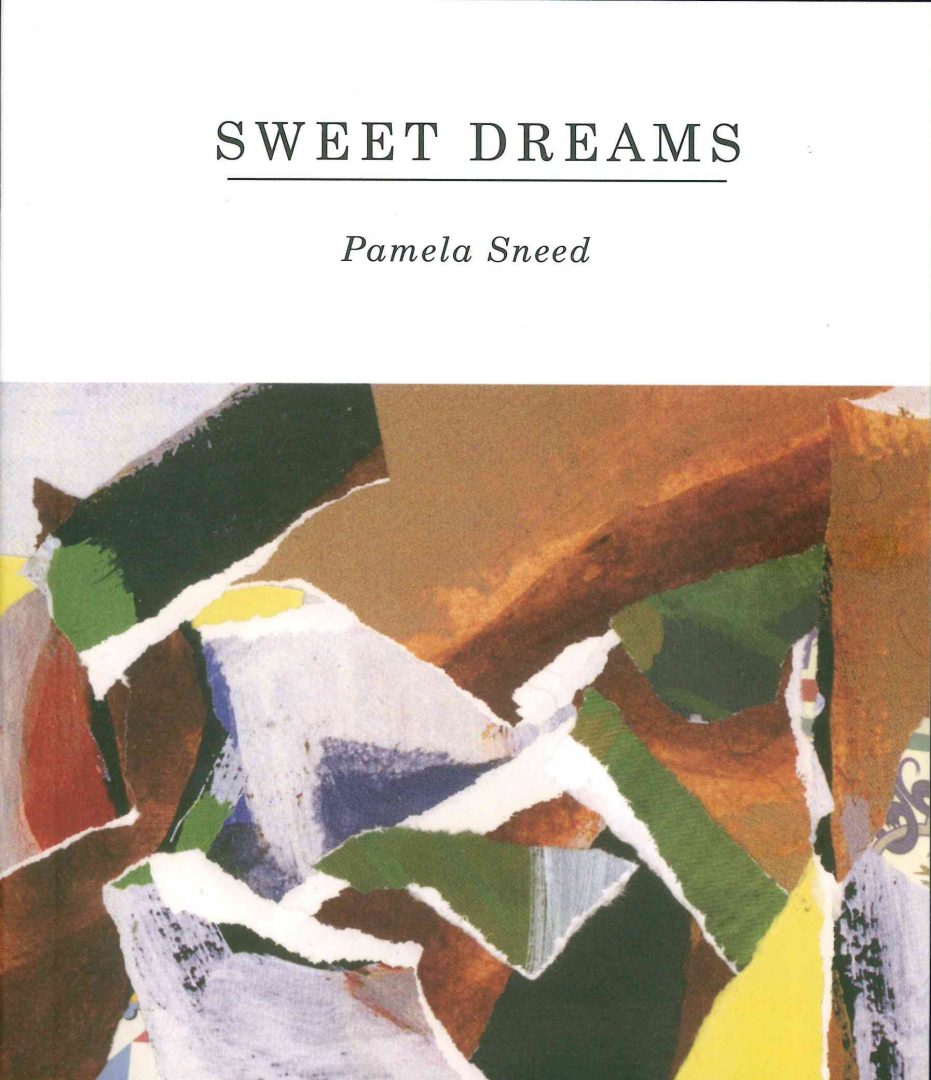 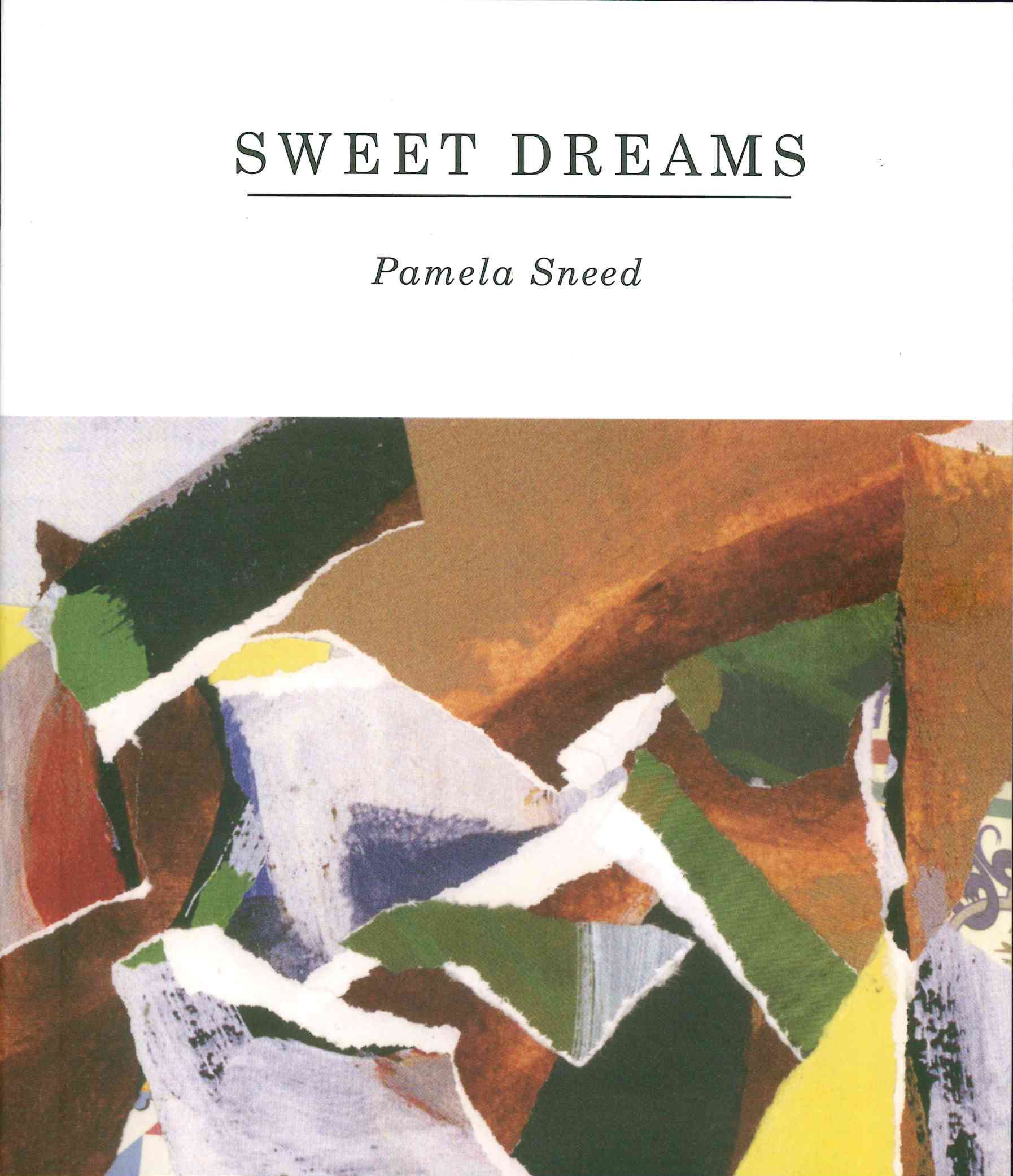 Within New York’s literary, art, and queer scenes, it is almost impossible to go a month without encountering artist and writer Pamela Sneed. Even if she is not hosting, reading or curating a certain night, her laugh, her comments from the audience, and her sartorial impact are a welcome and expected factor.

But exposure does not equal knowing. Sweet Dreams, Sneed’s recently released memoir from Belladonna, changes that. In the slim 48-page book, a reader has the chance to go from being able to pick Sneed out of a crowd to getting a sense of who she is and how, as a powerful, Black lesbian artist, writer, and mentor, she came to be.

While Sneed is an ardent follower of Audre Lorde, and her prose echoes the late writer’s evocative and clear style, there is also something very Joe Brainard about her. Not only for the shared use of accumulation towards connection and emotion, but also for their similar use of time-specific proper nouns.

It makes sense, as Sneed and Brainard are both visual artists and poets. This comes out in their work: the multivalence of image as a narrative generator that reveals a way of seeing. As Brainard illuminates a suburban American upbringing through home-related brand names and memories, highlighting the repression of uniformity and postwar aesthetics, Sneed excavates media-saturated cultural landscapes and their influence via movie plots and actor names. Within the detritus of western culture, Sneed and Brainard craft a method for making and finding meaning.

For example, in referencing the 2006 film Blood Diamonds, starring Djimon Hounsou and Leonardo DiCaprio, Sneed transports readers to the hazy days of the post 9/11, pre-Obama USA, while exposing us to her ways of being in the world. The movie is not so well known that too much cultural significance will be dragged forward from it, but just enough that Sneed can build up on the shared text of celebrity and Hollywood. She is writer often doing double duty, processing content and recognition, while playing with what is known, assumed, and missed.

Diamonds is not only a political thriller in which Hounsou and DiCaprio battle for resources against the backdrop of imperialism, a fight for who gets to claim and benefit from nature. For Sneed, it is also a study of redemption and the possibility for people to truly see each other. Writing about the end of the film, as DiCaprio’s corruptible, gunrunner character lays dying and Hounsou offers help, Sneed’s eyes a possibility of connection. “Perhaps,” Sneed writes, DiCaprio will see “Hounsou now as a brother.”

Her read of the film is a key to reading Sweet Dreams. Looming over her book is the violation of theft. Sneed is processing her feelings around being robbed her entire life, a litany of what has been denied and stolen from her: a childhood, assumed innocence, mentorship, and a lifetime of chances she sees other people, less black, less female, less fearless, less same-gender loving, being offered, time and time again.

Sneed is not whining (although she could) or even drawing attention to loss. Rather, she is reporting her resilience against the accumulative burden of abuse. Racism, misogyny, familial and cultural homophobia have shaped her life. Towards the end of the book she writes, “Sometimes I wonder, with such promise, what if I’d been a white or a straight male, or a young straight Zadie Smith and my talents were nurtured and discovered? Sometimes I wonder about all the Gay and Lesbian artists and writers both pre- and post-Stonewall whose [work was] before their time and went un-nurtured and undiscovered.”

Sneed grew up amid adults whose own fears and issues seemed to have prevented them from nurturing her, forcing Sneed to forego nativity. In reflecting on her childhood, Sneed’s writing is halted, careful, trauma-informed, looped in with later moments, memories, and evocations, providing her with a chance to be honest with herself and kind with her father. In Sweet Dreams, no one stands alone in neglect or abuse. She swaddles it, for both the abuser and abused, within the culture that has produced us all.

To survive, Sneed found an image to cling to. A summer of seeing a black woman with a shaved head driving a jeep convertible down a main drag in Boston provided her with a mirror of possibility, propelling her through the transition into adulthood.

The pattern of neglect that started as a child, continued as Sneed entered adulthood and school, where teachers accused her of plagiarism rather than seeing her as a young person with willing and unquestionable talent.

But that was not the worst of it. It is not anything as far away or intangible as culture, or the lack of mentorship, or belief from others that has impeded Sneed’s everyday well-being as much as it seems intimate encounters has with friends, ex-lovers, and strangers alike. This is where the connection to Brainard ceases to be helpful and instead it is important to underscore Sneed’s connection to Lourde and womanist writers like Kelly Brown Douglas. In the space between two people talking, often two women, sometimes both artists or both black or both writers, or both lesbians, Sneed has faced the harshest cruelty: the denial of her life, the questioning of her worth, skepticism about who she is as a writer, artist, and a person who deserves love. “You are not a writer,”“You’re destructive,” “You need so much attention” are things that people have said to her, even, “You are not Pamela Sneed.” It is in the recounting of these moments, and there are many, that the book is most brutal and urgent.

To the uninitiated, a response might be an echo of the cruelty itself: ‘Sneed is making this up, it is just in her head.’ But to people who know, and who have experienced it, there is a sense of being seen, a #metoo moment of a different kind, one that is also in response to attempts to forestall futures and rob someone of their sense of being. It is as if in reporting pain, Sneed is exorcising the hate from the recesses of her mind, sharing moments, while also providing a vision—as powerful as a black woman with a shaved head navigating elitism—enabling those who need it a way forward. It is at once a gesture of survival and generosity. We should not all have to become the visions we need in the world. Yet some of us do anyway.

Finally, it was within the community of poets, artists, and writers, often those who were black and queer like her, where Sneed began to be emotionally and intellectually fed. Maya Angelou, Audre Lorde, and James Baldwin nourished her, while the applause of coffee shops, galleries and theaters reflected back to Sneed that she had a body, a voice, a passion, and a right to take up space. If rarely if ever favored, there is no denying that Sneed is gifted.

Years later, she stokes the communal fire of creations and shared cultural space as place for art and self determination. She is a teacher now, and Sweet Dreams is filled with lessons she shares with students, a tantalizing glimpse that would make anyone want to sit in a classroom with her. In Sneed’s spotlight, no one is left unseen, or unencouraged. The very culture that produces art and people that attempt to deny and erase the experiences of Black and Brown queer people, is the very space that Sneed has taught herself (and now shares with others), that can be infiltrated, stripped for parts, and made better for a future always in the making.