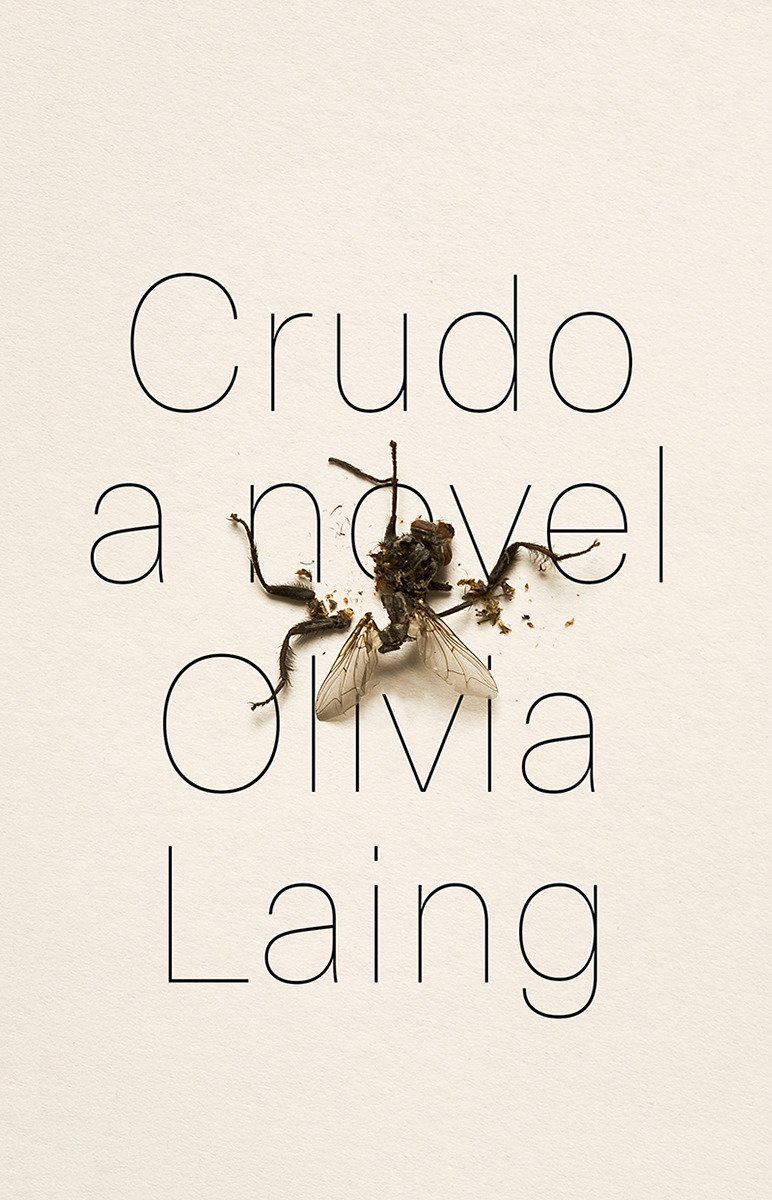 In Crudo, Olivia Laing Kathy Ackers “Kathy Acker.” By opening the book with the sentence, “Kathy, by which I mean I, was getting married,” and using snippets of Ackers text, Laing fuses Kathy Acker and her protagonist Kathy. Just as Kathy Acker used pre-existing texts such as Great Expectations and Don Quixote as foot holds for her own work, Laing superimposes the story of a 40-year-old woman in 2017 preparing to get married onto Acker’s now canonical status. Through this bizarre and wholly unique lens, Laing tells an urgent, hyper contemporary tale about love and queerness in the age of political unrest and collapse.

Although Kathy’s impending marriage is the central action of the book, anxiety and panic caused by Trumps rise to power takes center stage. This presence is expressed through smart phone notifications and media, as Kathy’s phone constantly chimes with news about corruption while she is making breakfast. Crudo is largely a plot less novel, as Kathy’s reflections on solitude, gender, and the current political climate are couched amidst the minutiae of wedding preparations, consuming food, and her travels with her soon to be husband.  Throughout the book, the couple stumbles through marriage preparations while the world around them seems to be falling apart. They forget, for example, to go on a honeymoon.  They order crab for dinner but realize they do not have the “tools to eat it with.”  Although the novel is set up to move towards their wedding, the wedding never manifests. It remains a blip amidst the specific and non-specific anxiety Kathy experiences throughout the book.

The Internet is as much a character in this book as Kathy or her husband. It constantly lures them into mindless scrolling, and the barrage of Trump related news renders them numb.  The book formally mimics this phenomenon, as the Internet itself has no plot or arc, and is just a series of mundane snippets of information punctuated by news of tragedy. Laing alludes to the idea that the real, human Kathy Acker’s literary style is akin to the memification and mashup culture of the Internet. “There was no need to invent,” Kathy says of the Internet, “you could make anything from out of the overflowing midden of the already-done.” The Internet is not wholly demonized, however. It also exists as a neutral, ever present force.  Kathy’s Internet use even finds its way into their marital bed, as she says, “if this was love she’d take it, lying next to him, naked, both fiddling with their phones.”

Kathy’s conception of gender mimics the structural plotnessness of the novel, as she describes her gender as a “constant emergence and zero arrival.” Kathy’s gender queerness within her hetero presenting relationship further alienates her from participating in traditional hetero marriage rituals. Kathy describes herself as “a lovely dickless boy,” and “a fag with tits.”  Kathy resents being called Mrs., and when her husband compliments her breasts and she refuses to talk to him for the rest of the day.  For Kathy, who passes as straight but is clearly not, the ritual of marriage loses its significance. Crudo begs the questions: what is the place of the heterosexual institution of marriage in an age of political decline? What is the place of the heterosexual institution of marriage for couples who resist the binaries marriage is based upon?

Crudo ends on a surprisingly optimistic and uplifting note. After pages of Kathy moving mechanically towards cultural expectation and obligation, the book ends with a scene in which Kathy is overcome by love towards partner and his “dear old face.” Despite her anxiety about her country’s political landscape and resistance towards hetero structures of partnership, “She loved him, that was her dress, each element a sequin.” This is a marked tenderness that we don’t see much of through out the book. Although Kathy struggles to define her relationship amidst external and internal strife, Laing concludes, simply, “love is the world, pain is the world.” Both realities exist simultaneously.