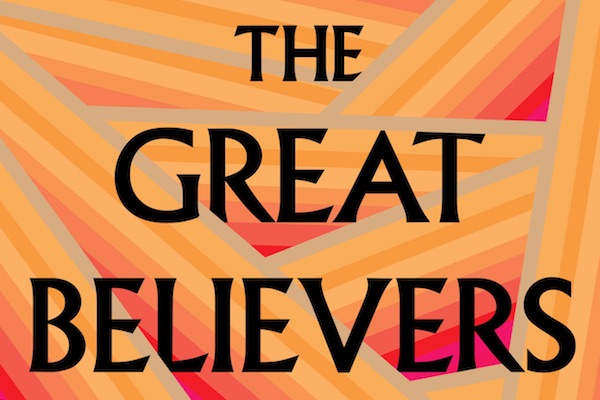 ‘The Great Believers’ by Rebecca Makkai

‘The Great Believers’ by Rebecca Makkai

In an early scene of Rebecca Makkai’s new novel, The Great Believers, the protagonist Yale Tishman attends a memorial service for his friend Nico at the house of a mutual friend. Overwhelmed by the reality of Nico’s death and his emotional energy exhausted, he goes upstairs to rest. While resting, he has an imaginary moment in which he dreams that everyone from the party is gone. They are not in the basement, in the backyard or on the front lawn. The disappearance of his friends in such a quick sweep is a simulacrum of the AIDS epidemic that Yale and his community have begun facing—friends and loved ones together one moment and gone the next.

The Great Believers shifts between two narratives and time periods as it chronicles the AIDS epidemic in Chicago during the 1980s, illuminating the loss and struggle of the day-to-day realities of living and loving during the height of the AIDS crisis. The first explores Yale’s life in the 1980s where he lives with his partner, Charlie Keene, editor and founder of the gay newspaper Out Loud; a life where attending the funerals of their friends has become disturbingly normal. Yale works for Northwestern’s nascent art museum, where he meets Nora, who has a clandestine art collection that includes works by Modigliani and Foujita, among others, that he desperately wants to secure for the museum.

The second narrative details the life of Fiona (Nico’s sister) in 2015, where she lives with the traumas and wounds of the epidemic that claimed her brother and many close friends and is currently searching for her estranged daughter in Paris, France. Fiona’s past eclipses her present and creates a deep resentment between Fiona and her daughter, Claire, who feels her mother’s emotional absenteeism has damaged their relationship; Nico’s death is always casting its shadow over Claire’s life.

Fiona’s narrative provides a well-rendered contrast and complement to the stories and problems that arise in Yale’s narrative. The two storylines work together like a duet, a call-and-response song, where an issue rises in one and can concludes in the other.

Yale’s own life is compromised when he learns he has been exposed to the virus. While he waits to learn of his fate he becomes obsessed with securing Nora’s collection, delighted in the possibility of the art’s authenticity. He learns of an unknown artist amongst the works that Nora vehemently insists be included in the museum. The artist, Ranko Novak, who is little known by the world and was a lover of Nora’s, disappeared during World War II, and later reappeared disabled and unable to paint again.

Yale’s kinship with Nora develops as they both carry the burden of survivorship. They saw their friends and communities brutalized and irrevocably changed. Even if the world does continue, how can they? They both carry the guilt of being alive when others couldn’t. How can the world stop mourning or caring about these losses, when they still haven’t?

Makkai wonderfully depicts all the different iterations of doomed love, demonstrating the ways in which love can be destructive, the ways it can permanently scar. For Yale love has jeopardized his health; and he sometimes feels as though the entire community is being punished for practicing love on their own terms. And perhaps this was why the world looked on with apathy, because it was easy to dismiss them, to say to people that were different from themselves that they brought it upon themselves. And Yale cannot help but feel like he has by choosing Charlie, by being oblivious to Charlie’s defects that were always in the periphery.

Fiona’s divorce and her antipathy towards it derives from a manufactured and entrenched guilt. Her love is not legislated or reproached in the same ways her friend’s and brother’s loves are—if no one in her life was allowed a blissful, unblemished love life, how could she have it? With what right can she? As thus her attempts are also doomed.

As Yale’s health becomes more uncertain, he, like Nora, takes comfort in art, in its ability to recreate and find beauty amongst ruins. Yale promises Nora that he will give Novak the exhibition he never had while alive to honor her wishes, and in a way, to bring someone back from the dead, conquering death in a way that mirrors Yale’s own battle with mortality.

Madari Pendas is a Cuban-American writer and poet living in Miami. Her works focus on the surreal and absurd aspects that accompany living in an exile community, and the inherited identity crisis of being a Latina in America. She has received literary awards from Florida International University, in the categories of fiction, poetry, and creative nonfiction. Her work has appeared in The Accentos Review, Pank Magazine, The New Tropic, Politicsay, Sinister Wisdom, Junto Magazine, WLRN (Miami's NPR affiliate), and The Miami New Times.