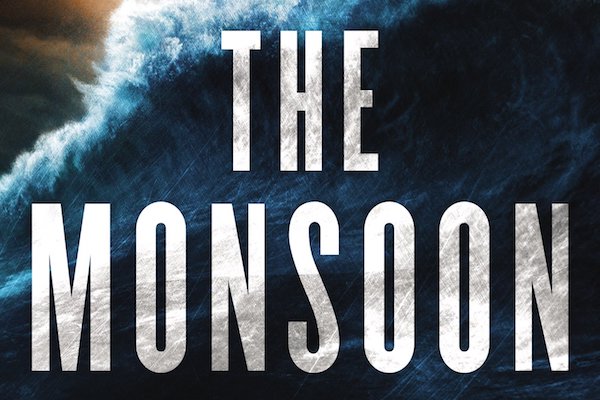 Out this month is Robert Karjel’s After the Monsoon (Harper), the sequel to his Lammy-nominated thriller The Swede, where we first met bisexual Swedish security agent Ernst Grip. Now, Grip is in the Horn of Africa investigating the accidental death of a Swedish army lieutenant, but things quickly become much more complicated.

Michael Arceneaux’s essay collection, I Can’t Date Jesus: Love, Sex, Family, Race, and Other Reasons I’ve Put My Faith in Beyoncé (Atria/37INK) is also out this month, described by the publisher as “alternately hysterical and soul‑searching essays about what it is like to grow up as a creative, sensitive black man in a world that constantly tries to deride and diminish your humanity”:

It hasn’t been easy being Michael Arceneaux.

Equality for LGBTQ people has come a long way and all, but voices of persons of color within the community are still often silenced, and being Black in America is…well, have you watched the news? 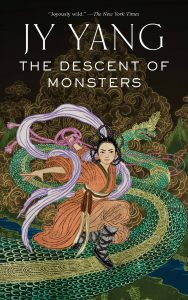 In Fantasy, JY Yang’s latest in their The Tensorate Series, The Descent of Monsters, is coming this month from Tor:

Yang continues to redefine the limits of silkpunk fantasy with their Tensorate novellas, which The New York Times lauded as “joyously wild.” In this third volume, an investigation into atrocities committed at a classified research facility threaten to expose secrets that the Protectorate will do anything to keep hidden.

(If you’re new to the series, check out The Black Tides of Heaven.)

July also brings David Chariandy’s elegiac novel Brother (Bloomsbury), about two brothers “coming of age and learning to stomach the careless prejudices and low expectations that confront them as young men of black and brown ancestry.” 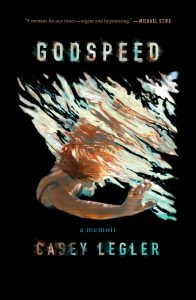 At fifteen, Casey Legler is already one of the fastest swimmers in the world. She is also an alcoholic, isolated from her family, and incapable of forming lasting connections with those around her.

Driven to compete at the highest levels, sent far away from home to train with the best coaches and teams, she finds herself increasingly alone and alienated, living a life of cheap hotels and chlorine-worn skin, anonymous sexual encounters and escalating drug use. Even at what should be a moment of triumph—competing at age sixteen in the 1996 Olympics—she is an outsider looking in, procuring drugs for Olympians she hardly knows, and losing her race after setting a new world record in the qualifying heats.