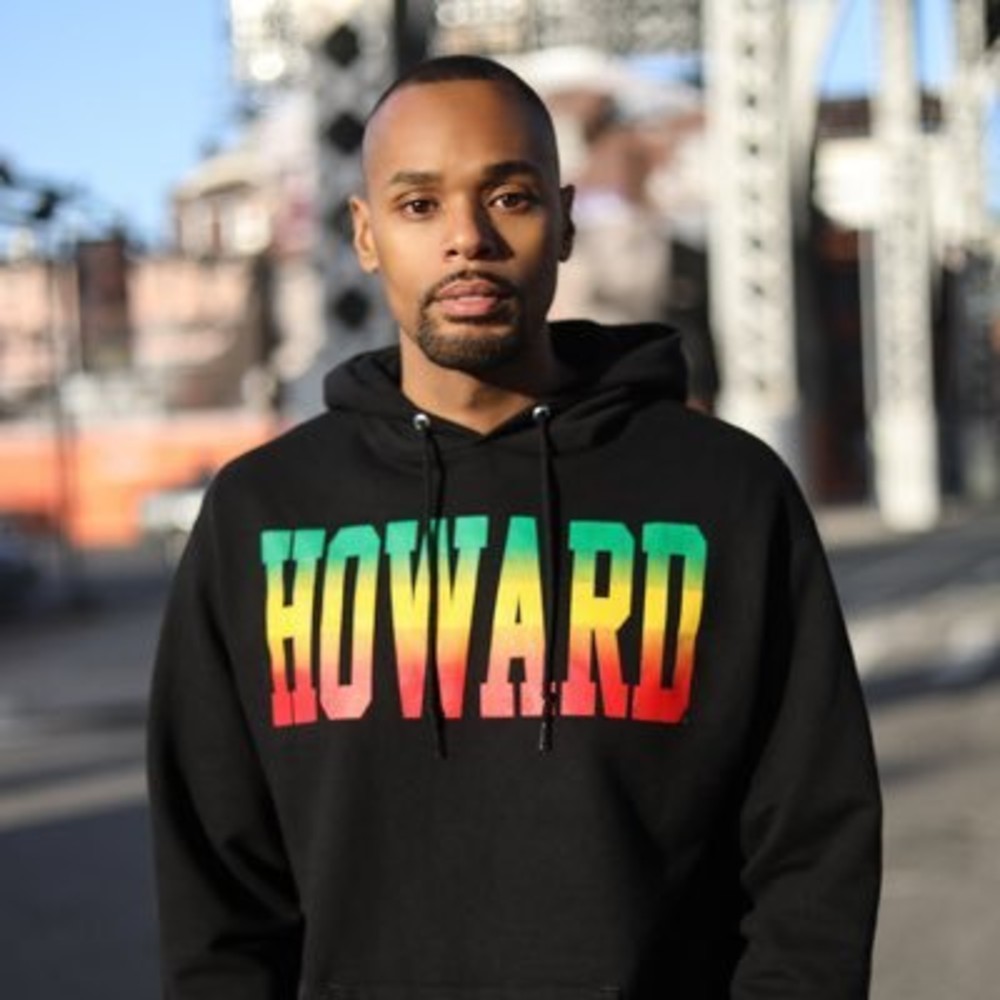 Michael Arceneaux: On His New Book and the Undeniable Power of Beyoncé

Michael Arceneaux: On His New Book and the Undeniable Power of Beyoncé 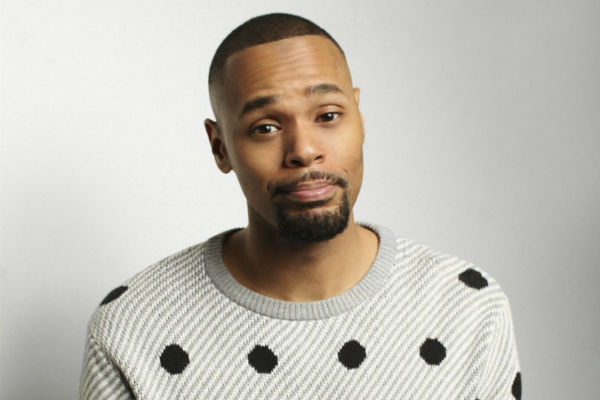 Writer Michael Arceneaux’s new essay collection, I Can’t Date Jesus: Love, Sex, Family, Race, And Other Reasons I’ve Put my Faith in Beyoncé (Atria Books/Simon & Schuster ), is a poignant and humorous collection about moving through the world as a smart and sensitive young Black man.

In his review for The Lambda Literary Review, critic D. Gilson wrote:

[…] Arceneaux’s is a refreshing voice of honest worry mixed with irreverent humor. All with a heavy dose of Beyoncé.

Like his patron saint Beyoncé with Lemonade, Arceneaux has created an enlightening urtext we haven’t seen before, essays in the queer lineage of James Baldwin and Eudora Welty, but soundtracked to a solid playlist of late ‘90’s and early 2000’s R&B.

A Houston native now living in Harlem and a graduate of Howard University, Arceneaux is a regular contributor to The Root, Elle, and Essence magazines that has written for The New York Times, The Washington Post, Rolling Stone,Teen Vogue, The Guardian, Mic News, Esquire.com, Time Ideas, Vulture, The Atlantic, NPR’s Code Switch and Comedy Central Online.

Please tell us what your book is about?

I Can’t Date Jesus is my journey of not just accepting myself as a gay man, but learning to actually enjoy it; by that I mean, overcoming my fear of intimacy that started with an early exposure to HIV and was magnified by being raised by a devout Catholic.

For many people–especially of modest means–pop culture is an access point to a world different from the one you know. Pop culture has educated me and I’ve since made a living covering it.

I felt enlightened by the book. Let’s talk about “Beytheists,” a term I recently learned from you. Is it true that you’ve placed your total faith in Beyoncé? If so, what is it about her specifically that makes her worthy of such worship and exaltation?

Beyoncé is my lord and gyrator for numerous reasons outlined in the book, in multiple essays I’ve written that can be found across Al Gore’s Internet, my social media feeds, and outlined by way of tattoos across my back (kidding), but as a fellow country Houstonian of Louisianan lineage who refuses to dilute their southern Black ways in order to attain mass appeal, she means the world to me for that alone.

Has there been any response from her? 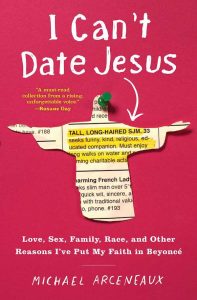 No, there hasn’t been any response from Beyoncé yet, but I’m hoping the book reaches her. As for Beytheists, trust no bitch (gender neutral in this instance) that doesn’t like Beyoncé. Something is wrong with them. Period.

In your writings, you mention that one of your youthful regrets is learning how to hold a switchblade under your tongue. Would you call it irony that you began using your tongue as a fiery blade, so to speak?

That’s a good spin, but I still believe that if I wasn’t going to learn anything in Algebra because the teacher died shortly before the school year started and an uncertified pregnant woman was going to substitute in his place, the least I could have done is learned a valuable life lesson as we all wasted time.

Your writing shows that you have a wicked and uncanny sense of humor. How has this allowed you to express your stress in a healthy way? How do you tame your tongue?

Everyone in my immediate family is funny in some way. I’d probably not be alive if I didn’t have some humor in me. As for taming my tongue, I exercise a lot more restraint than most ever realize. And not to be fake modest, but I know so many people much smarter than me. I’m just glad I know enough not to embarrass myself around them.

Please shed some light on your statement “I can’t date Jesus.” Since Jesus is off limits, who are some other names that could make the cut?

There’s a chapter in the book with the same title that explains where the statement stems from, but I would probably slide in the DMs of one of Christ our Lord’s disciples–maybe Bartholomew or even Simon the Cananaean. Just not Judas, though, for obvious reasons.

In your elaboration on your dating life, you discuss how to “ho and date.” Would you say that there’s a level of immaturity and/or dishonesty among gay and bisexual men? If so, what are your suggestions on how to deal with them?

I try not to generalize, but I would say for select gay, bisexual, or queer-identifying men such as myself, there is a case of stunted development because some of us have to wait a bit longer to start actively working out their romantic and sexual interests. Patience is helpful, but it’s also not my place to tell others how long to wait for someone to catch up. That’s case-by-case.

Are you open to long-term commitment and/or marriage?

Open, but let’s start with me matching a dude on Tinder, me getting them to actually engage in a conversation, and you know, actually meet for a date, and then we’ll discuss the wedding plans mentioned in that chapter.

Your writing talks about your “failure” to learn how to love properly. Have you reached a point where you are now capable of loving and being loved?

I’d like to think I’ve reached my Mary J. Blige “No More Drama” barriers, so yes, like Tevin Campbell, “I’m Ready.” Or Letoya Luckett’s more recent “I’m Ready,” if you’re into that.

In one of your articles, you mention that you’ve been called a “faggot” in every part of America. How do you balance your emotions to maintain your own health and well-being?

It took me a while, but I see why people love weed so much now.

Do you feel that the Black community, as a whole, has begun to adopt a “strength in numbers” attitude with regards to the Black LBGT community?

I don’t find Black people more homophobic or transphobic than the masses and there are quite a few Pew studies to confirm that. What I think is Black people–like every other racial and ethnic group in America – are slowly but surely becoming more accepting thanks to greater awareness and proximity to LGBTQ people.

In relation to religion, you raise poignant questions. But I noticed what appears to be an unwavering obedience to an institution that you also find oppressive. Do you find it challenging to cling to tradition by exalting a figure that has also been used to dehumanize and suppress you?

The book begins with me going back to church for the first time in well over a decade, so I’m not exactly beholden to any religious institution. And while I’m no longer a regular churchgoer, I think religion can serve a great purpose and I dare not devalue that. As I write, there are people who do adhere to the teachings of Christ, only it’s a shame that I didn’t find them sooner.

Despite its comedic tone, your book also covers serious topics such as HIV/AIDS and the use of PrEP in Black and Latin communities.With such high diagnoses rates of HIV/AIDS in our community, do you think that people respond to public health messages or mostly ignore them? What do you think can help combat the spread of HIV?

As I’ve explained in my book and through my work as a writer, there is plenty of great reporting and studies that show that there has been a lack of urgency from government and health organizations to directly reach out to those most vulnerable. People act better when they know better; the problem is some some targets are being met while others are being literally left to die.

I noticed that your blog, The Cynical Ones, has not been updated recently. Is this still an active site?

Writing for a living–particularly as a freelancer–makes it very difficult to maintain a blog, which doesn’t pay the student loans and rent. I miss blogging sometimes, though, so I may dust it off if only to reflect on what’s happening now. One thing I’ve noticed is that a lot of people have told me that they first discovered me on my blog and have followed me to this point, which is heart-warming in that Mariah Carey ballad sort of way.

You have some career turns. Is stand-up comedy an option for you, or are you still considering news anchoring? How about a combination of both?

Around the time of the great recession and my second senior year in college, I did a comedy-writing program that was sponsored by Comedy Central and Chris Rock. Ever since then I’ve been encouraged to give stand-up a try, but while I have great reverence for comics like Chris Rock, Richard Pryor, Moms Mabley, Eddie Murphy and have a great friend that’s a comedian (Hi, Alex English), I don’t think that’s my thing. But you know, I would love to host a show where I could mix up my interests and inform them with my humor and perspective. Again, do you know somebody?

This interview has been edited and condensed for clarity