‘Listen to Your Heart’ by Becky Harmon

‘Listen to Your Heart’ by Becky Harmon 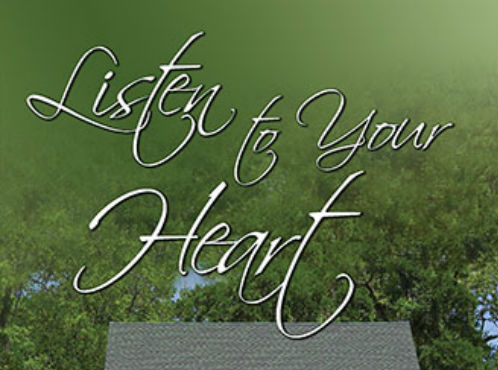 Jemini Rivers never thought she’d return to the town named for her ancestors, but the death of her estranged grandmother forces to go back, bringing up old memories and reuniting her with a former childhood friend. The visit also sparks an unexpected attraction she doesn’t have time for—not with her successful career back in Tennessee as a partner in a thriving law firm and her fancy, upscale condo. So there’s no doubt about it, the feelings she has for Deputy Williams must be put aside. She needs to conclude her business in Riverview and get back to her life in Chattanooga.

Stephanie Williams has mixed feelings about the return of her childhood friend, Jemini. The Riverview sheriff wants to see the wishes of her friend and confidante, Dorothy, fulfilled, but Jemini seems to want nothing more than to get rid of her grandmother’s house as quickly as possible and scramble back to Tennessee. Stephanie realizes that the feelings she has for Jemini put her at risk of being hurt—again. So, in spite of the attraction and one sizzling kiss, she can’t do anything to achieve Dorothy’s last hope to bring Jemini home and keep her in Riverview.

Listen to Your Heart is filled with the off-again, never really on-again, allure of the two main characters’ romance. Jemini is convinced she must return to her fulfilling career and unrewarding personal life because she feels Riverview holds nothing for her but unpleasant memories of rejection by her beloved grandmother. Stephanie’s not helping: she runs away every time the two women start getting too close. Through it all, miscommunications abound, making the relationship even more difficult to pursue—and easier for Jemini to start her own race back to Chattanooga.

Stephanie’s job as deputy sheriff makes for an interesting subplot as she pursues a peeping tom. At first she believes the culprit to be nothing more than a teenager trying to get an eyeful through a single lady’s bedroom window, but it proves much more serious than teen titillation, sending Deputy Williams on a wild ride in order to get to the bottom of the misdeed.

Supporting characters Cassie and her partner Kathleen are the likeable owners of the Lake View Resort. When Kathleen strikes up a friendship with the reluctant Jemini, their morning walks around the resort present opportunities in their conversations to help move the story along. As Kathleen encourages Jemini to follow her heart, a difficult thing for Jemini to do when it involves the memory of a grandmother’s rejection and a feeling of abandonment, it sets the stage for the beginning of Jemini’s transformation. Meanwhile, Cassie, Stephanie’s close friend, serves as confidant as the deputy examines her motivations—and, ultimately, what she wants in a potential relationship with her childhood friend.

Drama ensues when a conniving real estate agent tries to pressure Jemini into taking an offer from a developer that will put people out of their homes and change the property her grandmother has left to her. The deal will create a situation incongruous with her grandmother’s wishes and even the town itself. But if Jemini wants to be out from under this burden and return to her old life, the pressure is on to take a lucrative offer, leaving behind the possibility of friendships, fulfillment, and even the prospect of love.

Harmon’s story has enough mischief and intrigue to keep readers interested. Stephanie’s constant running away, often without explanation, is frustrating and a little childish, but the romantic pull both women feel is well drawn. This tale of romance—with a little mystery thrown in for good measure—is an attention-grabbing read that will entertain readers to the end.

'Flat: Reclaiming My Body from Breast Cancer' by Catherine Guthrie
‘The One You Get’ by Jason Tougaw
Jay Bell: Something Like Love