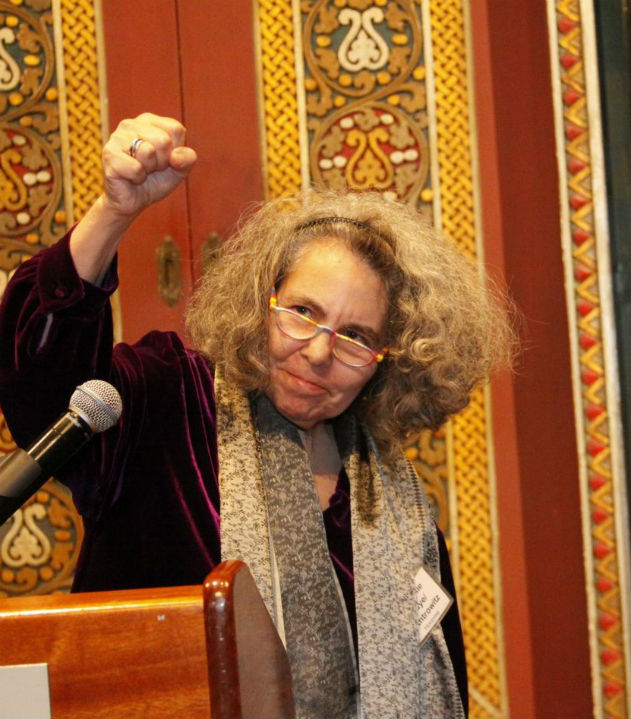 Poet, academic, and activist Melanie Kaye/Kantrowitz died on July 10th from Parkinson’s disease. She was 73 years old. The Brooklyn born Kaye/Kantrowitz was the founding director of Jews for Racial and Economic Justice, an organization created “to address the racial/ethnic tensions and economic disparities in New York City.”

Through her work and teachings, Kaye/Kantrowitz tackled such subjects as multiracial Jewish communities, Jewish lesbian identity, and African American-Jewish relations. Her writings have been featured in Lesbian Poetry: An Anthology, Fight Back: Feminist Nice Jewish Girls: A Lesbian Anthology, and The Tribe of Dina: A Jewish Women’s Anthology. In addition, Kaye/Kantrowitz was the editor of the noted lesbian literary magazine Sinister Wisdom from 1983 to 1987.

My sweet love, Melanie, died last night. For many years she fought as hard as she could against Parkinson’s Disease, but this was one battle she could not win. It has been a long and often very difficult journey but through it all she stayed at home and I was here with her right to the end. The last few years have been particularly hard as the disease claimed her mind. That brilliant mind that could always make sense of the most complex and challenging realities and her amazing ability to use language in ways few could all slipped away. And still she fought to control her own body, to determine her own destiny. As I watched this process unfold there was a slow chipping away at my heart and that has now turned into a deep and painful hole. She is gone and I will miss her forever.

At the same time I am filled with joy knowing how many people she touched. As a friend, as a co-worker, as a teacher, as a writer – an incredible writer – as a sister and comrade and co-conspirator in the struggle for justice and peace, Melanie’s presence was often soft but always strong. Her moral compass was always set in the right direction, and she always had the courage to speak out, to take action, and to bring others along with her.

A complete obituary is forthcoming.