‘The Island Dwellers’ by Jen Silverman

‘The Island Dwellers’ by Jen Silverman 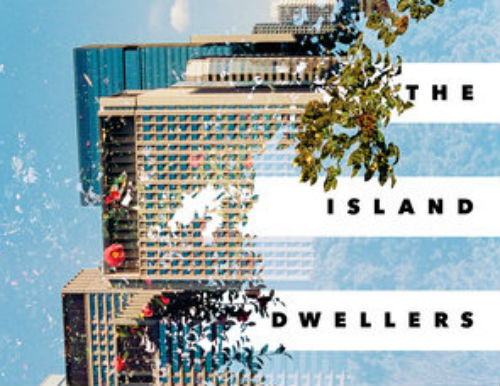 Whether it’s performance art or keeping relationships, the “girlfriend” never seems to get it. In “Girl Canadian Shipwreck,” the opening story of Jen Silverman’s collection The Island Dwellers: Stories, the titular girlfriend stumbles her way into a basement to watch her partner’s show, only to resurface later at her partner’s ex-girlfriend’s rooftop party that she once again, stumbles her way through.

Fortunately, at the end of the girlfriend’s fumbling is a dose of clarity, as if relieved from the shadows of wanting to accept what she can’t understand. It’s almost like wanting to leave an island, although there is no easy way out. The girlfriend in “Girl Canadian Shipwreck” is an illumination of what weaves throughout Silverman’s debut collection, an homage to the kinds of escape we’re all looking for, whether it’s from emotions or situations or people. Except in some cases, the escape is not just about getting free but getting out unscathed.

Worlds come through in each story, as Silverman maps out heartache and language from South Africa to Japan. In “Pretoria,” the South African Daniela struggles to stay within the confines of what Tokyo has to offer and the kind of life she’ll have after her Japanese boyfriend proposed. She weighs her decision with a friend Pieter, who’s also South African and who’s also dating a Japanese girl, as the intimacies and intricacies of dating, love and their friendship get all tangled up. There are no easy endings, but there are words for what used to be clouds of fog on her mind: “The things that make me love you aren’t things I love in myself.”

Silverman further plays with this tension, the reader a witness to how we struggle with our own selves in a several of the stories. In “A Great History of American Mistakes,” a professor beds her assistant, while a worried friend worries not for what it will do to the assistant , but to her. Maria in “Maria of the Grapes” vacillates between friendship and a growing, dangerous tenderness for her gay friend, the beautiful Ancash. It’s in this back and forth, this uncomfortable in-between that Silverman spins her characters in, a kind of contingency needed for a gratifying release.

And if there was a story that equates Silverman’s style and theme spot on, it is in the uproarious tale “White People.” Illustrating the idiosyncrasies of the millennial generation, it provides a glimpse in the lives of a soon-to-be divorced couple. From their “Divorce Dinners” where they discuss how to part ways amicably over farm-raised quail, to their exploits in dating that crosses cultural appropriation and tokenizing, the story is guiltily refreshing in its humor:

Elias’s quiet confidence and lack of curiosity were almost as inspiring to me as his portfolio of gestures. And then it occurred to me: passive jealous probing wasn’t in his cultural heritage. That was a white thing, and Elias was Venezuelan. I wanted to tell Elias how grateful I was to be able to learn from him, but he’d already turned his back on me.

And just when I feel like I’ve got Silverman’s style all figured out, two stories throw me a total curveball. “The Wolf” is a story about what happens after a man is murdered, and the person hired to take care of disposing the body delivers an unexpected gesture of goodwill. “The Pike” on the other hand, is a parallel story of a writer in an artist’s colony, obsessed with the biography of the poet Ted Hughes’s lover Assia Wevill, who he marries after Sylvia Plath killed herself. The departure of tone and style took me by surprise, but I was pleasantly buoyed and hooked by Silverman’s literary turn. The depth with which she anchored these final stories of the collection are enough for me to dismiss what I initially dreaded with the first ones, mostly because I felt like they were too easy to make fun of (because these characters are actually pieces of us, in many ways).

The eleven stories that make up this collection are raw, intense in their longing, and tender in the most unexpected ways. Each one a light on its own, in spite of the violence and darkness that they hold. While some can elicit a chuckle or two, these stories also emanate fear, fury. A longing to tether oneself to a person, or a yearning to be freed up from whatever binds them, a need to vacate the island. Whichever it is, Silverman shines in this collection the way sunlight hits the surface of water, forming rivulets of gold. I like to think of her as the protagonist in “The Pike,” the writer simultaneously distant and engrossed with her lover, her work, and really, her own skillfull craft: “Her audience is hungry, captivated; in that moment, they lean in astonished. She’s woven them a story so odd and brilliant that she’s captured even herself.”

Pia Cortez is a writer based in the San Francisco Bay Area. She runs a book blog called Libromance where she reviews books and publishes literary features with a queer Filipino immigrant lens. She is a contributor at Hella Pinay, an online magazine for Filipino-American women and at New Life Quarterly, a literary magazine based in Oakland, California. She is currently working on her first novel.