‘Into?’ by North Morgan

‘Into?’ by North Morgan 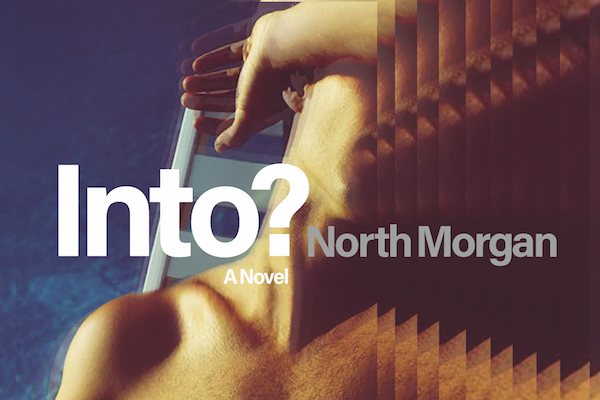 When reading the blurb on this remarkable new novel after it was assigned to me, I immediately saw that it was set within the gay “party circuit.” I cringed. Not from any sense of false superiority, but as someone whose life, in the nineties through the early part of the new century, revolved around that same circuit. I wasn’t certain that an author would, or could, bring any depth to such a hedonistic and pleasure-seeking gay scene, but I was wrong. In prose that is as modern and frenetic as the main character’s insatiable need for, well, being sated, Morgan constructs a story of an endless search for what one can’t have that is very timely, especially in today’s highly digital gay culture.

The endless parties, clubs, and prolific drug use are here, yes, but they are only part of a tensely wrought narrative. Konrad, the book’s narrator, is a German National educated in Britain whose boyfriend in London leaves him for someone else, quite publicly shaming him in his own limited scope. He decamps to the US—to LA , into a scene of gay men who exist solely on the surface. It’s here that Konrad, who works few, but very well compensated, hours in finance for his dad, reveals his true addiction: social media and a heteronormative man he can’t have or possibly be. He spends hours on Facebook, Instagram, and the dating apps engaging with men both far and near hoping for one that defines his very specific and limited view of masculinity. Those he does hook up with only disappoint by word or deed and then he’s on to the next. He and a friend both agree at one point that it’s the chase, the actual obsession with someone you won’t have, that is preferable. It’s a conceit that will be familiar to not a few gay men today. Other hours are spent at the gym obsessively working out and staring longingly at any hot, straight, “bros.”

There are already many comparisons of Morgan’s book to the writing of Bret Easton Ellis. In form, this is somewhat true on the surface; and it’s a compliment, not a copy. But Ellis’ characters never realize their humanity in the way that Konrad does. There’s often no redemption, no soul to Ellis’ characters. Morgan also has a gift for irony and humor, and is in on the joke he’s making of such a vacuous lifestyle. There’s a definite wink and a nod on his part, and you can see that this is based on first-hand experience; the authenticity in the story lends it its urgency. Konrad seeks things in technology and sexuality that we’re all seeking: someone to be happy with. His own worst enemy is himself, as it is for so many of us. We look for what we most want at any given moment, but not what we might actually need.

So Into? wasn’t what I feared at all. It wasn’t a mean, glossy treatise on a lifestyle of endless parties and the un-achievable pursuit of physical perfection. What it is is a humane satire, a sharp and vividly drawn one, of a world not prone to introspection. With Into?, Morgan has created an immensely satisfying, modern tale of contemporary urban gay life with many twists and turns, not all of which are expected.