‘History of Violence’ by Édouard Louis

‘History of Violence’ by Édouard Louis 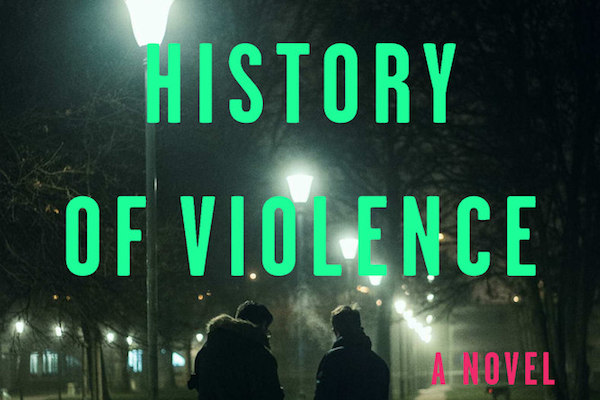 It’s something of a cliché to refer to a novel as much-anticipated, probably because the phrase is too often used to refer to a novel that isn’t much, if at all, anticipated, or maybe because once read, the work disappoints. But History of Violence, Édouard Louis’s followup to his very well-received first novel, The End of Eddy, truly is much anticipated. And despite subject matter that could easily have ended up being sensationalist, self-involved, or mawkish, History of Violence doesn’t disappoint.

In writing an “autofictional” account of how he was raped and almost murdered in his apartment by a trick he brought home one night, Louis is following in the brainy footsteps of French authors and intellectuals like Didier Eribon and Hervé Guibert. Indeed, Louis and Eribon are friends, and Eribon is a character in the novel. Though Eribon is 64 and Louis is 25, both are gay men from the working class and are highly conscious of the discrimination they face: among the middle and upper classes, because of their working-class background, and among the working class, because of their homosexuality. Eribon has also written a great deal about how gay men and lesbians must reinvent themselves in order to survive, often by leaving their families and their hometowns and moving to a big city. Louis is just such a gay man.

So when Louis finds sympathy for his attacker, whose name is Reda, his sympathy stems from his consciousness of the phenomena of gay re-invention, in addition to PTSD. Louis documents the symptoms of PTSD he experiences: his incessant talking, his fear that Reda will seek him out and take revenge if Louis goes to the police, his flight back home to his sister in small-town, populist France. But, seeing some of himself in Reda, Louis can also easily imagine just how difficult life can be for a poor, gay immigrant from an Islamic country who has come to Paris to “reinvent the past.” “The past,” Louis writes, “is the one thing we can change.” “I have no doubt [Reda] feared the future less than he feared the past.” Indeed, though Reda is actually Kabyle, the police refer to him generically as Arab. And Louis perceives that “for them Arab didn’t refer to somebody’s geographical origins, it meant, scum, criminal, thug.”

The structure of the novel is simple and complex all at once. Louis gives us his account of the rape. At the same time, Louis’s sister, Clara, retells Louis’s story to her husband, peppering it with her own caustic and prejudicial remarks. Unbeknownst to Clara, Louis is eavesdropping on her retelling and adding his own caustic remarks about Clara’s reinterpretation of his story.

Louis, nevertheless, has some appreciation and need for Clara, and for the police; otherwise, why would he capture Clara’s voice, a voice not his own, so convincingly? And why would he have returned home in the first place? Indeed, Clara provides much-needed levity. She has an inimitable way of popping Louis’s literary bubbles. Louis tells her that when Reda cruised him on the street, “I liked the sound of his breathing. I wanted to take his breath in my fingers and spread it all over my face.” Clara, in turn, tells her husband, “To like the way somebody breathes—I mean, really.” Elsewhere Louis quotes Clara as saying, “That kid and his ideas.” As for the police, who Louis characterizes as ignorant, racist, and homophobic, he also writes, “at the same time they helped me in a crucial, decisive way, they represented a way for me to say what I had to say, and where this was sayable.”

Louis is like Hervé Guibert in his fearless and searching moral inventory of himself. About his reasons for finally returning home to Clara, for instance, Louis muses to himself:

You’ve also stayed away because you’ve discovered how easy it is to cut her loose, how little you actually miss her, and sometimes you rub her face in it because you want her help, because you want her to help you leave. Now she knows. She knows how cold you can be and you’re ashamed. Even if there’s no reason to be ashamed, even if you have every right to leave her, still you’re ashamed. You know that coming to see her means facing your own cruelty.

Louis recalls Guibert, too, in his concerns about HIV/AIDS (Guibert wrote extensively about AIDS, including the classic To the Friend Who Did Not Save My Life). In the emotional aftermath of the rape, Louis seeks out HIV prevention, and recounts this encounter with a nurse:

If there’s anything wrong with History of Violence, it’s only that it ends too soon. But that may be only the pressure of wanting to follow up a successful first novel with a second one before too much time goes by. The closure Louis does provide us with is that, near the end, he definitively and narratively declares that he’s stopped listening to Clara, and thus we know that, heroically, despite all the shame Clara and others would have him feel, Louis is his very own, very real man. “When I write,” he declares, “I say everything, when I speak I am a coward. I spoke but my eyes remained dry.”

'Confessions of the Fox' by Jordy Rosenberg
'Ghosts of St. Vincent's' by Tom Eubanks
‘Belle City’ by Penny Mickelbury