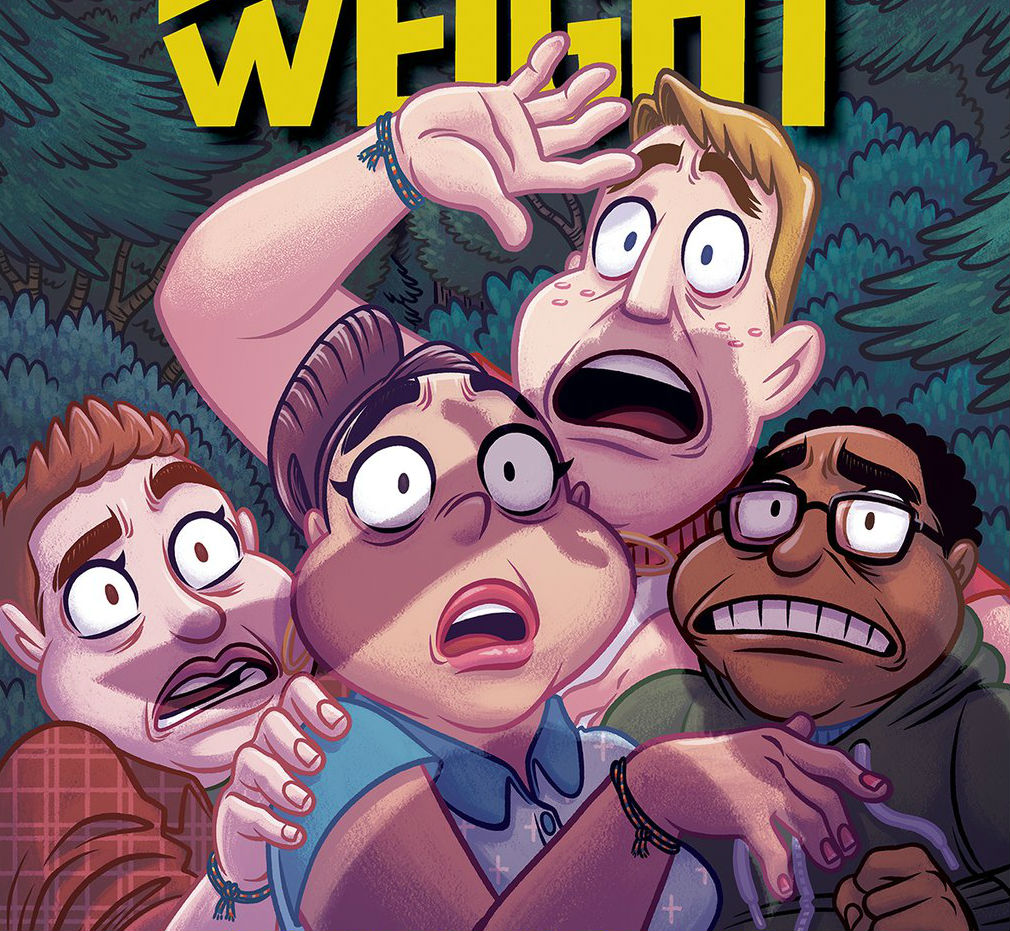 At the beginning of Dead Weight, Jesse, Tony, Noah and Kate all find themselves spending a summer at Camp Bloom, a weight-loss camp for teens, deep in the Oregon woods. Jesse’s parents are forcing her to go, though she’d prefer to attend a summer fashion program, developing her own clothing designs. Computer nerd Tony is going through screen and phone withdrawal out in the woods, with no good cell coverage or Internet access.  Shy Noah’s not sure what he’s doing at the camp, but he figures he’ll give it a try. And Kate takes pleasure in just being out in nature.

When Jesse sneaks off to eat a forbidden candy bar and check her phone, Noah spots her and then they both stumble on something way more upsetting: the body of favorite adult counselor Cory, who has been murdered. Even more disconcerting, the photo Jess takes of the crime scene includes a blurred image of a senior counselor’s bandana, from which the kids deduce that one of the other adult camp counselors must be the murderer.

The junior sleuths band together to solve the mystery by methodically investigating each adult counselor. When the teens observe a secret gay tryst between two male counselors, they think they’ve caught the murderers, only to inadvertently flush out the real killer.

Fans of Scooby Doo, Nancy Drew or the Hardy Boys, will welcome this more diverse group of teen detectives (Jesse is Latina and Tony is African American).  There’s some good humor here too, such as when one character jokes about “trying to get back to my birth weight.” And the book’s brightly colored artwork matches the cartoony exuberance of the story.

As the kids gradually eliminate suspects, readers also learn more about each characters passions and secrets. It would have been nice to see a little more character development. It feels like we get the set up, but not the development and culmination of character’s personal searches, like Jesse’s passion for fashion, and Tony’s attempts to cultivate a sense of self-esteem (especially after his role model Corey, is murdered). More differentiation between the many adult counselors would also have been helpful. But the need for further development also leaves room for the hope that this playful YA detective tale will become a series, like many of the other YA mystery series it emulates.

The Banal and the Profane: Frederick Smith
'Outcaste' by Fletcher DeLancey
'The Air You Breathe' by Frances De Pontes Peebles