‘I Can’t Date Jesus: Love, Sex, Family, Race, And Other Reasons I’ve Put my Faith in Beyoncé’ by Michael Arceneaux

‘I Can’t Date Jesus: Love, Sex, Family, Race, And Other Reasons I’ve Put my Faith in Beyoncé’ by Michael Arceneaux 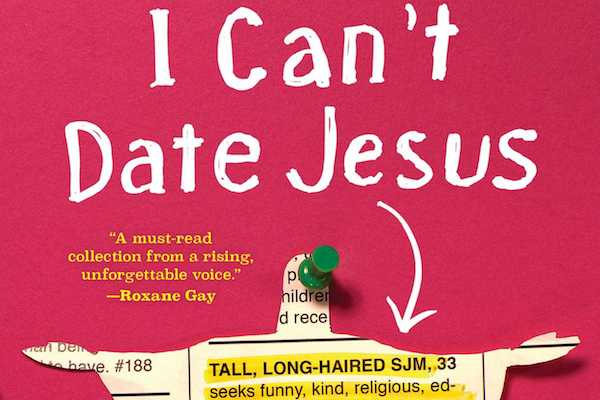 “My goal was to write something that essentially said I had to learn to stop thinkpiecing my life and to stop clinging to ideals that didn’t matter so long as I was happy,” Michael Arceneaux writes in “The Impossible,” an essay from his new collection, I Can’t Date Jesus: Love, Sex, Family, Race, And Other Reasons I’ve Put my Faith in Beyoncé. As its subtitle suggests, the collection is an encyclopedic look at his own life as a Black, Southern, gay man of the Gulf Coast, certainly, but also a piercing lens on Black and queer life in the United States more broadly, at turns LOL funny and quietly deafening.

To anyone following contemporary cultural reportage, Arceneaux is a familiar force. His work has appeared in The New York Times, The Guardian, Essence, Rolling Stone, Teen Vogue, BuzzFeed, and The Washington Post. He’s been on NPR, BET, VH1, and MSNBC. But where those articles and interviews have given us Arceneaux the intellectually-dexterous journalist (educated at Howard, no less, an institution bequeathing us some of today’s most important voices), I Can’t Date Jesus presents us with the opportunity to have a sustained conversation with Arceneaux the thoroughly modern Renaissance man.

Here is a philosopher questioning, and subsequently growing out of, the faith of his youth. In “I See a Priest in You,” Father Marty encourages Arceneaux to become a man of the cloth as Arceneaux is realizing he is more carnally a fisher of men:

Over time, my interest in my faith grew beyond “I don’t really have much of a choice, no do I?”… But the more I thought about it, the more I wondered if the religion I was so devoted to was more of a hindrance to my growth as a man that it was helpful.

And though Father Marty and Arceneaux’s biological father certainly hold sway in his life, it’s the strong women who make the man sharing so openly and smartly with us: his mother, Beyoncé, Diana Ross, Mary J. Blige, Oprah, and his sister. (Though we should have known before the election of 2016, Arceneaux artfully reminds us that it will be Black women who save us all.)

Here, too, is a thoroughly modern gay man hilariously questioning the institutions brought to us by the heteros. In “The Marrying Kind,” Arceneaux queers the romantic marriage plot and twists it towards comedic praxis:

The only other wedding option I have since thought of goes like this: one day I wake up early one Sunday morning, bop my man on the head in bed and say, ‘Yo, we really need to get this arrangement on paper. What if my clumsy ass falls down somewhere, breaks a leg and finds out I have some kind of rare disease and your ass can’t see me in the hospital?’ And then we run down to the courthouse or whatever. Maybe get some Chick-fil-A afterward for irony’s sake.

In an era when lots of young queers (of the white bourgeois especially) can fully come out of the closet to the cheers of their classmates and families, Arceneaux tells a coming out story in starts and fits, a journey we are wise to take with him and to realize that the closet, and leaving it, is never a simple or homogeneous act. Arceneaux came out to his mother, a pious Catholic women whom he loves but like so many of us, that love is complicated, at age 25. Theirs is a relationship of love with a heavy dose of worry, a recipe that, if more of us would be honest, and despite any number of It Gets Better or PFLAG marketing campaigns, we know all-too-well. Arceneaux lives openly as a gay, sexually-active journalist in New York City, and admits his mother might have another dream for him:

Ideally, I’d be working in a field more secure (finance, corporate law, medicine), one that would make all her sacrifices worth it. I would also be straight and married with kids. We’d all attend mass regularly, and she’d have us over for Sunday dinner. I might even be back in Houston.

She worries because of this, but admittedly, Arceneaux worries, too:

[…] not being those things makes me worry about how much I might be disappointing her. I fear that I have because I’ve chosen a much more difficult path… To add being gay to the list and knowing that as a gay Black man, certain health risks remain only heightens that worry.

In an age of PrEP and Adam Rippon and Glee, Arceneaux’s is a refreshing voice of honest worry mixed with irreverent humor. All with a heavy dose of Beyoncé.

Like his patron saint Beyoncé with Lemonade, Arceneaux has created an enlightening urtext we haven’t seen before, essays in the queer lineage of James Baldwin and Eudora Welty, but soundtracked to a solid playlist of late ‘90s and early 2000’s R&B. I look forward to assigning I Can’t Date Jesus to my students because, in part, it makes my job easy: this is a book that generously, seemingly effortlessly, teaches us. After meeting Mary J. Blige, and bringing her to tears with his own story of sweet fandom turned cultural empowerment, Arceneaux realizes: “I was never looking for a happy ending anyway. What I’ve been longing for is a new beginning. I’ve settled on the reality that I can’t date Jesus, but I can have the life of my choosing.” Thank god Arceneaux chose to share his life with us in this impeccable debut. And thank god, rest assured, it won’t be the last we hear from him.

'Things Half in Shadow’ by Alan Finn
Wayne Hoffman: On His New Novel 'An Older Man' and How Gay Sexual Culture has Changed Over the Past ...
'That Door is a Mischief' by Alex Jeffers