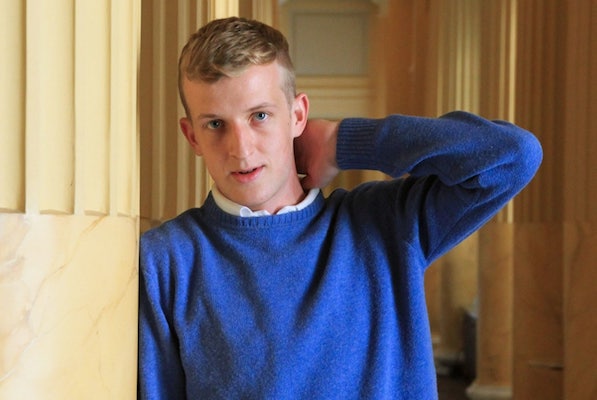 In Tobias Grey’s New York Times profile of Édouard Louis, the young author talks about how he “uses literature as a weapon” in his autobiographical fiction: “I write to shame the dominant class,” he says. In an interview with Angelique Chrisafis for The Guardian, he elaborates:

“I’ve got something to say. I want the reader to be confronted with it,” he says. “The reader has a right not to like it, not to agree … But I don’t want people to be able to turn their head away in the same way that you pass a homeless person on the street.”

Lit Hub has an excerpt of Louis’ new novel, History of Violence, which is out this month from Farrar, Straus and Giroux. 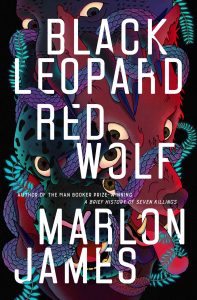 Marlon James, author of the Man Booker Prize-winning A Brief History of Seven Killings, is working on an epic fantasy series that he describes as “an African Game of Thrones.” David Canfield at EW reports that the first book, Black Leopard, Red Wolf, will be published by Riverhead in February 2019.

Carmen Maria Machado’s Lammy-winning and National Book Award-nominated debut short story collection, Her Body and Other Parties, is being developed by Imagine Television as an anthology series. Lila Shapiro at Vulture says the series will be “a sort of feminist Black Mirror.” Shapiro also spoke with Machado about her encounter with Junot Díaz that’s been grabbing a lot of headlines.

In an essay published on Medium, author Kenny Fries writes about the Penguin Random House UK diversity controversy, and the “lack of disability inclusion in the responses.” Fries was a Lammy finalist for his memoir In the Province of the Gods, which the publisher describes as “a journey of profound self-discovery as a disabled foreigner in Japan.”

Towleroad has the trailer for the upcoming documentary based on Scotty Bowers’ memoir, Full Service: My Adventures in Hollywood and the Secret Sex Lives of the Stars. The film, Scotty and the Secret History of Hollywood, will be released in LA and NYC this summer.

The Broadway revival of Angels in America was a hit at the Tony Awards, but Steven Thrasher at Buzzfeed wonders if it really holds up, or if “its enduring legacy [is] misguided nostalgia for when white men dominated AIDS narratives.”

Frustrated with how “rare it is to engage with a story about LGBTQ characters that doesn’t involve death or illness or some identity-based misfortune,” Camille Perri argues at Electric Lit that we need more LGBTQ stories with happy endings: “Happy gay art or entertainment, or art and entertainment about happy gay people, may not be about politics — but the fact of its existence is political,” she says.

Need a new read? Lambda Literary program director William Johnson recommended some of his favorite contemporary LGBTQ classics at Lit Hub, and Buzzfeed asked their favorite LGBT authors for “the one book they consider required reading this Pride month.” If it’s new comics you’re looking for, take a look at Brian Andersen’s Stripling Warrior series, “a queer positive superhero comic about Mormon superheroes.” Or if you’re taking a road trip this summer and need something for the drive, check out BookRiot’s list of audiobook memoirs written (and read) by LGBTQ authors.