‘Confessions of the Fox’ by Jordy Rosenberg

‘Confessions of the Fox’ by Jordy Rosenberg 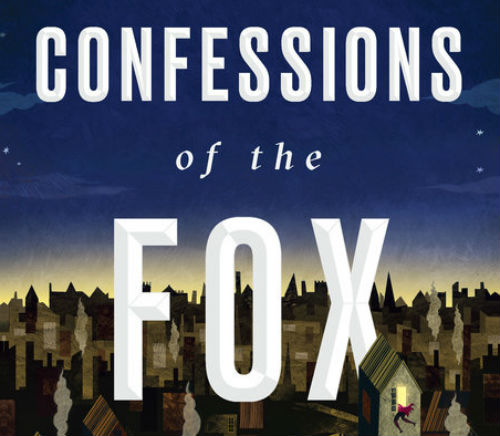 There are a few terms that could describe Confessions of the Fox–historical romance, maybe. Historical erotica, maybe more. Thriller, heist story, academic drama, anti-capitalist manifesto. All of these genres weave into each other in this book, creating a dizzying and ambitious double narrative: Primarily, the story of Jack Sheppard, famed thief and jail-escapee, supported by the translations and notes of Dr R. Voth, an academic who has discovered a strange manuscript, and who becomes our guide into the life and times of Sheppard.

The book is framed by the narrative and notes of Dr. R. Voth, which become almost a secondary text, the two stories existing side by side. As readers, we discover the manuscript alongside Dr Voth, illuminated by his translations of outdated terms (if you ever time travel back to Plague-era London and arsenal of colloquialisms for pussy and pick-pocketing, and what more do you need really), but we also learn about his life and his struggles as an academic. The footnotes go into his personal life and his own experiences as a trans man, which makes him the perfect person to present the text of Jack Sheppard–who, for the first time, is identified as a trans man in this strange manuscript of Dr. Voth’s.

The book prominently centers trans issues through these dueling narratives: Dr. Voth discusses his HRT, and the manuscript details (really details) Jack’s top surgery. It is very focused on the body–which may be potentially triggering for some people. There is quite a bit of sex, discussion of both Dr. Voth’s and Jack’s specific anatomy, as well as how they interact with others.

Jack’s tale begins with his indentured servitude with Kneebone, a master carpenter, who keeps him shackled to the workbench or the bed at all times. Eventually Jack learns how to pick the locks and begins sneaking out at night, where he meets Bess, a quick-witted, mixed South Asian sex worker, and feels an immediate connection with her, especially when she recognizes him as male–understandable, when he has been seen as female until this point. The thrill of Jack’s truth being seen by someone other than himself is undeniable. The two of them foster a budding romance and Bess convinces Jack to leave Kneebone for good, telling him that he could become King Screwsman–a master thief & lock pick. The narrative details Jack’s first jailbreak and escape from antagonist constable Jonathan Wild, his romance with Bess set against a backdrop of a Plague-threatened London. Along the way they discover the existence of an early hormone serum, which they must keep out of the hands of the terrible Jonathan Wild.

Rosenberg balances between the two voices–the anachronistic manuscript and the contemporary voice of it’s translator in the footnotes–with expertise. There is a stark contrast in styles while exploring similar themes–issues of love and loss and dealing with The Man. But the questioning of the authenticity of the manuscript does bring to mind a question of how many similar narratives might have been lost to history, how many stories of queerness were erased by those who deemed them unworthy of telling. It feels like reading history so often does for those of us who are marginalized–the continual asking of the question, “where are all the people who look and feel like me?”, answered by: “here, under centuries of erasure.” As Dr Voth later says, “the confessions of Jack Sheppard contain, as they say, multitudes. Put more simply, they are not exactly a singular memoir.”

And so the story becomes much bigger than just the life of Jack Sheppard. It becomes about the importance of narratives about, by, and for people who so rarely see themselves reflected in media. It becomes about telling our truths, and defining our own histories.

'Lasting City: The Anatomy of Nostalgia' by James McCourt
'Beacon of Love' by Ann Roberts
'Black Wave' by Michelle Tea