‘So Lucky’ by Nicola Griffith

‘So Lucky’ by Nicola Griffith 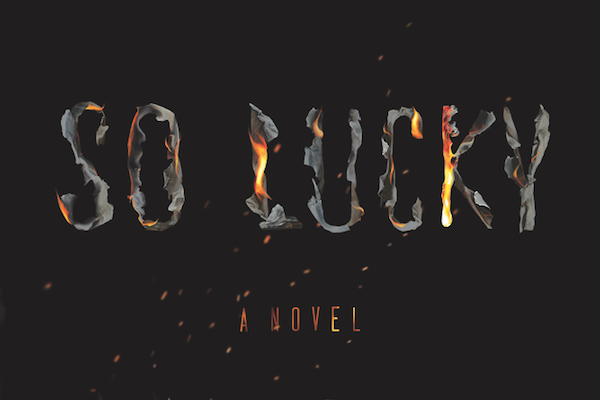 In the first ten pages of Nicola Griffith’s latest novel, thirty-something narrator Mara Tagarelli’s wife of fourteen years announces the end of their marriage, Mara starts a new relationship with an old friend, and she is diagnosed with multiple sclerosis. The rapidity of this chain of events provides a clue to the pace of the novel. In the time span of a year Mara goes from her high profile job as executive director of the Georgia AIDS Project to being the founder and administrator of a 501(c)(3) organization called Cripples Action Team (CAT) with a social media list of 28,000 members. If this career trajectory seems farfetched, it may be because the plot, while requiring a certain suspension of disbelief, seems almost secondary in this clear-eyed call to “break the narrative” of helplessness and dependency imposed on those who are rendered “other” in this ableist culture.

Upon sharing her diagnosis with the Chair of the Board of her Georgia AIDS Project, Mara registers her new position: “I was now on the other side of the divide, no longer one of Us but one of Them.” Days later she is asked to resign. Yet Mara refuses to be a victim. She navigates the world of condescension, pity and self-help platitudes with an angry defiance that challenges expectation and sometimes worries and alienates those close to her.

MS is personified from the first words of the book (“It came for me in November”) and becomes transmuted to a “grinning monster,” a figure with which Mara grapples in the final pages of the novel. This image emerges from Mara’s meeting in a MS support group with ninety-one-year-old Junie who is accompanied by a yappy yellow pug that, as Mara later learns, only she and its owner can see. After illustrating that her dog represents MS, Junie addresses Mara: “Yours, now. Yours ain’t a small dog…. Never seen anything like your great grinning thing.” The older woman’s follow up, “You’re scared? You should be. It’s aiming to kill you. And I doubt you’ll stop it,” drives Mara from the room and stays with her for the rest of the novel.

Besides the woman and the dog, another recurring trope Griffith employs draws on Mara’s two-year-old sister’s pastime of digging up worms in the family garden. Mara recalls:

When she didn’t squish them by mistake she’d drop them in one of those miniature plastic buckets and croon to herself while they hauled their way up the smooth sides to freedom, fighting for every quarter inch. When they got to the top she’d flick them to the bottom again. They kept trying. Over and over. When she got bored she ate them.

A more optimistic emblem occurs when Mara’s ex-wife Rose reads Mara’s cards and produces Osiris as the card representing her current attitude, influences and future. Though Osiris is nominally the king and judge of the dead, Rose explains that the card often signifies “unexpected change. It can mean loss, too. But it’s more about transformation. It’s a very strong metaphor.” This Tarot reading points to the shifts in Mara’s attitude that the novel traces. She used to scoff at Tarot reading; now Mara urges Rose to stay engaged with the practice. In another context, when Mara is initially diagnosed and informed of the MS Society’s yoga class, the former martial artist responds, “Yoga. Chanting and crystals and goodwill to all men. I’d rather hit things.” Yet when she attends the class a year later, she reflects, “I felt good in a way I hadn’t experienced since that night when I reached for the milk and fell down” (the episode resulting in her diagnosis).

An unusual plot twist involving serial killers and a string of hate crimes enables Griffith to explore again the grey area between the real and imagined. Afraid that she will be the next victim, Mara buys a gun and says to herself, “I think I’m being hunted. Or haunted. But I don’t believe any of that. Belief is not data. It’s not real.” Again self-doubt and actuality inform one another in this probing novel that provides no easy answers.

The world of Nicola Griffith’s So Lucky is governed by ableist misconception and ignorance, but it is also marked by hope and human connection. Magic realism is freely employed and crisp, clear language evokes the natural surroundings of the Atlanta in which Mara Tagarelli moves. Miz Rip, the kitten chosen because she fights, is a compelling addition. It’s a narrative that at once informs, confronts, puzzles and engages. I have little doubt that readers who take it up will be rewarded.

'From This Moment On' by PJ Trebelhorn
Emily M. Danforth: Exploring Compelling Young Adult Characters
'If I Told You So' by Timothy Woodward