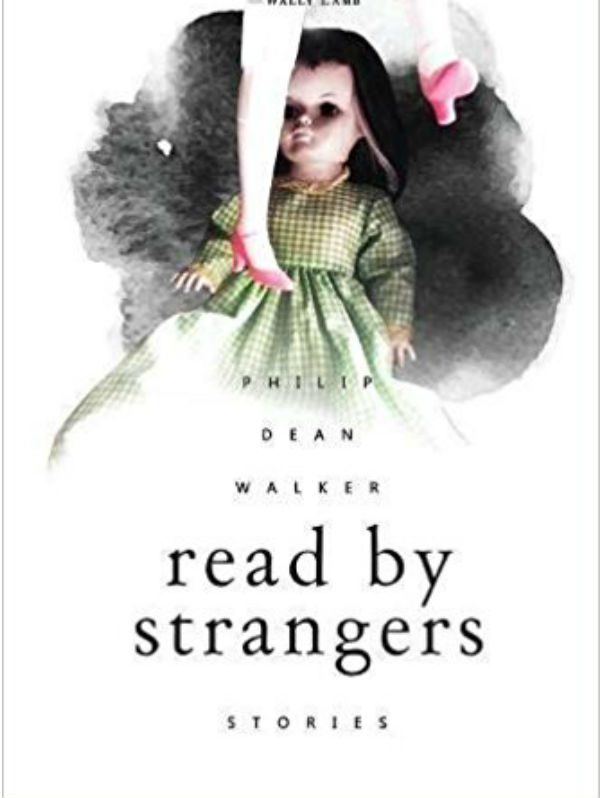 It’s challenging to write prose that’s truly unique without crossing the line into the unduly abstract and esoteric. To write something that challenges convention without confusing the reader. Making the reader think, but still entertaining and providing artistic sustenance. Philip Dean Walker fulfills the early promise of his debut collection of short fiction, At Danceteria and Other Stories, in this, his sophomore effort. Read by Strangers is another completely unique effort by Walker drawing on an imagination rich in fully fleshed, finely drawn characters. In this volume, however, he doesn’t draw them from times past, only a vivid present and, in some cases, future.

In these fifteen stories we meet a wide range of protagonists, some male, many more female. Some gay, many more straight. Walker’s greatest strength in this volume is its women. Many of them are flawed, but we’re left with sympathy for all. There’s the unfulfilled mother having an affair with her daughter’s literature teacher who, on what she swears will be one less assignation at his home, leaves her infant in the car unattended. When confronted with a long lost sister, a middle aged woman is left with only resentment and suspicion. The haunting story “Why Burden a Baby with a Body” gives us a disturbing glimpse of a future where a mother neglects her own infant in order to create one in a video game she is addicted to. These, and many more, characters don’t ask for our sympathy, but Walker does call on us to make sense of their shortcomings. His imperfect characters, like so many of us, are seriously, sometimes fatally, flawed. Yet, they beg to be understood—they are a force to be reckoned with.

His gay male characters bear these same flaws. A gay porn star, who longs to tell himself that his choice of career is an empowered act of self-realization, is only reenacting his own guilt in an incident of teenage gay bashing which ended in a horrible rape. Other gay characters are drawn from the margins of our subculture as well, such as a dug-addicted rent boy struggling to earn the money for his next fix. That’s what makes this collection so different from Walker’s first which drew upon the the celebrated and famous of a past decade we look at with nostalgia. There is no nostalgia in this collection, only hard truth. It’s not peopled with influential cultural figures, but with marginalized figures from the present and future. Yet these stories are nothing if not real, but they’re a vision of reality that while often stark, is always human and forgiving.

But what Read by Strangers is, more than anything, is a highly readable and engaging collection of fiction by one of our best young writers of the short story. It not only makes you think, it makes you think differently about a wide cast of characters that any of us could encounter without knowing their whole story. Authors of short fiction are some of our best story tellers and Philip Dean Walker is rapidly claiming a place as one of our finest and certainly most unique. He writes about lives that resonate with many, no matter their disparity to our own experience. Read by Strangers engages its reader with lives drawn from the periphery of experiences that could be called quotidian or commonplace. His characters are not people who live their lives in an everyday or typical manner. They are faced with decisions that we might not ourselves be called on to make and decide in ways that we ourselves might not decide. Yet for all of this, they are human and they are very real.

Blacklight: Series Debut 'The Last Place You Look' Promises a Complex, No-Nonsense Bisexual Heroine
'The Harvey Milk Interviews: In His Own Words' edited by Vince Emery
'The Heart’s History' by Lewis DeSimone