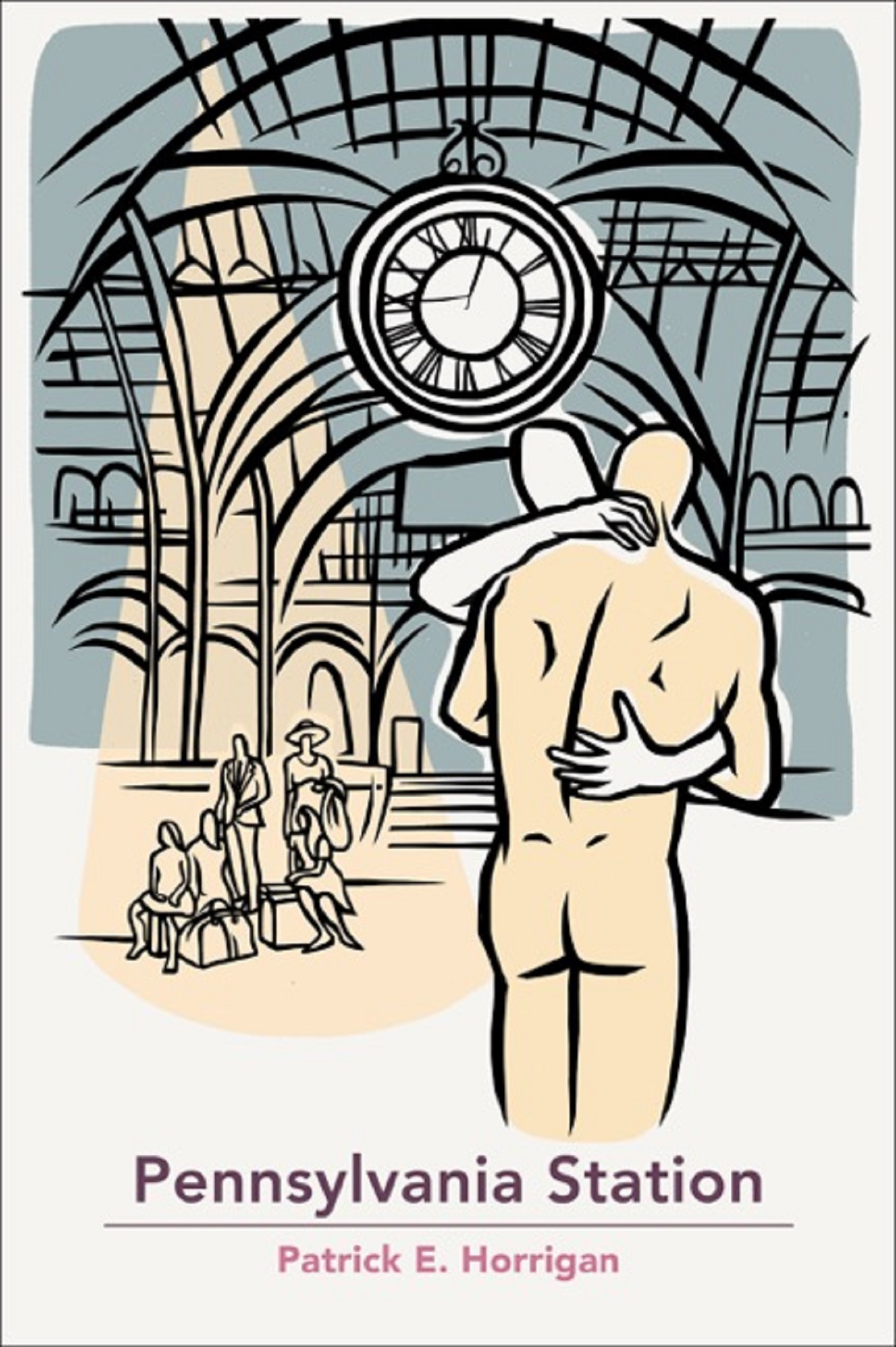 One day, middle-aged architect Frederick Bailey goes to the theater to watch a production of My Fair Lady, and chances upon Curt, a much younger man, during intermission. Curt chats him up, and suggests they meet again later; they exchange phone numbers (this is, after all, set in early 1962). Despite his better judgement, Frederick finds himself drawn to the lively Curt, and becomes entwined with him both erotically and emotionally. Curt eventually moves into Frederick’s Manhattan apartment, and their relationship continues in fits and starts until the summer of 1964, when they vacation together in Italy; at which point their relationship implodes.

Such is the basic plot of Pennsylvania Station by Patrick E. Horrigan. Although the cover copy calls this novel a “mid-century modern Death in Venice,” it is more an homage than a direct retelling. Frederick and Curt do belong to two different generations, and they do visit Venice, but Horrigan takes his novel along a far different path than Thomas Mann’s novella, where the older writer Aschenbach never speaks to or touches the younger Tadzio, much less consummates his desire (Aschenbach also—spoiler alert—dies, which does not occur to Frederick.) Horrigan instead examines what happens when these polar opposites come together. At first, Frederick’s sense of stability and Curt’s vitality complement each other, but Frederick cannot live as openly as Curt, and Curt refuses to live monogamously, or in any way be tied down; more tellingly, they are unable to bridge the chasm between their differing attitudes about being homosexual. Whereas Mann uses his two characters to represent Apollonian rationality and Dionysian passion respectively, Horrigan has the closeted, self-loathing Frederick and the much more open, non-loathing Curt foreshadow and exemplify the conservative, assimilationist, vs. progressive, anti-assimilationist debate that would later consume the modern gay rights movement.

As a counterpoint to this relationship, Frederick becomes involved in trying to save New York City’s Pennsylvania Station from demolition. Although not impressed architecturally by the old station, it represents for him a status quo that he is comfortable with, and therefore would rather maintain. But this is the 1960s, and there are all kinds of changes sweeping America: even Angelo, the attractive waiter who serves Frederick and Curt in Rome, is aware of the growing unrest in America due to the developing civil rights movement, and the increasing military involvement in Vietnam (Much closer to home, Curt becomes involved with the Mattachine Society—and tries to involve the reluctant Frederick—but he finds that he is too radical even for their suit-wearing normalization.)  So while initially hesitant about involving himself in saving Penn Station, Frederick finds himself committed to the cause, much as his involvement with Curt forces him to make decisions about how he wants to continue living his life.

But despite his best efforts, Frederick’s attempt to save the turn-of-the-century train station is doomed, just as is his relationship with Curt. The destruction of Pennsylvania Station, then, parallels the far-reaching changes that occur both in America and in Frederick’s life: by the conclusion of the novel, New York City has changed, America is changing, and certainly Frederick–and even Curt—will never be the same again.