‘My Ex-Life’ by Stephen McCauley

‘My Ex-Life’ by Stephen McCauley 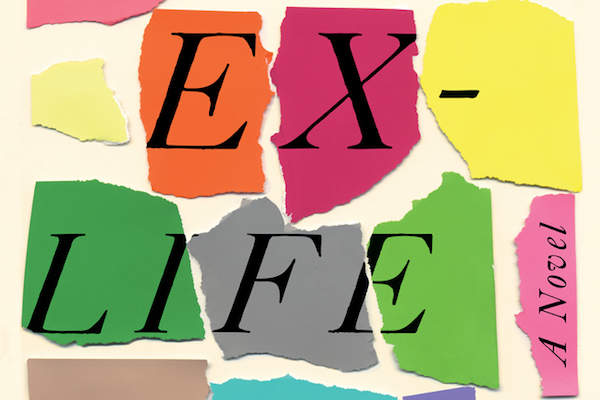 Literature fills so many of our needs—the need for artistic sustenance, to be moved emotionally, and sometimes spiritually. Nothing is more satisfying, however, than what can be aptly described as a plain, old-fashioned”‘good read,”  especially one as well-written as My Ex-Life from skillful storyteller and bestselling author Stephen McCauley.

The two characters at the heart of McCauley’s new novel are reunited by chance, as well as necessity, at a time in their lives where they find themselves in need of the love and support of a good friend—someone who knows them better than anyone. Surprisingly, though, these two old friends are a long-divorced couple, whose relationship was always more of a supportive friendship than a romance. Yes, they complete each other, but in a way that few married couples are able to do, much less sustain.

David and Julie find themselves on opposite coasts, each at an impasse in their middle years. David, a college application consultant in San Francisco, finds himself twenty pounds overweight, and alone after his live-in boyfriend of four years leaves him. Professionally, he’s doing well; personally, though, he’s hit a wall. After splitting up with her second husband, Julie is left to fend for herself in a large old house that’s falling down around her ears in the small Massachusetts seaside resort town where she lives. She’s a teacher at a small college, but for extra income has taken to renting out the rooms she doesn’t use on Airbnb. Through arbitration, her soon-to-be-ex-husband has set a date by which she’ll have to buy him out of her beloved house and have definite plans for her unmotivated daughter’s college career. She reaches out to David for his professional help, but also with a desire to connect again. Not only does David offer to help, but he also comes to stay for the summer.

This is where McCauley’s gifts as a storyteller and a keen observer of human nature take hold of the reader. You fall in love with these two unique characters who, not so uniquely, are facing unforeseen changes in midlife—both failing initially and ultimately succeeding. You’ll see yourself in them and in the other characters that populate this warm and funny story. It’s storytelling at its best. Ancillary characters like Julie’s trophy-wife neighbor and David’s obnoxious-yet-endearing real estate agent and friend provide more depth and many laughs. Julie’s troubled teenage daughter struggles in a moving parallel story about the difficulties of growing up as a modern teen, and makes her own mistakes as the adults in her life make theirs. That’s what gets you, what draws you in about this book—it’s the characters and their all-too-human-faults. You’re always rooting for them. And in McCauley’s world, even the bad guys have a lesson to teach us: We’re all human at the end of the day. Warts and all.

My Ex-Life also has a lot to say about family. Members of the LGBTQ community know better than anyone that the best families are sometimes the ones you find and make rather than those you are born with. These characters find and draw strength from each other at a point in their lives when they need it the most. David left Julie for a man and came out of the closet, and they’ll never be a couple again, but what they can be for each other is the one thing that was best about their marriage: They were best friends and partners in life, each bringing something unique to the other. As friends, they can find it again.